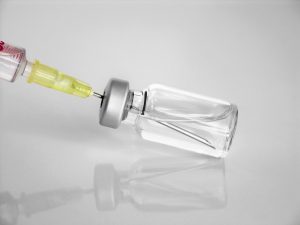 Calling the shots: The COVID-19 vaccines from Moderna and Pfizer-BioNTech are made with messenger RNA (mRNA) technology, which teaches cells how to make protein that triggers an immune response and produce antibodies without using or injecting the live virus. A drawback of these vaccines is that booster shots may be necessary. In contrast, Johnson &Johnson, China’s CanSino Biologics and AstraZeneca are “viral vector” vaccines: made with a harmless cold virus that acts like a Trojan horse to carry genetic material from the coronavirus’s spike protein into the body. That primes the immune system to fight back if the real virus comes along.

The pandemic has accelerated the development and use of mRNA technology, including in new medicines, according to Good Day BIO. As an example, Futurism reports its potential uses range from a vaccine for HIV (Moderna) to customizing a person’s nutrition recommendations. Anima Biotech and Takeda announced they will collaborate to research mRNA medicines for neurological diseases including Huntington’s disease. BioNTech’s Özlem Türeci suggests mRNA could provide a cancer treatment, using the body’s own immune system to attack a tumor.

Effectiveness: This week, Moderna said immunity from their vaccine should last at least a year, while Pfizer-BioNTech believes their vaccine could also be effective against new strains of the virus. Both vaccines, which deliver two doses spaced a few weeks apart, are reported to be 95% effective against COVID-19. Johnson & Johnson’s single-dose vaccine was found to be 66% percent effective at preventing moderate to severe disease and 85% effective at preventing severe disease.

New kid on the block: After a U.S. study involving 30,000 people, AstraZeneca says its vaccine is 79% effective at preventing symptomatic cases of COVID-19, including in older adults. AstraZeneca has yet to receive emergency authorization from the U.S. Food and Drug Administration; its goal is to have this by the second half of April. If so, the company would deliver 30 million doses immediately and an additional 20 million within the first month. The Biden administration projects increased production of the three vaccines already in use will provide enough doses for all adults by May.  Source: SFGate.com

Ain’t no sunshine: Many of the largest hospitals in the country are still not complying with a new price transparency rule that took effect January 1, according to a new analysis by Hilltop Institute, a nonpartisan research organization at the University of Maryland. Sixty-five of the nation’s 100 largest hospitals (by certified bed count) did not meet all the requirements of the new rule. Hospitals must provide publicly accessible standard charge information about the items and services they render, including gross charges, discounted cash prices, minimum and maximum negotiated charges, and even payer-specific negotiated charges. The information must also be machine-friendly and consumer-friendly. Just 22% of the hospitals in the analysis appeared to be fully compliant with the rule’s requirements, with some even exceeding the requirements. Still, researchers said their estimate of 65% non-compliance “is almost certainly an underestimate.” Non-compliant hospitals face penalties of up to $300 a day, according to the Centers for Medicare & Medicaid Services. Which may explain the foot-dragging.

Hiding in plain site: Hundreds of hospitals have embedded special coding within their websites to block previously confidential pricing information from appearing in web searches, The Wall Street Journal reports. Hospital services pricing information must be disclosed under the CMS price transparency rule (see item above), but the coding has prevented Google and other search engines from showing pages with the price list. The code prevents pages from appearing in searches, such as a hospital’s name and prices, computer experts told the Journal. While the prices are still there, it requires clicking through multiple layers of pages to find them. A spokesperson for one hospital system said the search blocker was “a legacy code that we removed;” others said the code had been left on their websites “by mistake.”

Ain’t no sunset: The U. S. Department of Health and Human Services has postponed a final rule that would require HHS to review existing regulations within several years and to invalidate those that are not reviewed, Becker’s Hospital Review reports. HHS postponed the final rule by one year, pending judicial review, amid a lawsuit by activist groups. “The rule does not even specify which of the department’s 18,000 existing regulations are exempted under the limited exceptions. In other words, the outgoing administration planted a ticking time bomb set to go off in five years unless HHS, beginning right now, devotes an enormous amount of resources to an unprecedented and infeasible task,” the lawsuit complaint states. Source: Becker’s Hospital Review 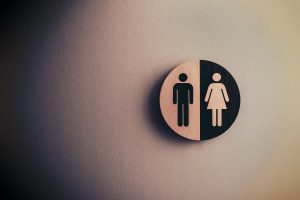 Save paper, spread germs: It’s not the first time we’ve said it or read it, but a new study confirms that those high-speed hand dryers in public bathrooms might save the trees but they are a health hazard, blowing fecal germs every which way. Read more about the study in USA Today.

Georgia case study in telecare: In 2019, Augusta University Health rolled out a grant-funded program to provide telemedicine emergency services at six rural hospitals with two major goals: to improve care and keep the rural hospitals financially viable. By the summer of 2020, COVID-19 led AU Health to shift this tele-ER program to provide critical care consults to COVID-19 patients or patients with other chronic conditions who could not be transferred to higher levels of care. Of the 412 patients treated, nearly 87% were treated for COVID-19, but consults also supported cardiology, gastroenterology and pulmonology care. Just 84 required a transfer to a higher level of care, “a decrease of more than 81% for the rural hospitals participating in the program, which previously had been transferring over 48 patients per month to AU Health.” More than 66% of patients were discharged to their homes, and, important to families, “nearly 9% of patients received end-of-life care within a rural hospital and without transfer.” Read the paper here. Source: Becker’s Hospital Review