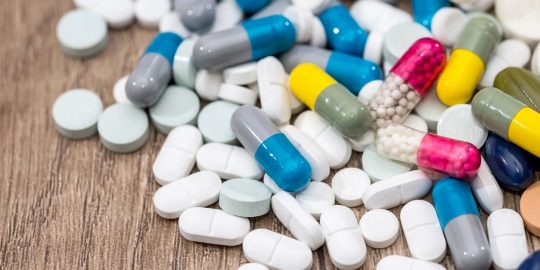 Due to their sheer size and central role in the supply chain, pharmacy benefit managers are responsible not only for the price of the drugs that health plan participants receive, but often which drugs they get.

The COVID-19 pandemic bears a striking resemblance to the Spanish flu epidemic that peaked in October 1918.

Kemp always insisted the strictest measures on Georgians had to last only as long as necessary and no longer. The data indicate that Georgia has flattened the curve, meaning new cases are developing at a slow enough pace its healthcare providers and resources can handle them.

Only three states were still projected as of April 22 to experience a hospital-bed shortage, according to the oft-cited model by the University of Washington’s Institute for Health Metrics and Evaluation. All are expansion states in the Northeast.

The Foundation marshaled its Senior Fellows and colleagues around the nation and compiled a list of policies that could be implemented quickly to ease the burden on providers, educators, businesses and families as the pandemic continues.

The Foundation has compiled a list of policy proposals as the state of Georgia copes with the uncertainties surrounding the novel coronavirus.

Over the years – in some cases, decades – our state leaders have declined to enact some important policies that would have put us in a better position.

The response by state officials thus far has been practical and preemptive, lessons honed in recent years.

By providing a higher reimbursement for Obamacare-expansion enrollees, the federal government is now discriminating against the traditional Medicaid populations in favor of the able-bodied, working-age adult population. That’s unfair to those who Medicaid was intended to serve and leads to some diversion of services away from traditional Medicaid enrollees.

Between them, Governor Brian Kemp’s proposals would make coverage more affordable for all uninsured Georgians and many who are insured, not only those covered by expanding Medicaid.

The Trump administration continues to push for fundamental changes in our healthcare system. If Congress would do its part, the system would be radically different than it was when Trump took office.

Georgia won’t save struggling hospitals by expanding Medicaid, so a different solution is need to address the very real problems these hospitals face.

Of all the things we might do to improve our healthcare system, the one reform that is more important is that we must make it profitable to take care of sick people.

A new report offers ways Georgia can utilize waivers to lower healthcare costs, improve access to better insurance options, restore the primacy of the doctor-patient relationship, and ultimately blaze a trail for other states to follow.

The Georgia Public Policy Foundation supports the use of a Section 1332 State Innovation Waiver under the Affordable Care Act (ACA).

This study assesses the cost-effectiveness of an insurance administration-free, hospital-based clinic designed to provide a full array of primary care services to low-income individuals at little or no cost.
Load More