Great news for Georgia and the Georgia Public Policy Foundation!

The Foundation was named one of the “Best Independent Think Tanks” in the 2017 Global Go-To Think Tank Index Report (page 181). What’s especially significant is that the Foundation is ranked among organizations with much larger budgets. It proves what we tell supporters: The Georgia Public Policy Foundation offers the best bang for your buck, an impressive return on investment. Support the Foundation and its mission here.

“The foundation of national morality must be laid in private families. … In vain are Schools, Academies, and Universities instituted, if loose principles and licentious habits are impressed upon children in their earliest years. … The vices and examples of the parents cannot be concealed from the children.” – John Adams (1778)

“To simplify the concept of relativity, I always use the following example: if you sit with a girl on a garden bench and the moon is shining, then for you the hour will be a minute. However, if you sit on a hot stove, the minute will be an hour.” – Albert Einstein

“Why is it that millions of children who are pushouts or dropouts amount to business as usual in the public schools, while one family educating a child at home becomes a major threat to universal public education and the survival of democracy?” – Stephen Arons 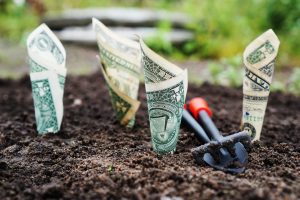 Congestion index: Metro Atlanta’s traffic congestion is ranked No. 8 on the latest Inrix Global Traffic Scorecard. Georgia is building out its metro area managed lanes into a network of dynamically priced express toll lanes that will serve as a transit network for express bus service, too. Expect mobility to improve as driving patterns change: Much like Georgians have learned to price airfares by time of day and hotel stays by season, commuters will learn to consider the value of their trip time and route.

Pension uncertainty: On January 28, 2018, the Dow Jones stock index closed at a record high of 28,610. Nine days later, the Dow index hit an intraday low of 24,198, a drop of over 15 percent. Since then the Dow index has recovered somewhat. As states deal with their pension liability, such fluctuations are “a sobering reminder that permanently high returns on investment are not guaranteed,” Edward Ring of the California Policy Center notes.

Tax returns: Georgia Gov. Nathan Deal announced this week he will push for tax relief for Georgians, seeking to adjust state taxes to account for the impact of the federal tax reform bill Congress passed in December.

Room for reform: The 2017 tax overhaul doubled the child tax credit, without necessarily increasing the percentage of children with health coverage, John Goodman notes in Forbes. CHIP (PeachCare in Georgia) remains the must-go-to single-payer health insurance for children: “Parents aren’t able to use their CHIP funds to enroll in a private plan. There is no expansion of Health Savings Accounts. No opportunity for low-cost, very efficient concierge (direct pay) care. As far as health care taxes and children are concerned, it was business as usual.”

Dying younger: A combination of drug and alcohol abuse and suicides has led to a decline in U.S. life expectancy for the second year in a row, according to a new report  in the BMJ, formerly known as the British Medical Journal. Source: USA Today

Welfare reform: In a commentary on the Georgia Public Policy Foundation’s Forum, Georgia Congressman Drew Ferguson shares his intent to initiate a conversation on welfare reform. He writes, “The dignity of work is an essential part of the American experience. Our nation was built by generations of doers, but our current welfare system is robbing our fellow citizens of their ability to contribute to society.”

Staying home: Young adults are experiencing traditional milestones such as getting a job, marrying and having children at a later age than their parents, according to the U.S. Census Bureau. The most popular living arrangement? A third of young people, or 24 million of those 18 to 34, lived under their parents’ roof in 2015, and one in four of those 25-34 are neither studying nor working.

This month in the archives: In February 10 years ago, the Foundation published, “Express Toll Network Can Drive Congestion Relief.” It noted, “At the same time as an express-lane network frees space in general-purpose (no-charge’) lanes, it helps fund the cost of adding lanes and enlightens motorists on how to value the roads they use.”