As terrorists were detonating deadly bombs in Beirut, hundreds of liberty-minded activists from around the world were gathered in New York City for the annual Atlas Network’s Liberty Forum.

As terrorists were detonating deadly bombs in Paris, hundreds of liberty-minded activists were heading home, strengthened with the intellectual armor to champion liberty. They returned home to take on misguided progressives in some cases and brutal oppression in other cases. 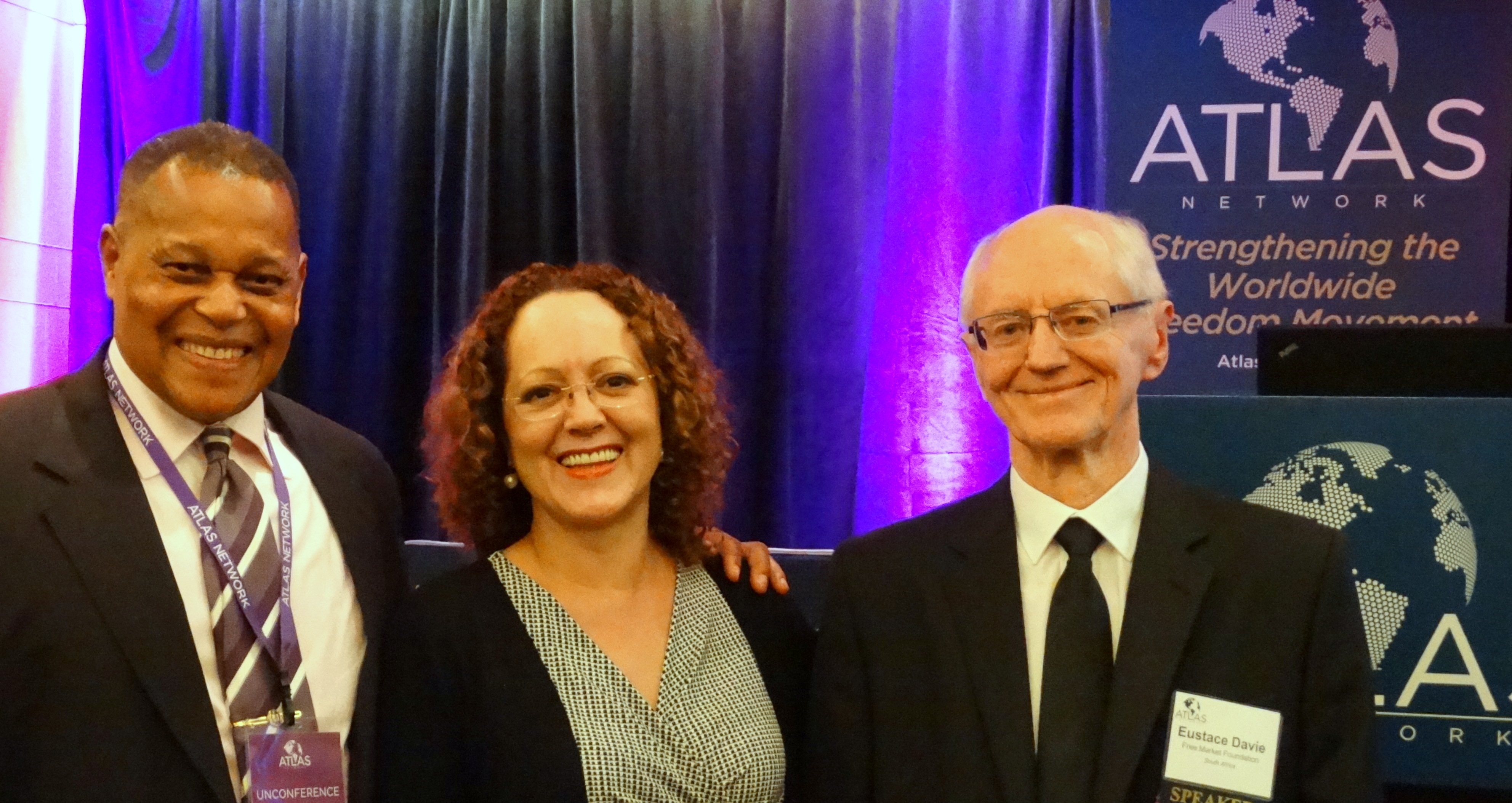 In New York, the organizations shared ideas and a unity of purpose reflecting optimism and promise for their homelands. At the “Think Tank Shark Tank” competition, contestant Giannina Raffo of Venezuela’s CEDICE pitched the Inflatio-meter, which would allow ordinary Venezuelans to access the data that government is hiding (because it confirms national economic disaster). Government controls much, Raffo said, but it can’t control education by hashtag.

Isack Danford of Tanzania’s Uhuru Initiative wanted the $25,000 prize to educate 5,000 young Tanzanians on how to start a business – and include a dose of free-market philosophy; Richard Lorenc of the Atlanta-based Foundation for Economic Education used his six minutes to explain how the money would fund FEE’s “Economics in a Day” crash-course teacher plan.

Admir Čavalić of Bosnia and Herzegovina-based Multi was the winner for his plan for a “Balkan Liberty Fest” in the once-war-torn region.

“Libertarians are winning the intellectual arguments, but we are losing on emotions,” Čavalić said. “People from the left are extremely good at this, and they tend to inspire and empower our youth with their ideas, although they don’t have any arguments. That is why we need to win the battle for culture, and a festival is a great way to show that the ideas of liberty are trendy and exciting – something that young people want.”

One judge asked Danford about his organization’s budget – a question that only the African think tank faced, but with an answer many others might have given. Danford said it was the equivalent of $10,000. He should have responded, “A dollar goes a long way in my country; the international accolade itself from Atlas is more valuable than gold to our credibility!”

The prestigious $100,000 Templeton Award went to the Acton Institute for its documentary, “Poverty, Inc.” It’s a painful lesson about a road paved with good intentions: that international organizations donating food, clothing and aid to struggling nations are, in fact, undermining entrepreneurship, industry and the economy in those countries. Who will buy a pair of shoes when TOMS, the “One for One Company,” gives them away? What does that do to the shoe store owner and the jobs he could have paid for? What happens to jobs at the local shoe manufacturer?

The other candidates for the Templeton Award were:

As participants left New York City, the terrorist attacks were stark reinforcement that championing freedom is even more important where the hold on it is most tenuous. Americans elect leaders with the expectation they will protect our borders, preserve our freedoms and promote government transparency. We’re shocked to hear that Venezuela hides economic data and rations even toilet paper; we mourn with France as Paris reels from deadly terrorist attacks.

Few Americans understand the quiet persistence of the state and national public policy organizations toiling to rein in government and champion individual liberty and opportunity. Think tanks are constant thought leaders, working to educate citizens and policy-makers on policy ideas that minimize the role of government. The work is dangerous for some groups, protracted for many, and thankless for most.

As Thanksgiving approaches, your favorite public policy research group – the Georgia Public Policy Foundation, we hope, for Georgians – would be proud to be thought of as a “thank tank” instead of a “think tank.”

Find out about Atlas Network here.

Find out about the U.S. State Policy Network here.

© Georgia Public Policy Foundation (November 20, 2015). Permission to reprint in whole or in part is hereby granted, provided the author and her affiliations are cited.