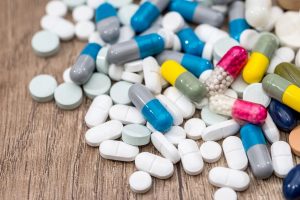 Health policy was a popular issue in the closing weeks of the Georgia General Assembly, as would be expected for a session interrupted by a pandemic. Among the healthcare legislation passed in the waning days that should be highlighted and commended is a bill intended to better regulate how pharmacy benefit managers operate.

Few people are aware of the role of a pharmacy benefit manager in their lives. That’s because when a consumer fills a prescription, most entities involved are visible. The consumer picks up the drugs from a local pharmacist, representing the pharmacies. The insurance card often provided to help cover the price represents the health insurance plans. The drug itself is manufactured by the pharmaceutical company.

Tying all these entities together, however, is the less-obvious pharmacy benefit manager, or PBM. PBMs are brokers in the complex world of the pharmaceutical supply chain. The role of PBMs is not easily apparent when it comes to drug pricing, but it is vital to the way in which drugs are prescribed. If the drug industry is a hub-and-spoke model, then PBMs are at the center because of how they interact and drive every other component.

PBMs are responsible for developing and maintaining the lists (known as formularies) of covered medications for health insurers. This information helps determine a consumer’s out-of-pocket costs. PBMs also negotiate the pricing of the drugs from the manufacturers, making use of their purchasing power to establish rebates and discounts. Lastly, PBMs contract directly with pharmacies to reimburse them for the drugs they dispense.

Here is why it is important the Legislature acted.

Due to their sheer size and central role in the supply chain, PBMs are responsible not only for the price of the drugs that health plan participants receive, but often which drugs they get. Rebates are typically calculated based on a percentage of the manufacturer list price.  Although somewhat more complicated in practice, consider a scenario where the rebate is 50%: If a brand-name drug is available for $1,000 and a generic drug available for $100, a PBM would be financially incentivized to drive sales towards the brand name, with a rebate of $500 compared to $50.

Consumers – and health insurance plans – rarely receive any type of shared savings from these rebates.

If that was not confusing enough, health plans often reimburse at a higher rate for generic drugs than what the PBMs pays the pharmacy. This is known as “spread pricing.” Once again, the PBMs retain the difference.

To reduce this practice, the Legislature passed a bill that would open PBMs to auditing by the state and offer public price transparency.

PBMs have not always acted in this manner. After their creation in the late 1960s, they were essential to filling prescriptions in a timely and efficient manner and keeping drug prices low. Early on, as independent brokers, they used their large networks of covered lives to negotiate independently with both pharmacies and manufacturers and ensure those savings were passed along to health plans and consumers.

Once pharmacy conglomerates (like CVS) acquired their own PBMs (like Caremark, now CVS Health), they took charge of setting the drug prices, leading to higher prices for drugs in independent pharmacies than in their own pharmacies. Further diminishing competition, they took to direct-marketing their affiliated pharmacies to beneficiaries, which is known as steering.

The new legislation would reduce these practices by prohibiting PBMs from directly marketing or requiring plan participants to use their affiliated pharmacies.

Transparency efforts such as these are among the steps Georgia can take to bring down healthcare costs. Healthcare economists see it as “competition.” Consumers will see it as “choice.” Everyone, including PBMs, should see it as a positive move.

© Georgia Public Policy Foundation (July 2, 2020). Permission to reprint in whole or in part is hereby granted, provided the author and his affiliations are cited.