(The Georgia Public Policy Foundation and the Competitive Enterprise Institute released this Issue Analysis that discusses the impact of federal banking laws in Georgia.) 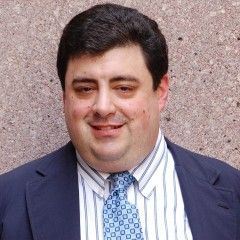 Few states have been hit as hard by the financial crisis as Georgia.  With her economic engine humming and unemployment hovering around 5 percent for several years until 2008, Georgia suddenly saw thousands of mortgages our and dozens of banks fail in a slide that continues to this day.

The Federal Deposit Insurance Corporation has closed at least 80 banks in Georgia since 2008, more bank failures than in any other state in the union.  Even the largest banks in the Peach State are facing a struggle.  In March, Atlanta-based Sun Trust Banks Inc. failed a “stress test” administered by the U.S. Treasury Department to large banks.  Although the bank appears to be in no immediate danger, this failure means at the very least that Sun Trust may have to curb some lending to local businesses until it has the balance sheet strength to withstand a future “stress test.”

Dismal economic statistics for the state at large match the disappointing bank figures, indicating that Georgia’s businesses are still heavily impacted by the fortunes of local banks.  After years of being below the national average, unemployment rates shot up to a high of 10.5 percent in late 2009.  The unemployment rate has decreased recently, but is still around 9 percent.  According to the U.S. Department of Labor’s Bureau of Labor Statistics, only six states and the District of Columbia have higher unemployment rates than Georgia.

And when it comes to economic growth, Georgia has long gotten many of the public policy fundamentals right.  Georgia is a right-to-work, relatively low-tax state.  Government spending is under control in comparison to other states and Georgia has maintained AAA rating from Standard & Poor’s even after the United States was downgraded.  The state ranks 14th on the Competitive Enterprise Institute’s “Big Labor vs. Taxpayer Index,” scoring high because of right-to-work laws, low union membership in the private and public sectors, and one of the smallest state pension liabilities.  Similarly, Georgia ranks 10th in economic outlook in “Rich States, Poor States: ALEC-Laffer State Economic Index,” which measures tax and regulatory burdens among the states.