As a native of South Africa who grew up under apartheid and was handed a second-class education, I often share with friends and colleagues that I’ve succeeded in spite of my education, not because of it. I owe my success to teachers who prodded me to aim high and who accepted no excuses.

Others were not as fortunate as I to have demanding teachers. That’s why I am an enthusiastic and committed supporter of school choice and empowering parents who want an option for their child other than the school in their ZIP code. Why I believe that families’ pocketbook challenges shouldn’t hold students back where innovative opportunities are available. And why I believe the money should follow the child.

Sadly, as a prolific poster on social media, I also observe the fanatical opposition from school boards, and many teachers and parent-teacher associations, to change. The resistance began, and continues, with the independence of charter schools. Its latest iteration is the Governor’s initiative for an Opportunity School District for chronically failing schools.

An article in The Atlanta Journal-Constitution discusses the opposition to the constitutional amendment on the Nov. 8 ballot that would ratify the Opportunity School District:

The constitutional amendment would allow a superintendent appointed by the governor and confirmed by the Senate to take control of schools deemed to be failing and shut them down, or run them with or without the local school boards’ involvement, or convert them to a charter school under independent management. Teachers could be removed and then laid off by their school districts. Schools are targeted for takeover based on their scores on the College and Career Ready Performance Index, a kind of school report card authored by the Georgia Department of Education.

“This amendment is really just about privatizing education and taking money away from taxpayers and their communities and giving it to private, for-profit companies,” Barrow school board vice chairwoman Lynn Stevens told the newspaper.

I can’t for the life of me fathom what these defenders of the status quo see right in “Local Control” that’s failing children or wrong in “for-profit companies” in America, the land of the American Dream, free enterprise and opportunity.

It reminded me of the story of the drowning man who prayed to God to rescue him, but didn’t recognize help when God sent it. So I adapted that tale to the issue of education in Georgia: 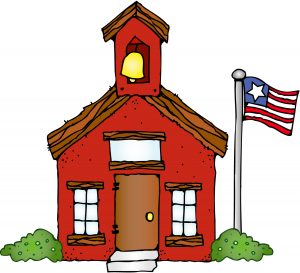 A school system was drowning in academic failure. It climbed onto the roof of the schoolhouse and waited for Local Control to rescue it. A for-profit school management company came by in a canoe and said, “The waters will soon be above your school house. Hop onto our charter school canoe; we’ll give struggling kids an option and paddle to safety.”

“No thanks. How can you want to profit from teaching our children? There has to be something wrong with that, right?” replied the failing school system. “In any case, I’ve prayed for Local Control and I’m sure it will save us.”

A short time later the champions of Education Savings Accounts came by in a motorboat. “The waters will soon be above your schoolhouse. Give us the opportunity to let the kids decide whether they’ll hop in and be taken to safety.”

“No thanks,” replied the failing school system. “We’re in this together, all for one and one for all, you know. I’m waiting for Local Control to save us all!”

A little time later, a state-provided rescue services helicopter hovered overhead, let down a rope ladder and said. “The waters will soon be above your schoolhouse. Climb the ladder. We’ll fly you out of the reach of the floodwaters and once your kids are succeeding on the higher ground of an Opportunity School District, you can go your own way again.”

“No thanks” replied the failing school system. “It’s only been three years of ‘chronically failing’ so far. I’ve prayed for Local Control all this time; I’m sure it will save us all.”

All this time the floodwaters of failure continued to rise, until soon they reached above the schoolhouse roof and the entire community was devastated by a flood of delinquents and poorly educated young people. Those who could afford to escape the economic devastation looked elsewhere for success and the town struggled with crime and unemployment.

The school system realized nobody was coming to rebuild. It went to Local Control and demanded an audience. “Why have we failed? I trusted you to rescue us from failure!”

“I tried,” replied Local Control. “But you didn’t recognize rescue. “You thought ‘Local Control’ means the existing system of bureaucracy that is chronically failing your children. But ‘Local Control’ is what’s closest to the child. It means enabling families of struggling children to choose from quality options. It was about the children … the families. And you never let us rescue them.”