This is Week 12 of the Friday Facts’ focus on the coronavirus pandemic across the nation and in Georgia. View previous editions here. View the Foundation’s near-term proposals here. Share your ideas: Email us at info@georgiapolicy.org. 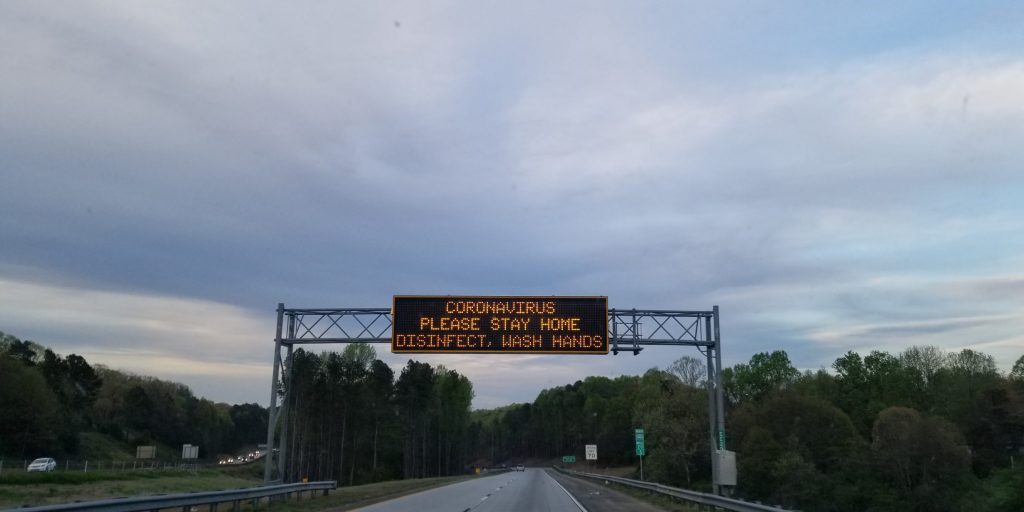 “There are two ways of exerting one’s strength: one is pushing down, the other is pulling up.” – Booker T. Washington

“When one side only of a story is heard and often repeated, the human mind becomes impressed with it insensibly.” – George Washington

“The principle means of supporting entrepreneurs, and all business owners, is for governments to do their job: to protect life, liberty, and property and to establish the secure conditions that allow working people and business owners to earn a living.” – John Couretas

Deadline: Early voting ends today for Georgia’s June 9 primary. Because of the pandemic and shelter-at-home orders, the Secretary of State’s Office sent out absentee ballot request forms to all 6.9 million active registered Georgia voters. As of Thursday, Georgia voters had cast 1,033,585 ballots. Of those, 810,024 were absentee by mail ballots, nearly 80% of the ballots cast so far.

Legislature: The Georgia Legislature will resume its suspended session on June 15 – not June 11, as had been declared earlier – according to a joint letter from the House and Senate leaders.

Policy proposals: The Foundation proposed a series of policies for near-term relief during the pandemic, as well as principles to guide and oversee policy reforms and an Issue Analysis tackling fiscal policy considerations for Georgia. Additionally there are several commentaries from Senior Fellows on fiscal opportunities, school choice and education funding.

Budget: In May, Gov. Brian Kemp directed all state agencies to find ways to reduce budgets by 14% for fiscal year 2021. This week, he revised that to a cut of 11% instead as he cited the state’s “reassuring signs of fiscal resilience.”

Shutdowns: Georgia’s public health state of emergency is scheduled to last through June 12.

Upgraded: An analysis of all 26 University System of Georgia colleges shows significantly more “A” grades awarded this spring and lower rates of students failing or withdrawing from courses. All colleges moved to online learning on March 16. Despite the pandemic, “A” grades increased to 52.4% compared to 44.1% in spring 2019, while students’ failing or withdrawal rate decreased from 14.3% to 12.2%. Source: University System of Georgia

Congestion relief: At the height of the shutdown in early April, Georgia saw a 40-50% decrease in traffic volume, according to Russell McMurry, commissioner of the Georgia Department of Transportation. But compared with May 2019, traffic now is down only 25-30% statewide – right in the wheelhouse for making traditional delays disappear. As for whether a continuing adjusted work pattern and slow economy would affect GDOT’s future plans, “Over the long term we will have to make those decisions and that analysis to see what the new normal is,” McMurry said. Source: Gridlock Guy

Don’t do as I say: For at least a month, transit agencies have urged people not to ride transit unless they are “essential workers.” They are outraged, however, that the Centers for Disease Control and Prevention did likewise. A CDC advisory page for employers of office workers urges them to “Offer employees incentives to use forms of transportation that minimize close contact with others, such as offering reimbursement for parking for commuting to work alone or single-occupancy rides.” Source: TI.org

Job losses: New unemployment claims filed last week dropped to 1.88 million, the first time since mid-March that claims did not exceed 2 million. The total number of claims filed since the pandemic fallout on the nation’s businesses surpassed 42 million in 11 weeks. Source: The Center Square

Reopenings: A survey of companies by commercial real-estate giant CBRE finds that as companies phase in reopening, 52% of employers expect to give employees the option to work from home for the foreseeable future, although this will vary widely by industry sector and type of operation. Just about one in five companies will allow visitors, while about 60% plan to provide face coverings for staff. Source: EHS Today

Pandemic and protests: In the midst of the stress and trauma of the pandemic that shut down the nation and is blamed for at least 100,000 deaths across the United States, George Floyd, an African-American man, died after being restrained by police in Minnesota. Ensuing protests, riots and looting led to the arrests of at least 10,000 people in dozens of cities, with hundreds of businesses damaged. Atlanta was among the cities that imposed a curfew. Source: News reports

Protests, riots and police: An op-ed in The Wall Street Journal urges “A Proactive Approach to Abusive Policing,” including greater latitude for police departments to investigate civilian complaints against officers. “State laws and union contracts often prohibit leaders from making use of complaints unless they’re ‘sustained’ – found to have merit by an investigator – after a long and highly regulated investigation. Moreover, even for the rare civilian complaint that is sustained, any major disciplinary consequences are typically subject to lengthy arbitration or appeals.”

Status updates: The Georgia Department of Public Health’s COVID-19 status reports, have once again changed frequency. On Tuesday, the department began updating the status report just once a day, at 3 p.m., to “allow time to process and validate laboratory and case reports to improve data quality and accuracy,” The Georgia map provides reports on county-level cases and deaths. Visit the website here.

Suspended: At least 604 federal, state and local regulations have been waived or relaxed since the pandemic began, according to a list compiled by Americans for Tax Reform.

This month in the archives: In June 25 years ago, the Foundation published, “The Unlimited Savings Allowance (USA) Tax Proposal.” It noted, “[I]t is time to scrap the current individual and corporate income tax and replace it with a new tax system that works. What do I mean by a tax system that works? I mean a tax system that encourages saving and investment – the keys to economic growth.”

Georgia and the Georgia Public Policy Foundation lost a great friend and champion this week. Oscar Poole, founder of Poole’s BBQ in Ellijay, and an unimistakable, larger-than-life stalwart at many GOP conventions, passed away May 31 at age 90. He was just three weeks away from he and his wife, Edna, celebrating their 70th wedding anniversary. His presence will be sorely missed. Our condolences to his friends, family and colleagues.