Georgia legislators get lots of input on lawmaking and good policy. The Georgia Public Policy Foundation provides legislators with a “Guide to the Issues.” After every election year, the Biennial Institute at UGA’s Carl Vinson Institute offers “an orientation to the legislative process for new lawmakers and timely policy sessions for all attendees.” 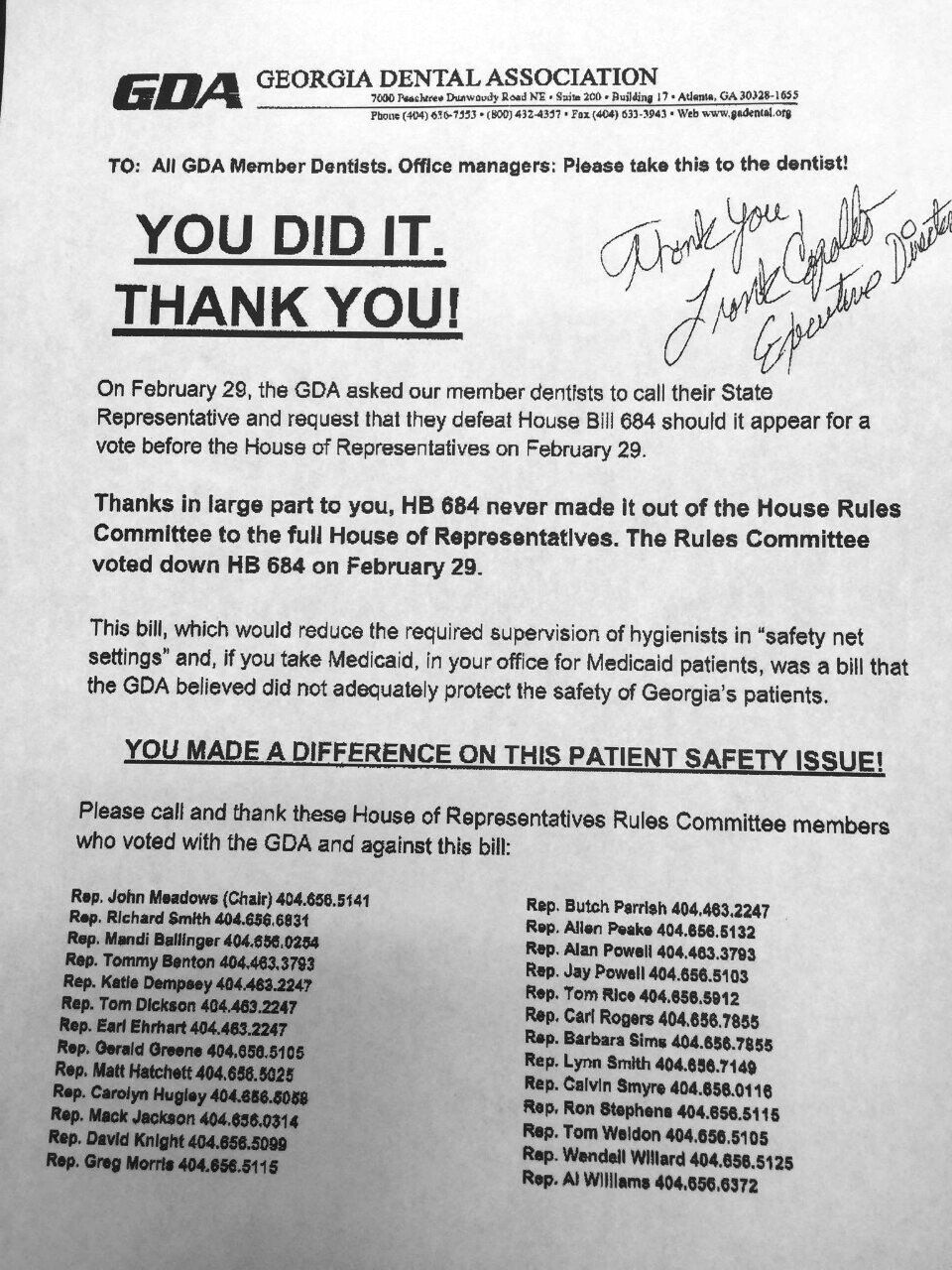 Despite the expectations of educated, accountable and responsible lawmaking, however, Georgians often see questionable legislation become law. They also see legislation considered good – or at least, harmless – blocked, leaving many scratching their heads as to what’s happening under the Gold Dome.

What’s the common thread? It’s explained in the title of a new book from the Institute for Justice: “Bottleneckers: Gaming the Government for Power and Private Profit.” (Encounter Books, $27.99). Written by William Mellor and Dick Carpenter, the book describes a “bottlenecker” as “anyone who uses government power to limit competition and thereby reap monopoly profits and other benefits.”

“Bottleneckers work with politicians to constrict competition, entrepreneurial innovation and opportunity. They thereby limit consumer choice; drive up consumer prices, and they support politicians who willingly overstep the constitutional limits of their powers to create, maintain and expand these anticompetitive bottlenecks,” the book explains.

In an interesting tie to Georgia’s craft brewery direct-sale difficulties, “bottleneckers” got their name from the post-Prohibition, alcohol-distribution industry, where all liquor sales must flow through distributors as middleman. (To retail your product, you require a distributor.)

The book also cites Georgia’s egregious, expensive occupational licensing law for music therapists. Requirements include a bachelor’s degree in music therapy approved by the American Music Therapy Association, which lobbied for the law. It requires 1,200 hours of clinical training, 180 hours of pre-internship experiences and 900 hours of internship experience. The upshot of these onerous requirements: fewer therapists and higher costs to Georgians.

In every case, the heavy, arbitrary hand of government wields power unjustly to protect special interests while jobs, innovation, entrepreneurship and opportunity are “bottlenecked,” becoming casualties. No matter where it happens, it’s bad governance, bad economics and disrespectful of citizens. And it must be stopped.

Carpenter, director of strategic research at the Institute for Justice and a professor at the University of Colorado, Colorado Springs, is the keynote speaker for the Georgia Public Policy Foundation’s February 22 Leadership Breakfast, where he will discuss the book. Register here.

© Georgia Public Policy Foundation (February 17, 2017). Permission to reprint in whole or in part is hereby granted, provided the author and her affiliations are cited.