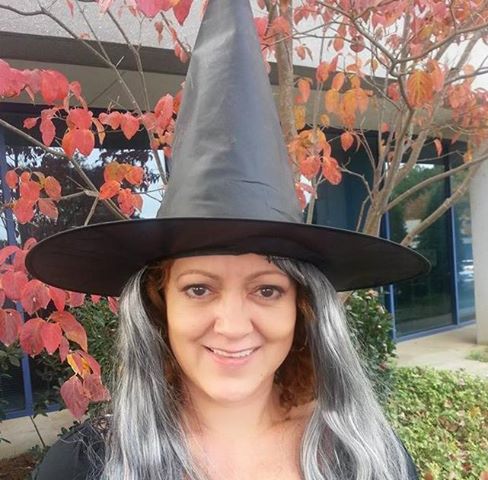 If you missed the Georgia Legislative Policy Forum on September 19, you missed a great discussion on health care and alternatives to Medicaid expansion for Georgia’s uninsured. Watch streaming video of the event online at www.georgiapolicy.org/?p=14456.

I know you’re worried the Centers for Disease Control and Prevention is botching its handling of Ebola, but never fear! The CDC has Halloween covered for you! In fact, the agency even paid someone to write advice for each letter in SAFE HALLOWEEN. As in, “Hold a flashlight” for “H'” and, “Look both ways,” for “L.”

Have you ever heard the term “veterinary medicine?” For those of you who thought only the airlines could make you feel like cattle, a Washington Post article could change your mind. Physician Leana Wen admits to her own disability – stammering – and describes how a stutterer, rather than admit his speech impediment, agreed in the ER that he had chest pains rather than admit the painful truth: A stressful social situation had aggravated his stammer. “Patients may have unnecessary tests ordered because of their disability. Doctors and nurses label this approach ‘veterinary medicine.’ In other words, just as for an animal that can’t speak for itself, they order tests rather than talk to patients who are perceived as being ‘slow’ or ‘difficult.’” The upshot: inadequate and inappropriate care.

Pork-barrel science: Senator Tom Coburn (R-Okla.) has released his Wastebook 2014, an annual list of 100 government projects his offices deems to be a waste of taxpayer money. As LiveScience reports, these projects include a number of science-related ones. Among the projects highlighted is a study of mountain lions that taught them to walk in treadmills and outfitted them with tracking collars to study their movements; a project studying gambling in monkeys; and a study of how quickly invasive saltmarsh cordgrass grows. A scientist whose research was targeted by Coburn opined, “It is unfortunate and sad that public safety and well-being is being threatened by politicians’ hasty efforts to promote their political agendas.” May I add, it’s unfortunate and sad that researchers’ focus on obscure issues threatens to hinder life-changing progress.

Ebola by the numbers: $32 billion – the World Health Organization’s projected cost of Ebola. 1.4 million – how high the Centers for Disease Control and Prevention says the number of infected could reach in West Africa by January if there are no “additional interventions or changes in community behavior.” $500,000 – Including indirect costs such as the disruption at the hospital, the estimated cost of treating Eric Duncan, the Ebola patient in Dallas who died after nine days in isolation.

Georgia precautions: Kudos to Governor Nathan Deal, who announced this week that Georgia will increase Ebola monitoring for all in-bound travelers from affected countries, noting that, “Atlanta’s Hartsfield-Jackson Airport is one of five points of entry into the United States from affected areas.”

Vaccine collaboration: U.S. company Johnson & Johnson and Britain’s GlaxoSmithKline plan to collaborate on the development and large-scale production of an Ebola vaccine, according to a Reuters report. The World Health Organization (WHO) hopes that tens of thousands of people in West Africa, including frontline health care workers, can start receiving Ebola vaccines from January as part of large-scale clinical trials.

We’re from the government and we’re here to ‘help:’ In 2006, Congress appropriated $47 million in supplemental funding to the Department of Homeland Services for “necessary expenses to train, plan and prepare for a potential pandemic” Now, the DHS Inspector General has issued an alarming report on its pandemic-readiness, citing out-of-date equipment and haphazard spending. “In other words, we could not determine the basis for DHS’ decisions on how much or what types of pandemic preparedness supplies to purchase, store, or distribute,” according to the audit. “As a result, the department may not be able to provide pandemic preparedness supplies that are adequate to continue operations during a pandemic,” Inspector General John Roth told the House Oversight and Government Reform Committee. Source: Bizjournals.com

Nobel prize or Darwin Award? The National Center for Homeopathy announces, “The good news is that a small international team of experienced and heroic homeopaths have arrived in West Africa, and are currently on the ground working hard to examine patients, work out the ‘genus epidemicus,’ and initiate clinical trials.” (Thank you again, Governor Deal!)

Cases in point: Amber Vinson, the nurse who was infected with the Ebola virus while treating an infected Liberian in Dallas, was released from Emory University Hospital’s special isolation unit today, free of the deadly virus. Vinson was one of two nurses at Texas Health Presbyterian Hospital to come down with the virus after treating Eric Duncan, who died at the hospital October 8. Vinson’s trip from Dallas to Cleveland, Ohio, to spend a weekend planning her wedding outraged Americans. But the nurse, who had a low-grade fever when she made her return flight, had consulted the CDC before making the return trip and was cleared to go, the agency later confirmed. The CDC came under fire for what many said was ineffective monitoring. … The other nurse was released Friday from the National Institutes of Health hospital in Bethesda, Md. … Meanwhile, a doctor diagnosed with Ebola five days after returning from fighting the outbreak in Guinea is reported in serious but stable condition in a New York hospital. Before symptoms appeared, he rode Uber, city subway lines and went to a bowling alley. And another health care worker plans to file suit after being quarantined in New Jersey upon her return from treating Ebola patients in Africa. … Twitter user Ben Howe ‏(@BenHowe) remarked, “Wouldn’t it be reasonable to think that Dr. Craig Spencer knew more about how Ebola spreads than (quarantined) Nurse Kaci Hickox? Yet he caught it…”

Can you catch Ebola from riding public transportation? People who rode in the same subway car either with the New York physician, or after he left it, have “very minimal to zero risk” of catching Ebola, said a representative for the Infectious Diseases Society of America. That’s because Spencer wasn’t experiencing symptoms when he rode the subway, and the virus can only be spread once someone is symptomatic, the representative said. As far as they know, that is. … Source: Metro Magazine

When is a cancellation not a cancellation? When it’s an “invitation, according to the Obama administration. Insurance-policy cancellation notices issued as a result of ObamaCare regulations ought to be perceived as “invitations” to purchase new plans, Joanne Grossie of the federal Health and Human Services Department told the Virginia legislature. “If you got one of the notices that your policy was going to be discontinued because it didn’t adhere to the law, it meant that now you could go into the health-insurance marketplace,” she said. “So, I just want to remind you that you weren’t losing insurance you were just using (losing?) that insurance plan and were now being invited to go into the health insurance marketplace.”

“This is simply a matter of common sense that if you are concerned about this problem spreading — and this is a deadly disease that we’re even concerned about the great health care workers when they come back not spreading it – we certainly shouldn’t be bringing in the patients.” – Rep. Bob Goodlatte (R-Va.), chairman of the House Judiciary Committee

“Time and again beginning with AIDS, both agencies (CDC and WHO) have grossly exaggerated disease outbreaks. That includes Ebola twice before, SARS, avian flu, swine flu and Mideast Respiratory Syndrome (MERS). … the health agencies know that nothing they ever pipe will be so outrageous that the mainstream media won’t dance to their tune. Meanwhile, endemic diseases that don’t make headlines, like tuberculosis, malaria, and infectious childhood diarrhea, each kill more people every two days than have died of Ebola in 28 years. Sadly, the CDC and WHO have spent decades crying about monsters in the closet, distracting us from the very real ones in our midst.” – Michael Fumento