Happy Earth Day! Isn’t it a great place to be?!

I visited my longtime physician for my (kind of) annual physical this week. This is the pout I shared on Facebook afterward:

Story time, children: My arm has been hurting for a while – I think it’s tendinitis – so I decided to schedule my annual physical and kill two birds with one stone.

After waiting an hour past my appointment time to see the doctor today, she comes in.

“Hold on. I need to check with the desk what kind of exam we’re doing.”

Comes back and does a cursory exam — reflexes, ears, throat, chest. 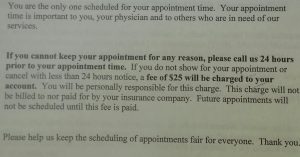 “Could you take a look at my arm? It’s been hurting…”

“No. I can’t. This is a well visit. I can’t see anything that’s WRONG with you. For that you need to make another appointment.”

“Call and make another appointment and when you come back I’ll see what’s wrong with you.”

Oh. It’s free.  And that’s why I have to come back another time. Even though MY time is money. … So that you can charge me to make up for the FREE visit.

What reminded me of the doctor’s visit is a report today from Biospectrum that the hepatitis C drug Sovaldi, just approved by the Federal Drug Administration in December 2013, is projected to be a 2014 blockbuster drug, reaching $2.4 billion in sales. It’s no surprise … although I would have been surprised had I not heard from my physician’s assistant that my bloodwork would include a new test: a check for hepatitis C because, according to the assistant, the Centers for Disease Control and Prevention now recommends the test for people born between 1940 and 1965.

About Hepatitis C: This contagious liver disease is caused by a virus (HCV) that is spread primarily through contact with the blood of an infected person. It ranges in severity from a mild (acute) illness lasting a few weeks to a serious, lifelong (chronic) illness that attacks the liver. In 2009, there were an estimated 16,000 acute infections and 3.2 million with chronic hepatitis C. Most people do not know they are infected because they don’t look or feel sick.

Bottom line: I have scheduled another appointment for the doctor to examine my aching arm.

There’s an app for that: If only I had known – and if I had 50 bucks a month to spare – I could access the new app from Rochester, Minn.-based Mayo Clinic! It allows consumers to pay $50 a month to access many of the hospital’s resources, according to a Minneapolis/St. Paul Business Journal report. The new app, called “Better,” provides some information for free, such as symptom advice and access to Mayo Clinic’s health database. The app will also help patients gather medical records from physicians, provide 24-hour access to Mayo Clinic health care professionals and provide assistance with insurance claims, according to the report.

Have you heard of Direct Primary Care? It’s also known as “concierge care for the little guy.” Find out more about this health care option at the Georgia Public Policy Foundation’s May 7 Leadership Breakfast at the Cobb Galleria Centre. Register now for “Concierge Care for the Little Guy,” keynoted by Dr. Lee S. Gross, co-founder and Senior Vice President of Epiphany Health. Epiphany is a health care program created primarily for individuals and families who either don’t qualify for health insurance, can’t afford traditional insurance or aren’t offered health benefits though their place of employment.

Georgia Insurance Commissioner Ralph Hudgens said that insurance companies participating in the Affordable Act Exchanges exchanges in Georgia have received payment from only about half of those who applied for coverage. Georgia insurers received more than 220,000 applications for health coverage, but premiums had been paid for only 107,581 of those policies by the end of March, Georgia Health News reports. As I’ve been pointing out for a while now, it would be interesting to know how many of those individuals are newly insured or how many lost their previous insurance coverage. …

What aren’t you telling your doctor? About 70 percent of consumers use fitness, calorie-counting or similar apps to help monitor their well-being, according to a new survey. But 60 percent of users don’t share information or trends gleaned from these apps with their health care providers. According to the survey, 73 percent of those who keep quiet about their app activity said they’d never considered sharing it with their physician, and 11 percent said they didn’t think their physician would take them seriously. The survey suggests physicians should be proactive about discussing app use with their patients, especially because 34 percent of non-monitoring app users would start tracking their health and fitness with an app if their physician suggested it. (My new Fitbit just e-mailed me the first weekly report of my (in)activity; I’m not surprised they wouldn’t share it with their physicians!) Source: Becker’s Hospital Review.

Would you buy Viagra-flavored ice cream? Pfizer has warned a company that placed Viagra in ice cream for a celebrity’s party that the drug is supposed to be available only by prescription, according to a report by In-PharmaTechnologist.com. Two scoops was the equivalent of one Viagra pill. Viagra, which is prescribed for erectile dysfunction and pulmonary arterial hypertension, is increasingly being used as a recreational drug. One survey of Viagra users found that one in five healthy men ages 18-30 used it recreationally.

Job losses: Fewer employees will be needed by the pharmaceutical industry despite strong local R&D activities and drug manufacturing as efficiencies in productivity are achieved, according to a PhRMA survey. Industry employment could fall by 4.5 percent under a “status quo” scenario, the equivalent of 140,000 lost U.S. jobs over the next 10 years, the survey found. PhRMA called it a “somewhat pessimistic view from industry executives as to the current trajectory of the business operating environment in the U.S.” Source: In-PharmaTechnologist.com

Cloning cells: Scientists have moved a step closer to the goal of creating stem cells perfectly matched to a patient’s DNA in order to treat diseases, for the first time creating patient-specific cell lines out of the skin cells of two adult men. According to research published online in Cell Stem Cell, the technique may one day lead to treatments for ailments such as heart failure or impaired vision. The process is complicated and fascinating; read more here. Source: Reuters

Which hospitals’ Web sites are friendliest to patients? A new report from Evolve Digital Labs, “The Digital Health of Today’s Best Hospitals,” evaluates the online presence and patient use of digital assets or Web sites from some of the top hospitals in the country. The top 10:

“Patients – and physicians – say they feel the time crunch as never before as doctors rush through appointments as if on roller skates to see more patients and perform more procedures to make up for flat or declining reimbursements.” – USA Today