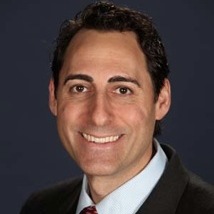 In 1900, one-third of the American labor force was committed to agricultural production. In 1950, food consumed at home was 22 percent of a household’s disposable income. By 1998, that percentage had dropped to 7 percent. This dramatic decrease in the cost of food was directly attributable to improved productivity through technology and the implementation of that technology. While this astounding increase in farmers’ productivity did create economic instability and the virtual abandonment of many rural Southern farming towns, the development of U.S. agriculture is overall a great success story.

This transformational change in agriculture threatened many people’s livelihoods, particularly the small farmer. Many farmers banded together to form organizations and trade associations to protect their interests. Laws were enacted to attempt to alter free market dynamics. The National Farmers Organization was founded in Iowa to protect the business interests of the agricultural establishment.

Productivity comes at a price. Farming turned into a “get big or get out” scenario, which made it difficult for small farmers to compete. Many small farmers managed to survive and thrive by finding a market in specialty niches such as free-range and organic farming. Innovative change will always result in winners and losers, but artificially limiting productivity and restricting technological advancements through regulation will simply mean innovation will occur in markets outside the United States.

in the U.S. agricultural industry, technology has created efficiencies that allowed smaller inputs to generate exponentially larger outputs. To the dismay of mule breeders, the reliability, versatility and affordability of the tractor drastically increased production. The free market, not government regulation, was ultimately the vehicle for this transformation.

Today, this nation faces a similar challenge in medical supply and demand. With implementation of the Patient Protection and Affordable Care Act taking the lead, the debate in recent years seems to be focused on health insurance coverage. It would be more appropriate to define access to health care as access to physicians. The most well-insured individual with a maxed-out Health Savings Account (HSA) who is involved in a car wreck in rural Georgia is unlikely to have access to a neurosurgeon. Yet an uninsured homeless person who sustains a gunshot wound to the head in Atlanta and is taken to Grady Memorial Hospital could very possibly have access to the renowned Dr. Sanjay Gupta.

Managed care was ultimately a failed experiment in the late 1980s and 1990s because it was centered on rationing supply. It turned primary care doctors into gatekeepers who were financially rewarded for referring fewer patients to specialists in a flawed HMO model. There were no rewards or incentives for greater access, efficiencies or better outcomes.

Supply is further limited by an onerous regulatory environment, a focus on medical malpractice and the insurer managing the payment process. It should be focused instead on informed patients who are responsible for their own health care expenditures. The right approach is to reduce demand by empowering patients with information and access, not to limit supply.

Ron Bachman, a Senior Fellow at the Georgia Public Policy Foundation and one of the nation’s leading experts in health care consumerism and the uninsured (www.healthcarevisions.net), appropriately focuses on the necessity of decreasing the demand for health care. He maintains this reform will not occur without a commitment to prevention.

Bachman points out that health care consumerism is “an individual’s right to know,” not simply health care transparency. It’s about putting the decision-making and purchasing power in the hands of the patients.

Georgia is leveraging telemedicine to become a national leader in reducing demand through education, early access and prevention. Georgia has 57 (of 159) counties without a doctor, 67 without a primary care physician and 80 with third-world healthcare demographics. The state leads the nation in the percentage of its population with tuberculosis and AIDS and is ranked second in childhood obesity. Almost 40 percent of children in Georgia are obese, which costs the state $2.4 billion each year.

While “supersize me” philosophies and obesity trends would suggest the demand for food has increased per person, the agriculture industry has had no problem meeting demand. Did they train more farmers? Just the opposite happened; innovation and implementation created economies of scale.

Without the productivity boom that occurred in farming, Harry Truman may never have left the family farm in Cass County, Missouri, to become our 33rd president. There needs to be a commitment as a society to focus on rewarding the innovations that only occur in free markets.

Everyone wants higher quality, cheaper, more accessible health care. The answer is a return to the simpler days of free-market care.

There needs to be a return to the town doctor showing up with his or her medical bag. For this to be effective in the United States, however, requires an environment that embraces innovation. As an example, a medical school classmate is now performing percutaneous valve replacements. The technology was developed by an American company but onerous health care regulations drove the procedure to Europe, so he was forced to perfect his training in France.

This nation’s success as a society in agriculture reinforces the need to seriously rethink regulatory reform in health care. It’s time to encourage, not restrict, the implementation of new technologies that will address the physician shortage and fundamentally transform health care in the United States.

A government mandate that everyone purchase insurance will not increase supply or reduce demand. Access to health insurance is not the same as access to a physician. Patients will still have the same needs.

Physicians must be able to leverage technology and become more productive. For physicians, the metaphorical tractor may well be telemedicine. For the transformation to take place to widespread implementation of telemedicine, the regulatory fences must come down.

It’s time for health care policy-makers to ask, “Where are our ‘tractors’ and why are we still using ‘mules?’”

Dr. Jeffrey Grossman is an Atlanta-based pain management physician (peachtreespine) whose practice has conducted at least 100 telemedicine consultations. The Georgia Public Policy Foundation is an independent think tank that proposes practical, market-oriented approaches to public policy to improve the lives of Georgians. Nothing written here is to be construed as necessarily reflecting the views of the Georgia Public Policy Foundation or as an attempt to aid or hinder the passage of any bill before the U.S. Congress or the Georgia Legislature.

© Georgia Public Policy Foundation (March 27, 2013). Permission to reprint in whole or in part is hereby granted, provided the author and his affiliations are cited.