The devil is always in the details and sometimes details are like trying to put lipstick on a pig.  The recidivism rate for Georgia juveniles is a case in point.

One-in-two juveniles leave the system and do not return within three years.  But one-in-two are back within three years, usually because of a new crime, violation of a court order or a probation offense.  There is a cash cost for that level of failure and there also is a human cost.

When the Special Council on Criminal Justice Reform convened this summer it heard primarily generalities about juvenile justice from expert analysts.  When the Council met this week it was taken into the weeds, deeper into data, and some members had their eyes opened a bit wider.

“The question is what do we do from here and how do we improve the recidivism rate,” said Hall County Superior Court Judge Jason Deal.  “The recidivism rate is around 50 percent and that’s not acceptable.”  State Rep. Mary Margaret Oliver described the one-in-two recidivism rate as “very scary” and Douglas County District Attorney David McDade asked, “Are we spending our dollars in a way that protects public safety?  That’s the whole driver for me.”

All states do not compile and report exactly the same juvenile data and for that reason Pew did not compare Georgia against any other state.   “What we can say for this data is the recidivism rate here in Georgia is not getting better,” said Pew Center policy analyst Jason Newman. 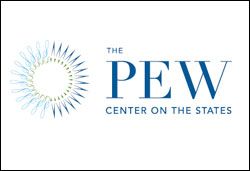 Pew’s Newman, Ellen McCann and their team analyzed ten years of records from the Georgia Bureau of Investigation, the Department of Juvenile Justice and the Conference of Juvenile Court Justices. In several categories they benchmarked June 30 in 2002 and 2011 to create valid comparisons.

The analysis was challenging because 20 percent of juveniles on probation are from Georgia counties that operate their own juvenile court and probation systems and do not report data to the state.  “Tracking that information was difficult at best,” said McCann.

Among the key findings:  Georgia juveniles detained in state facilities on June 30 in the two benchmark years (2002 and 2011) declined by about 1,000 to 1,917 last year but that is not because of reduced criminal activity.

Policy changes in 2005 and 2009 reduced the maximum time juveniles can be detained in some secure facilities and budget cuts that reduced bed space is also a factor.  “I’m really interested in what the lack of bed space has done,” said state Rep. Oliver.

Juvenile felony and misdemeanor arrests for violent or property crimes declined from about 12,000 four years ago to about 9,000 last year but that represents no real improvement since 2002.  “Youth arrests are down recently but the trends overall are staying flat,” McCann said.

Juveniles processed for felonies increased 19 percent and youths 17 years old or younger charged with misdemeanors increased 18 percent between 2002 and 2011.  There was a decline by about half in status cases.  Status offenses are any incidents that would not be considered a crime if the offender was an adult.

Georgia will spend $300 million this fiscal year on juvenile justice incarceration and supervision.  About 41,000 juveniles per year enter the system.  The daily headcount is about 16,000 total in secure confinement and community settings.  It costs about $250 per day for juveniles in custody.

There will be a definite Special Council focus this fall on who should to be detained in a secure facility.  Pew said 40 percent of youths in secure facilities are low-risk to re-offend.   Last year the Council recommended  alternative treatment programs rather than time in state penitentiaries for low-risk adults.

“The real question becomes can we be more efficient, keeping public safety in mind, dealing with these folks in a less expensive manner?” said Georgia Court of Appeals Judge Michael Boggs.

The next Council meeting will be at 9:30am Tuesday, September 18 in room 506 of the Paul Coverdell Legislative Office Building.   The Council owes its recommendations to Governor Nathan Deal and legislative leaders before the end of the calendar year.