(Don’t you hate those letters that make you wait until the very end to find out what people really want from you? I do! So … As you read this, please know that tomorrow is Giving Tuesday and a good opportunity to support your Georgia Public Policy Foundation.) 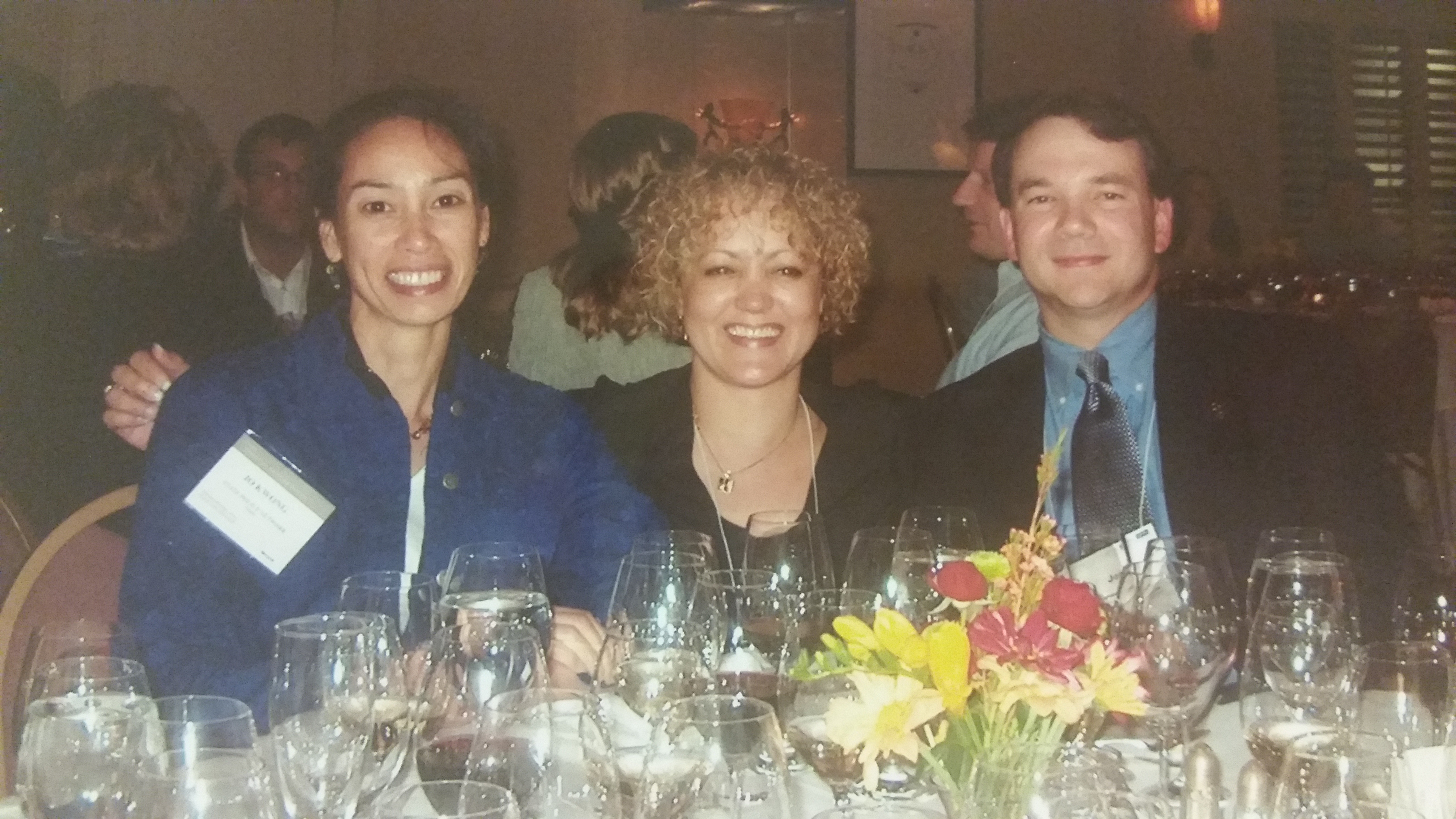 Think tanks, the early days: I met Jo Kwong of the Atlas Foundation (left) and Joe Lehman of the Mackinac Center at my first State Policy Network conference in 2003.

I dug up a photograph over the weekend I’ll call, “think tanks, the early days.” It was taken in 2003 at my first annual State Policy Network conference of state think tanks.

In it, I’m flanked by two champions of liberty, Jo Kwong of the international Atlas Foundation and Joe Lehman of Michigan’s Mackinac Center. Jo, now at the Philanthropy Roundtable, and Joe, now president at Mackinac, have become good friends. (Atlas was instrumental in establishing the Free Market Foundation in South Africa, my native country.)

I went searching for the photograph after David Boaz, executive vice president of the Cato Institute, quoted Joe Lehman an Atlanta event on November 14. (The Georgia Public Policy Foundation works closely with Cato, a national think tank, on policy issues, among them health and transportation policy.)

With Giving Tuesday imminent, I thought I’d share David’s poignant explanation of why you should support us:

Sometimes, I know, people wonder if what think tanks do is really important.

People come to meetings like this sometimes and they shake hands with us and they say, “Politics: That’s where all the action is. You have to do something. You have to make sure that these ideas have an impact.”

But ultimately, if you want policy to change, you’re going to have to get politicians to change. And all the things we do here help to shape the environment in which that kind of change happens.

So politics has its place. But my friend Joe Lehman, who used to work at Cato and is now president at Mackinac Center, said something very interesting, I thought, a couple of years ago:

When lawmakers change public policy to favor liberty, they are only taking the final step in a long march.

Watching what lawmakers accomplish in the Legislature is like watching a football game through a hole in the fence that only lets you see the goal line. The possibility of scoring is usually determined by what already happened far off the field.

The guys who carry the ball across the goal line do get the glory, the best endorsement deals and the photo opps and the fan clubs.

But without the guys who set them up to make the big play, there wouldn’t be much scoring going on.

Off the field and further away from the goal line glory is where ideas begin their march toward becoming public policy.

Those ideas are developed and communicated by think tanks.

The American heritage of liberty is still there. It’s not with every person; it’s not always as consistent as I wish it was, but it’s out there. And it needs a voice. And that’s one of the things we’re trying to do is provide a voice, a banner for that heritage of liberty and the culture of liberty that Americans believe in.

We need to reach more people. We need to find them; rally them; get them to understand that they are, in fact, a faction in American politics. That’s why we need to invest more in research, communications and outreach, and we’re trying to do all these things. And that’s why we’re here: Because we know this is important … to our continued economic growth, technological advancement and so on – and fundamentally important to freedom.

More than 200 years ago, Thomas Jefferson and the other signers of the Declaration of Independence committed themselves to the cause of American Liberty with these words: “… We mutually pledge to each other our lives, our fortunes and our sacred honor.”

And they weren’t kidding. Twelve signers had their homes ransacked and burned by the British. Nine more died from wounds or hardships during the Revolutionary War.

None, however, lost their sacred honor. 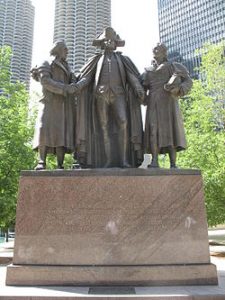 James Madison warned us in Federalist Papers No. 10, “Enlightened statesmen will not always be at the helm.”

He was correct in that prediction.

That’s why we can’t rely on politicians and political campaigns. That’s why we need institutions that work to advance the ideas of liberty and limited government, no matter who’s in the White House or the Statehouse.

And that’s why YOU are a hero of the revolution. … Because these institutions, institutions that sustain America’s culture and liberty, can’t survive without your help.

There’s a statue in Chicago of George Washington flanked by two great funders of the American Revolution: Robert Morris and Haym Salomon. And that statue should be the emblem of the freedom movement. Because without financial support, visionaries, leaders, institutions and revolutionary generals can’t achieve much.

So my colleagues and I thank you from the bottom of our hearts for being partners in everything we do. And we’re going to keep asking you to do it. Because there’s never been a “golden age of liberty” and there never will be.

It’s up to us. And that’s why we’re here today. And why we’re going to keep on being here.

As the year winds down, I thank you, on behalf of the Georgia Public Policy Foundation, for your support. I hope this has helped you understand why it’s important.

If you haven’t contributed to our mission yet, I ask that you do so before year’s end. You can make your tax-deductible donation here.

P.S. It’s been 11 years and eight months since I left the editorial board of the Atlanta Journal-Constitution to become vice president of the Georgia Public Policy Foundation. I have never regretted that move. I hope you’re as proud of us as I am to be here.

Benita Dodd is the vice president of the Georgia Public Policy Foundation.