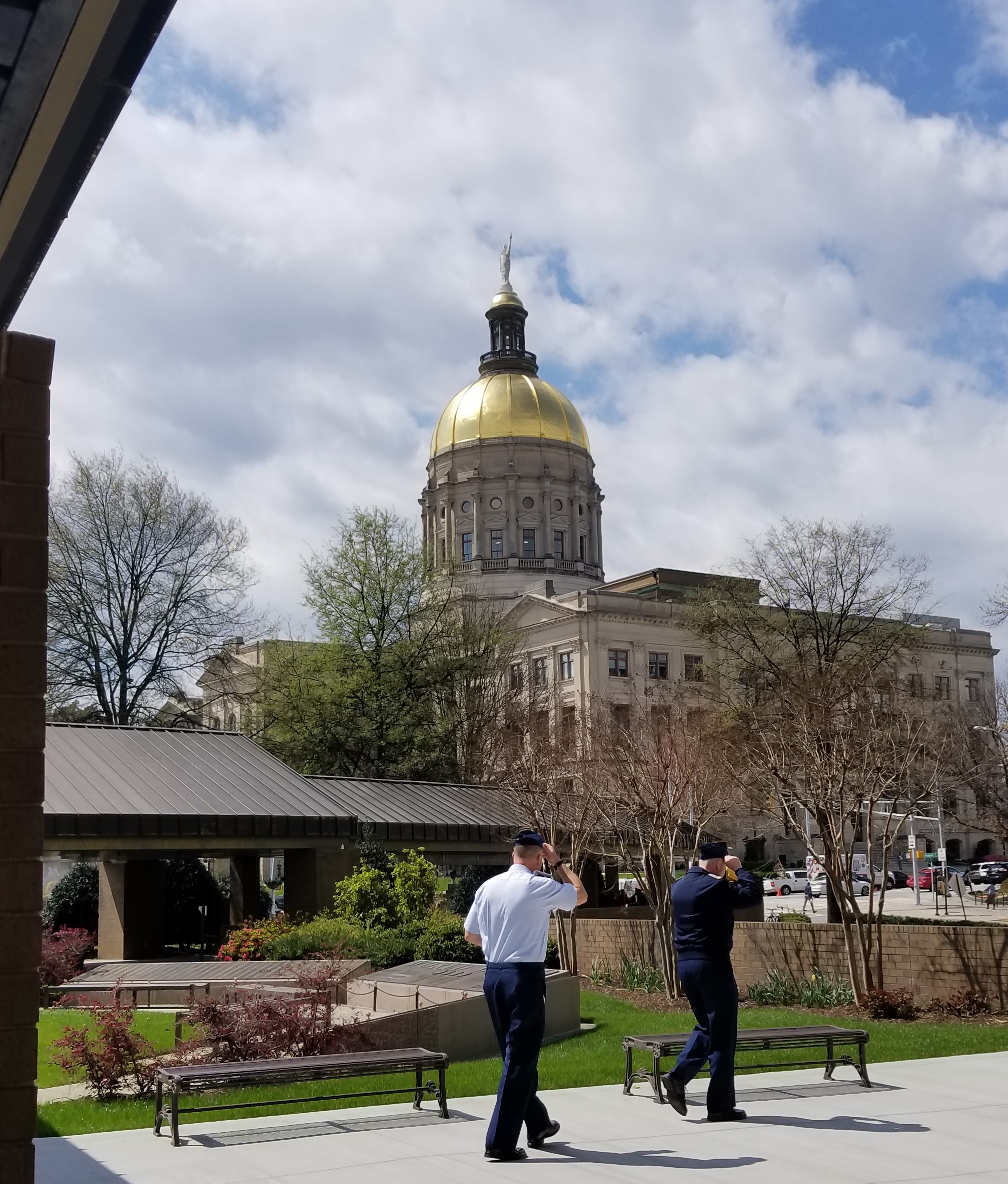 Spring in their step: The Georgia State Capitol on the first day of spring 2018.

The second half of Georgia’s biennial legislative session that ended March 31 turned out to be surprisingly more intensive than expected. Election-year sessions are typically low-key and feel-good; everybody wants to leave ASAP to begin fund-raising, which is prohibited during the session.

In summary, legislation moved on transportation, taxes, education and criminal justice reform. It sputtered on health care.  And, as expected, some feel-good but unnecessary bills got through.

Legislation ensures Georgia’s 33,000 state public charter school students are closer to equitable funding. Currently, they receive no local district funds and a state supplement is based on the average per-student funding of the five lowest-funded school districts. Yet they are expected to outperform the district and state average. While more money is not the solution to education woes, neither is shortchanging children in innovative schools.

Choice is expanded, too. Thousands more Georgians will have access to private schools that their families would otherwise be unable to afford now that the cap on donations to Georgia’s popular tuition tax credit scholarship program increases to $100 million from $58 million. That donation limit is reached on the first business day of the year, attesting to its popularity.

Unfortunately, parents lost the opportunity to access the ultimate tool in education choice: Education Savings Accounts legislation died without ever leaving the Senate, even though ESAs operate in five states already. ESAs allow parents to personalize their child’s education, using a debit card loaded with their child’s public education funds to purchase from a menu of state-approved education services.

Legislation to create a regional transit network passed after years of negotiation. Legislators should have taken even more time. One stated goal was to end the alphabet soup of transportation agencies. Instead, it added an ATL Authority for oversight and an ATL transit brand. It also allows metro counties a referendum to add a 1 percent transit sales tax of up to 30 years and declares MARTA – least efficient of the region’s transit agencies – sole contractor for any expansion.

Whatever develops, it’s worth pointing out that Georgia is well on its way to a “virtual transit network.” Bus riders will enjoy a toll-free ride on an expanding express toll lane network completed far sooner and more efficiently and cost-effectively than the rail some transit advocates are pushing for.

The Foundation has pushed for decades for a broader base and lower personal income tax rates in Georgia, which has not reduced tax rates since implementing them in 1934. Happily, the Governor signed legislation that reduced taxes. But while legislators went home trumpeting a tax cut for Georgians, this law merely compensates for the state’s $5.2 billion windfall from federal tax cuts. Unless the Legislature follows through on its option to reduce tax rates next year, taxpayers are enjoying more found money than tax cuts.

Wondering what happened to health care reform? So are we. The only significant legislation, which would have defined the parameters of affordable direct primary care, passed the Senate unanimously only to ail and die in the House.

Let’s not forget those feel-good bills, even though they were watered down. For example:

Legislation that failed this year must start anew in the originating chamber next year.

© Georgia Public Policy Foundation (April 6, 2018). Permission to reprint in whole or in part is hereby granted, provided the author and her affiliations are cited.