Ashley-Kay Wyatt was a freshman at Brantley County High School in southeastern Georgia when boys happened. Unimpressed by her handling of the transition into the high school, her parents pulled her from Brantley High after one semester.

She enrolled in Georgia Cyber Academy, one of the statewide, online, “virtual” public charter schools. Today the 15-year-old 10th-grader, adopted by the Wyatts at age 9, is an honor student. Her counselor at Georgia Cyber Academy says she is “an extraordinary student and has proven to have the maturity needed to be successful with online learning.” 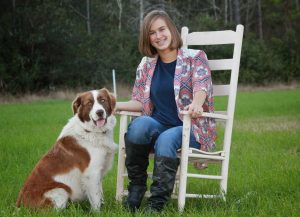 Ashley-Kay Wyatt (above) is an “extraordinary student and has proven to have the maturity needed to be successful with online learning,” according to her counselor at Georgia Cyber Academy.

Ashley-Kay has no desire to return to Brantley High School, says her mother, Katrina Wyatt.

“She sees the young students sharing the corridors with much older high school students,” says Katrina Wyatt. “So many students are walking around pregnant.” Brantley County’s teen pregnancy rate (67 per 1,000) is nearly twice the state rate (37 per 1,000); just 55 of Georgia’s 159 counties have a higher rate of teen pregnancy.

Academically, public school choice is working wonderfully for this beautiful, ambitious young girl. In the spring, she begins Gwinnett Technical College online to work toward her associate’s degree, which she hopes to have earned by the first semester of her senior year.

While at Georgia Cyber Academy, Ashley-Kay has been able to maintain her interest in cross-country running by joining the team at Southside Christian School, a private school.

So what’s wrong with this picture?

Why does a Georgia public school student – one who is thriving within the academic realms of public school choice – have to take her extra-curricular activities to a private school?

It gets worse. Ashley-Kay’s greatest pleasure during her brief, but troubled, semester at Brantley High was her participation in the school’s acclaimed Air Force Junior Reserve Officers’ Training Corps (AFJROTC). The U.S. Department of Defense helps fund AFJROTC, a program in more than 850 high schools.

In Brantley County, it’s a leg up in the world. The Brantley High instructor, Capt. Salvador Ceballos, explained in a 2009 welcome letter to cadets:

Many of you will get to do things that others can only imagine. Your experiences in AFJROTC will be the basis for life-long memories and close friendships. We sincerely believe you will benefit from the teamwork, precision, self-discipline and leadership experiences that you will encounter. … It is a classroom and “leadership laboratory” that will help you develop decision-making and communicative skills while building self-confidence as a leader. If you have never been in charge or responsible for anything, get ready – the opportunities are here! While our program will be challenging, and sometimes demanding, we believe you will experience a sense of accomplishment and pride that is hard to put into words.

Asked whether students enrolled in state online public charter schools are prohibited from participating in JROTC programs in their local public school, Gary Mealer, program specialist at the Georgia Department of Education, told the Georgia Public Policy Foundation, “Yes, JROTC students must be enrolled at the high school where the approved JROTC program is being offered in order to participate. This is part of the JROTC national program guidelines.” 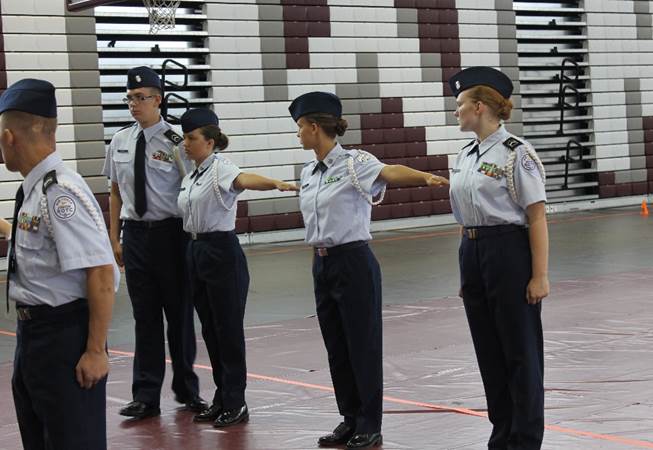 Yet, according to an Air Force explanation, “If your school does not have a JROTC program, the only way you can join JROTC is if another school nearby has a unit and will allow you to attend the class. That would be up to the principal of the school and the JROTC instructor at the school.” Capt. Ceballos, too, told her she could participate with the approval of the school administration.

“Taking this class will give me the experience I need and will also help me in achieving my career objectives,” Ashley-Kay wrote in her request to Brantley High Principal Nehemiah Cummings in July. “I come from a broken life as a young child. … Until recently, I didn’t believe that I could do what I set my mind to, but now I do.”

The principal has said he will consider Ashley-Kay’s request for the next semester, when she is enrolled in college through the Move on When Ready program.

“There have been a few attempts to change Georgia’s law to allow students attending a charter school to participate in an extracurricular activity of the district,” when the activity is not available at the charter school, according to Lewis. “All attempts have been actively opposed by the Georgia High School Athletic Association.”

Ashley-Kay’s dilemma highlights two issues. First, public education is not keeping up with the disruptive innovation that is transforming the traditional brick-and-mortar approach. Second, someone needs to ask, seriously: Who took the “public” out of public schools?

© Georgia Public Policy Foundation (August 21, 2015). Permission to reprint in whole or in part is hereby granted, provided the author and her affiliations are cited.