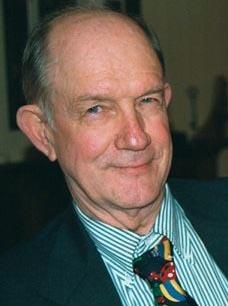 How does the U.S. Department of Agriculture (USDA) budget grow in proportion to the shrinkage of its mission? Perhaps it is a reward for agriculture’s phenomenal success. Its increased efficiency is one of the miracles of the 20th century. Or, just maybe, the USDA’s budget grows with its emphasis on missions far removed from assisting U.S. agriculture.

The growth in farm productivity from 1948 to 2002 was 1.8 percent annually, faster than non-farm productivity (1.2 percent). But farm residents make up less than 2 percent of the population today, compared to 40 percent at the beginning and one-fourth in the middle of the 20th century.

The number of farms decreased by more than 50 percent in the last century, and half of those remaining are economically tiny, selling less than $5,000 worth of goods each year. Who can live on that income today? Nobody, that’s why over 90 percent of today’s farmers have off-farm work or income. Slightly less than half claimed farming as their primary occupation.

This nation’s standard of living is supported, to a great extent, by the efficiency of large farms. These often-scorned “factory farms” are mostly what USDA calls “large” and “very large” family farms with a minimum of $250,000 in sales. They account for 9 percent of farmers but 63 percent of products.

But the USDA’s big expense is not subsidies for “factory farms.” The commodity programs, which include subsidies, non-insured crop disaster assistance and tobacco payments, account for only about 7 percent of the budget.

Farms and farmers are fewer, but not USDA’s clientele.  Instead, it has changed – radically – from agricultural “producers” to off-farm “consumers”. About 6 million people live on farms. But the Department reported that in 2010 it served 76 million people … in its “Nutrition Assistance Programs.” (The total is probably somewhat less because some clients may have received from more than one program.)

USDA also promotes access to the SNAP program. It touted as a key accomplishment in 2009, “This program is at record-breaking levels and serves roughly 34 million people monthly.” Participants were 66 percent of all eligible persons in 2007 compared to 54 percent in 2001.

A budget report for 2010 stated that “The Administration is proposing $10 billion over the next 10 years for these important programs (Child Nutrition and WIC), which touch most Americans at some point in their lives.”

USDA’s Agricultural Research Service has been the agency’s hallmark for most of its existence, but the food give-away programs use 80 times as much money. The cost of “nutrition assistance” in USDA is equivalent to research and development in the Department of Defense and more than non-defense spending for those purposes by all other departments.

Agriculture clearly has lost much of its political strength and influence on policy because of the urban population shift. Cooperative Extension agents have been local representatives of Colleges of Agriculture in counties all across the country. In the last few decades the number of agents decreased in rural counties and increased in urban ones. Four agents and staff serve South Georgia’s Mitchell County, which has more than 400 farms. Twenty-one serve Metro Atlanta’s DeKalb County, which has 38 farms.

It may be news to most Americans that USDA programs “touch” so many, but it is apparent that more Americans should be touchy about how much of their tax money USDA is spending. In times of great controversy over the cost of government, it is time to question USDA’s straying from its traditional mandates. Remove nutrition programs from USDA and let it concentrate on what made it great.

University of Georgia Professor Emeritus R. Harold Brown is an Adjunct Scholar with the Georgia Public Policy Foundation and author of “The Greening of Georgia: The Improvement of the Environment in the Twentieth Century.” The Foundation is an independent think tank that proposes practical, market-oriented approaches to public policy to improve the lives of Georgians. Nothing written here is to be construed as necessarily reflecting the views of the Georgia Public Policy Foundation or as an attempt to aid or hinder the passage of any bill before the U.S. Congress or the Georgia Legislature.

© Georgia Public Policy Foundation (May 27, 2011). Permission to reprint in whole or in part is hereby granted, provided the author and his affiliations are cited.