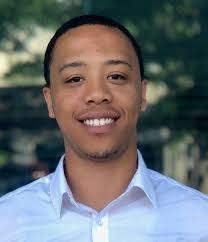 Public transportation is a highly debated topic in Georgia and, specifically, in metro Atlanta. Central to this debate is the allocation of federal funding through grants and tax revenues of transportation developments, both statewide and regionally.

This system of federal funding is used across the nation. And, nationally, public transportation infrastructure is often overlooked and taken for granted. So the question is whether there is an alternative funding solution. The answer is yes: a free-market approach.

The first point to recognize is that the current system of public transportation is heavily subsidized by the federal government and there is an ever-growing demand for more efficient, safer and equitable systems. An example of this subsidy is in the Consolidated Appropriations Act (CAA), which passed the House in February and would authorize more than $16 billion for public transportation in Fiscal Year 2019.

A 2014 Pew Charitable Trusts study examined how each level of government contributed funding for highway and transit infrastructure and the many problems with the multilayered system. The study found

Between 2007 and 2011, average annual spending on highway and transit nationwide was $207 billion. Of that total, $82 billion, or 40%, came from states; $74 billion, or 36%, from localities; and $51 billion, or 25%, from the federal government. The relative contributions of each level of government, however, vary from state to state.”

While transportation is heavily subsidized by all levels of government, there are no improvements to the current public transportation system’s infrastructure or operations.

MARTA’s budget for Fiscal Year 2019 provides for about $584 million in capital funds and about $700 million for operations. In 2016, the Georgia General Assembly passed the More MARTA initiative, authorizing a 40-year, $2.7 billion transit expansion.

Funding for MARTA’s operations is through a number of sources. Most notable: a 1% sales tax in Clayton, DeKalb and Fulton counties and the city of Atlanta as well as an additional half-penny local sales tax collected within the city of Atlanta; passenger (farebox) revenue and federal sources.

Aging public transportation systems, especially in the United States, will continue to demand massive capital investments, for expansion and to restore them to a so-called “state of good repair.” This means ongoing state and federal taxpayer funding, even as ridership is shrinking and commuter alternatives expand. A market-oriented approach is sorely needed. A transit model such as Hong Kong’s demonstrates one opportunity for improvement.

Obviously, the population density of Hong Kong guarantees a successful transit system: 67,000 people per square mile. But the Hong Kong Metro Transit Authority (MTA) also operates within a “rail plus property” model that allows it to be self-financing. The MTA is a private, for-profit organization that, once granted land and development rights by the Hong Kong government, is able to construct new rail lines and build residential and commercial properties above its stations. A portion of revenue from these developments provides the capital for operations and maintenance as well as funding for new projects.

As a for-profit entity, the MTA is able to use its revenue to create sustainable rail and urban mixed-use development. This model is not without criticism: The MTA is subject to few regulations and has come under fire for building high-end private housing and minimal public housing in order to maximize profits. Consequently, Hong Kong’s government maintains a 51% shareholder status in the MTA and has set regulations for future development to include affordable housing, etc.

By making transportation a private-sector entity, encouraging private investments and reducing the dependence on government subsidies to fund surrounding developments, transportation authorities can generate revenue that is not solely dependent on the farebox or grants.

For Atlanta, Baruch Feigenbaum of the Reason Foundation has proposed “value capture” for new capital investments: “When a new transit line is built, the values of the surrounding property increases. These increases are tied to transit, so the additional tax revenue should fund the transit systems.”

The MTA’s development rights generates revenue that is reinvested into the existing systems, improving infrastructure and the surrounding community. A thoughtful model embracing this market-oriented approach to transit can reduce taxpayer subsidies and yield an improved transit system and surrounding developments.

© Georgia Public Policy Foundation (July 26, 2019). Permission to reprint in whole or in part is hereby granted, provided the author and his affiliations are cited.