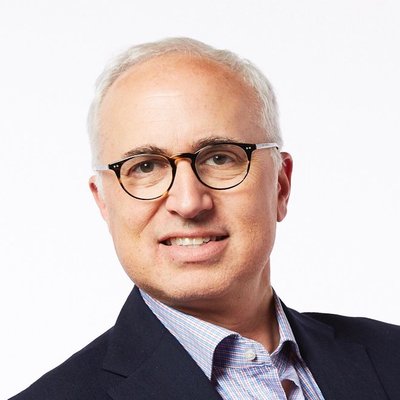 When it comes to transportation in Atlanta, there are two things on which everyone can agree: Our cash-strapped transit grid is bad, and our traffic is worse.

Here, where one need only cast their gaze skyward to the swoop of cranes fashioning a towering, new skyline of glimmering glass and steel to understand the sea of red that drowns our highways each night, it’s plainly clear that growing pains are at hand – and, with them, worsening road congestion.

Our sprawling city is in desperate need of expanded public transportation. And it’s critical that it be equitable and accessible, because Atlanta will only truly be connected and vibrant when its mass transit system has equal buy-in from the wealthy and financially challenged alike.

On these generic principles, virtually everyone can agree; where consensus shatters is their application. We need more modes of transit at higher frequencies and longer, more diverse routes, but how in this era of penny-pinching?

Recently, the state Legislature approved a seminal proposal to form a new regional transportation authority to better integrate mobility options across the 13 metro counties, while Atlanta approved a half-penny sales tax to underwrite a major transit expansion. The initiative is projected to generate $2.5 billion by 2040, but Atlanta’s dizzying growth and the attendant strain on its traffic grid is so severe that there isn’t enough money to fund every project.

Because every need can’t be met, the ordering of funding priorities must be both intelligent and transformative. Instead, sibling rivalry is pitting neighborhood against neighborhood in a mad cash dash.

As planned, the largest portion of the money will go to establishing light rail service along the Clifton Corridor, the single largest jobs center unserved by MARTA. But that plan didn’t sit well with some in-town advocates who wanted to see equally significant investment in light rail along the 22-mile Atlanta Beltline loop.

The Beltline has done more to revitalize in-town neighborhoods than any project in the last 30 years, and accordingly deserves robust transit options. But light rail, for which just seven miles of rail would cost taxpayers approximately $500 million and might not be completed for 20 years, isn’t the answer.

Instead of spending hundreds of millions on a mode of transit whose utility window is both distant and very narrow, Atlanta could leverage autonomous shuttles almost immediately at a miniscule fraction of the cost.

San Francisco, whose traffic woes are as notorious as our own, will launch a driverless shuttle program early next year. At their negotiated price, Atlanta could purchase nearly 2,000 self-driving shuttles for the same price of seven miles of light rail along the Beltline. And unlike light rail, these shuttles, which each hold 12 passengers, could be strategically re-deployed elsewhere for special functions, like a Super Bowl.

A project of this scope would represent the largest public investment in autonomous technology in the country, and would rightly catapult our city into global headlines at a time when major firms like Amazon are considering expanding here.

Budget constraints demand a balancing of priorities, but it has to be more than a measure of what to spend and where. We need to ask on what future are we spending and why: one of more fractured neighborhoods and flooded highways, or one of thriving connectivity?

Depending of the type of transit deployed for the Beltline, Atlanta could invest in its future. Or it could continue to throw good money after bad.

This commentary by Eric J. Tanenblatt, global chair, public policy and regulation at law firm Dentons, first appeared in The Atlanta Journal-Constitution and is published with permission by the Georgia Public Policy Foundation. The Foundation is an independent, nonprofit think tank that proposes market-oriented approaches to public policy to improve the lives of Georgians. Nothing written here is to be construed as necessarily reflecting the views of the Georgia Public Policy Foundation or as an attempt to aid or hinder the passage of any bill before the U.S. Congress or the Georgia Legislature.

© Georgia Public Policy Foundation (September 14, 2018). Permission to reprint in whole or in part is hereby granted, provided the author and his affiliations are cited.