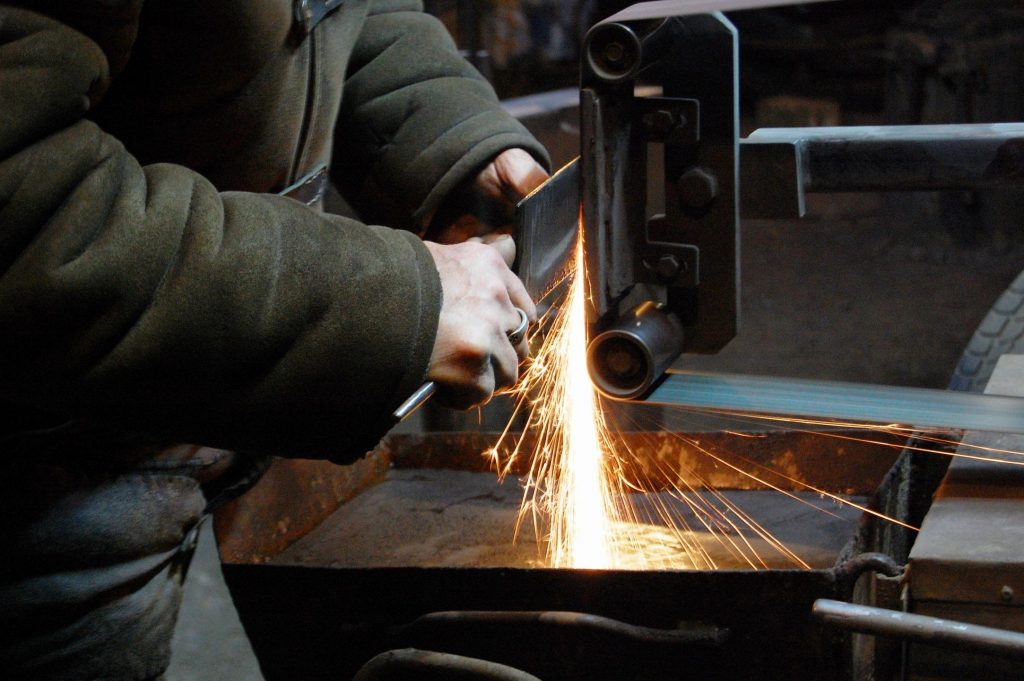 The roofer’s assistant was forthright in his admission.

“I normally work at the mill,” he said. “I take home $450 a week after taxes. When they asked if I wanted to come back to work, I said no.

It was exactly the concern U.S. Sen. Tim Scott of South Carolina, among others, voiced during debate over the $2 trillion pandemic stimulus package: 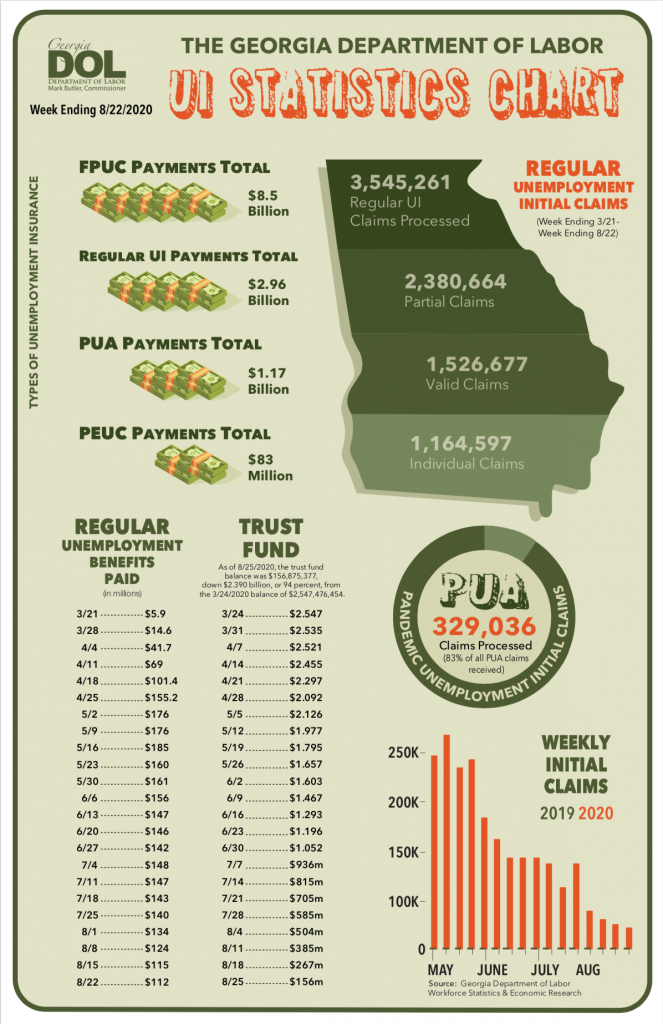 The $600-a-week Pandemic Unemployment Assistance from the federal government (make that from the taxpayers) was paid through July 25, or 16 weeks. On August 8, President Trump approved up to $44 billion to assist a more limited pool of the unemployed. Eligible Georgians will receive $300 in addition to their regular, income-based unemployment benefits.

Today, as Labor Day approaches, Georgia’s unemployment rate has dropped to a more manageable 7.6% – 490,000 jobless claims – and not a moment too soon. By the end of August, Georgia’s Unemployment Insurance Trust Fund was depleted to $156 million, down a whopping 94% from its pre-pandemic balance of $2.54 billion. Worse: The Congressional Budget Office estimates the federal budget deficit could hit $3.3 trillion this year, “more than triple the shortfall recorded in 2019, mostly because of the economic disruption caused by the 2020 coronavirus pandemic and the enactment of legislation in response.”

The state Department of Labor announced Thursday it has paid more than $3 billion in regular state unemployment insurance benefits over the past 24 weeks, more than the last seven years combined ($2.852 billion). Since March 21, Georgia alone paid out a total of $12.9 billion in state and federal unemployment benefits.

Many businesses, reeling from the shock of pandemic shutdowns and regulations, still operate with skeleton crews, both for their bottom line and pandemic concerns. Renters and homeowners fret over bills. Most want to get back to work. Some simply want the federal government – i.e., taxpayers – to send more money. Businesses that who worked to keep employees, and those who worked to find jobs, deserve a tip of the hat.

The problem of joblessness – whether by design or circumstance – is not just about the money, however, despite the mindset of those who game the system. It’s also about the role model that a gainfully employed person represents.

Researchers with the U.S. Partnership on Mobility from Poverty set out to discover what factors determine the success for the 16% of “persistently poor” children who manage to overcome their poverty. One factor was a worker in the household:

Overall, persistently poor children fare better when they spend more years living above the poverty level, when they are not poor early in life (birth to age 2), and when the family head or spouse is strongly connected to work.

Paying people not to work can set up those who observe them for a life of dependency – and perhaps, duplicity. It’s why the Georgia Public Policy Foundation champions work requirements for able-bodied welfare recipients – Medicaid and food stamps, to name two. Benefits should be a hand up, not a handout.

Fortunately, Georgia’s Department of Labor is living up to its name. After all, it’s not the Department of Joblessness, existing merely to pay out unemployment benefits. The department’s career offices remain closed, but its online resources help job seekers find a position and build a resume. Its EmployGeorgia.com website lists nearly 150,000 available positions.

Labor Day celebrates workers. The numbers show government spending like a drunken sailor – with apologies to drunken sailors – sets no example and is no way to get families back on their feet. What’s needed is to let the labor market do its job and for government to ensure the nation’s open for business.

© Georgia Public Policy Foundation (September 4, 2020). Permission to reprint in whole or in part is hereby granted, provided the author and her affiliations are cited.