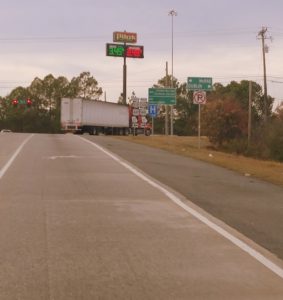 The concrete paving industry wants a level playing field in Georgia, where asphalt covers 95 percent of the state’s roads.

What if you were told that 95 percent of Georgians are using a product that may not always be the best value for money?

What if you were told that 95 percent of Georgia’s roads are asphalt, even though that may not always be the best value for money?

“The whole point of competition in the market is to create economic efficiency which, by its very nature, means eliminating the less efficient producers,” economist and syndicated columnist Thomas Sowell wrote recently.

Ninety-five percent of the state’s roads are paved with asphalt.

For decades, that was a no-brainer. Asphalt, a byproduct of oil, was cheaper than concrete. But oil prices were climbing in the summer of 2014 when, at a series of hearings, State Transportation Board members heard representatives of the concrete industry lobby ask for a level playing field in road-building.

Then came the legislative session, and transportation industry and policy-makers focused on funding: “What” to use went on the back burner as they worked on “how” to pay for it. Legislators approved a transportation funding package. In the interim – between the hearings and the vote in March – oil prices plunged as Saudi Arabia deliberately floods the market with cheap oil.

Asphalt prices did not follow suit. The Saudis will not be able to exert downward pressure on oil markets forever. The discussion over concrete, asphalt and value for money deserves to continue. But policy-makers must not base it solely on oil prices, especially given oil’s volatile global market, international politics and domestic regulatory uncertainty. The focus should be on economic efficiency, as Sowell puts it so eloquently.

Ask government about asphalt’s dominance and you’ll get the answer, “Because that’s the way we’ve always done it.”

Fortunately, policy-makers are realizing that’s not enough. Today, Georgia transportation must accommodate a growing population with cost-effectiveness and value for money; maintenance and repair needs grow, too, amid greater competition for federal transportation dollars.

Until Saudi Arabia’s intervention, global oil prices had seen a dramatic increase while concrete prices rose more slowly. At the Transportation Board hearings, members were told how, in many instances, concrete would be the lower initial cost bid and lower on life cycle costs: lower maintenance costs and longer durability.

But the discussion is much more than even that. It’s about allowing markets to operate in and for Georgia. That requires an evidence-based decision made on far more than a project’s initial cost. It requires consideration of alternate design bids and what the industry calls “life cycle cost analysis:” the initial cost, engineering assumptions, the lifetime of the project – how often you should replace it – and inflation.

Concrete covers 5 percent of Georgia roads; the industry averages about 10 percent of projects per year, according Steve Davis, a former state legislator who is now executive director of the Georgia Concrete Paving Association.

Life cycle cost analysis (LCCA) makes a huge difference: Of the 31 state projects that underwent LCCA in the last few years, a whopping 30 percent went to concrete; 30 percent had “no preference” for either concrete or asphalt.

“We believe that concrete is a better value than what our market share represents, and we feel like we’re not getting some of the opportunities we could if more LCCAs were done,” Davis told the board.

Of the state’s four alternate-design/alternate-bid projects, one project went to concrete: 25 percent.

To its credit, the concrete paving industry is not seeking preferential treatment. In the truest sense, it’s seeking a level playing field. Life cycle analysis will provide transparency; the process will bring more concrete contractors to the state, in turn raising the level of competition and further lowering the cost of both types of pavements.

With asphalt in the driver’s seat, the road to a significant market share for concrete is long. But, with what Davis describes as a data-driven process that is “objective, transparent and repeatable,” Sowell’s economic efficiency can be achieved. And with greater competition in the marketplace, the transportation dollars that legislators fought to obtain will travel further.