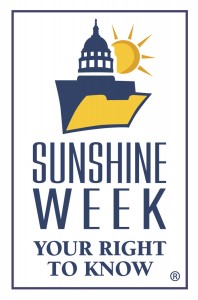 The average Georgian has never been under the Gold Dome. Many have vague memories of a two-headed calf on display during a State Capitol school field trip. For most Georgians, the closest they get to the General Assembly is their legislator’s local townhall meeting or, if they are really interested, watching legislators in action online.

For this reason, the Georgia Public Policy Foundation marks Sunshine Week. In its 18th year and celebrated March 11-17 this year, the event highlights government transparency and access to public information.

Transparency is the reason the Foundation has campaigned for years to have elected officials and local government share more data online, accessible to ordinary, working Georgians and the watchdog citizens who help uncover mistakes and missteps.

Many have heeded the Foundation. Kudos to former Governor Sonny Perdue for his work at the state level. Kudos, too,  to now-U.S. Rep. Karen Handel for embracing sunshine on her state agency’s checkbook when she was Georgia Secretary of State. The late Bill Chappell, former publisher of the Carroll Star News who became Carroll County Commission chairman, was a trailblazer at the county level; others followed.

Transparency is the reason the Foundation urged the State Senate to broadcast its committee hearings live, as the House had since 2003. The Senate began doing so this year. (Accessing a missed committee hearing, however, remains a convoluted process.)

In recent years, the Legislature has taken more steps toward transparency. Take Crossover Day, for example. Instead of a last-minute flurry, now a bill must pass out of one chamber and into the next by Day 28 of the 40-day legislative session to have a clear chance at passage into law. The Legislative session adjourns (Sine Die) on March 29; Crossover Day was February 28.

But there are still opportunities to ensure the fate of legislation – desirable or unwanted – in the waning days of the session, despite of the best intentions of bill sponsors and watchful citizens.

Few people know American poet John Godfrey Saxe wrote, “The Blind Men and the Elephant.” Fewer still know he said,  “Laws, like sausages, cease to inspire respect in proportion as we know how they are made.”

There are committee chairs who will hold legislation so that it does not reach the floor. There are elected officials who will obfuscate information. This week, State Attorney General Chris Carr announced a criminal investigation into the city of Atlanta Press Office under then-mayor Kasim Reed, after text messages indicated a deliberate campaign to delay releasing information sought under open records requests.

Sometimes, a committee chair will intentionally hold a controversial bill’s hearing on the agenda until the end; public comment and discussion are squeezed out due to “time constraints.” There are candidates – indeed, chambers – holding legislation so the other side is unable to claim victory.

Then there’s the tricky “space holder” bill. Say, for example, a project is pending and legislation is needed to facilitate it but the project will not be finalized before Crossover Day. In that case, lawmakers sometimes use existing legislation to “strip” the language from a “related” bill that has already made it through Crossover Day, replacing it with the desired language.

There is, understandably, the rare occasion to justify this. In a 40-day session with a part-time Legislature, emergencies arise. Sometimes, however, the “space holder ” process tramples on good legislation that has righteously passed out of one chamber, to the indignation of proponents and voters.

Without transparency – without sunshine on the process, the players and the politics – elected officials get away with dragging their feet, hiding mistakes and misdeeds and thwarting the intent of legislation. It’s the reason behind Sunshine Week. And it’s the reason the Georgia Public Policy Foundation provides a nonpartisan foundation of good policy for the legislative process.

© Georgia Public Policy Foundation (March 16, 2018). Permission to reprint in whole or in part is hereby granted, provided the author and her affiliations are cited.