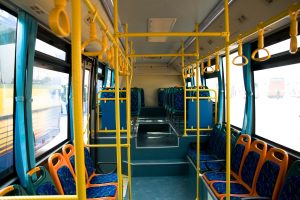 The new Atlanta Transit Link Authority (ATL) has approved a 20-year, $27.4 billion plan for 13 metro Atlanta counties as they work to coordinate transit across the region.

Of the 192 projects, 30 are state-of-good repair and 58 are enhancement. The plan allocates 70% of the cost, or $19 billion, for 104 expansion projects that will cover 973 miles. The remaining funds are allocated equally between the state of good repair and 1,126 miles of enhancement projects. The ATL anticipates 76 projects will seek state or federal transit funding in addition to local revenues.

The plan assumes annual reduced congestion of 4 million vehicle-hours and savings of $20.2 billion in travel time costs. It assumes a 20% increase in ridership and reductions in air pollution, fuel use and crashes. Outlining an equity component, it asserts that transit investments proposed in low-income, zero-car areas “will help advance development and associated economic opportunities for local residents.”

Light rail, heavy rail and the streetcar are antiquated ways to connect the automobile-favoring metro area. It’s far more cost-effective and efficient to embrace the existing infrastructure – roads – using flexible bus-rapid transit on some dedicated lanes and on the expanding express-lane network as a “virtual” dedicated lane. It’s unfortunate that just one autonomous vehicle project is listed: a Chamblee proposal.

As for “development,” the underwhelming Atlanta Streetcar system should be a lesson to transit planners to focus expenditures on transportation needs instead of expanding boondoggles. As the Transportation Research Board noted in a recent study, “Urban rail transit investments rarely ‘create’ new growth, but more typically redistribute growth that would have taken place without the investment.”

Furthermore, it will not be transit but technology that takes cares of emissions, fuel use (and cost, thanks to U.S. oil exploration innovation), and automobile crashes and the ensuing congestion.

As it oversees at regional cooperation and collaboration, the ATL must avoid the “insanity” definition: doing the same thing over and over again and expecting a different result. According to a new analysis of the latest Federal Transit Administration data, “Taxpayers spent nearly $3.75 billion more subsidizing transit in 2018 than the year before, yet transit carried 215 million fewer riders. … The increase in spending didn’t even translate to an increase in service, as transit agencies provided 44 million fewer vehicle miles of service in 2018.”

MARTA, which has charge of any rail expansion in the ATL region, has several billion-dollar rail expansions in the plan, including into Gwinnett (where expansion was voted down once), and the Clifton Corridor, where transit is sorely needed but rail should be the last resort.

The ATL is coordinating mass transit well into the next century. Some components that won’t be complete until the middle of the century depend on modes from the last century, outmoded already. The region’s population has grown but public transit use has declined or stagnated. There are promising aspects of the plan; residents, commuters and taxpayers can only hope flexibility is one of them.

© Georgia Public Policy Foundation (December 20, 2019). Permission to reprint in whole or in part is hereby granted, provided the author and her affiliations are cited.