Georgia families and businesses are facing difficult economic times, but there is a bright side: At least they’re not residents of New York or California. New York’s Democratic governor has proposed 137 distinct tax increases to close the state’s $15 billion deficit. California’s Republican governor wants to raise $14.2 billion through higher taxes on income, sales, gasoline and cars to close a $41 billion deficit.

Georgia, meanwhile, has closed its much smaller deficit without shifting the burden to its citizens and, in fact, by cutting taxes where possible.

Audited Georgia spending for 2008 was $38.5 billion, of which $20.5 billion were state funds. The amended budget passed in March for fiscal year 2009 is $37.7 billion, 2 percent less than 2008. The FY 2010 budget is $38.8 billion, a 2 percent increase over 2009. Major tax increases were avoided by cost cutting in the budget and an injection of approximately $1.4 billion of federal stimulus money into the 2010 budget. The federal stimulus represents just 4 percent of total revenues – money that will be available for only one more year.

Figure 1 represents total state spending over the last five years, broken down by federal, state and other sources of revenue. The 2010 column includes the additional funds from the federal stimulus package. 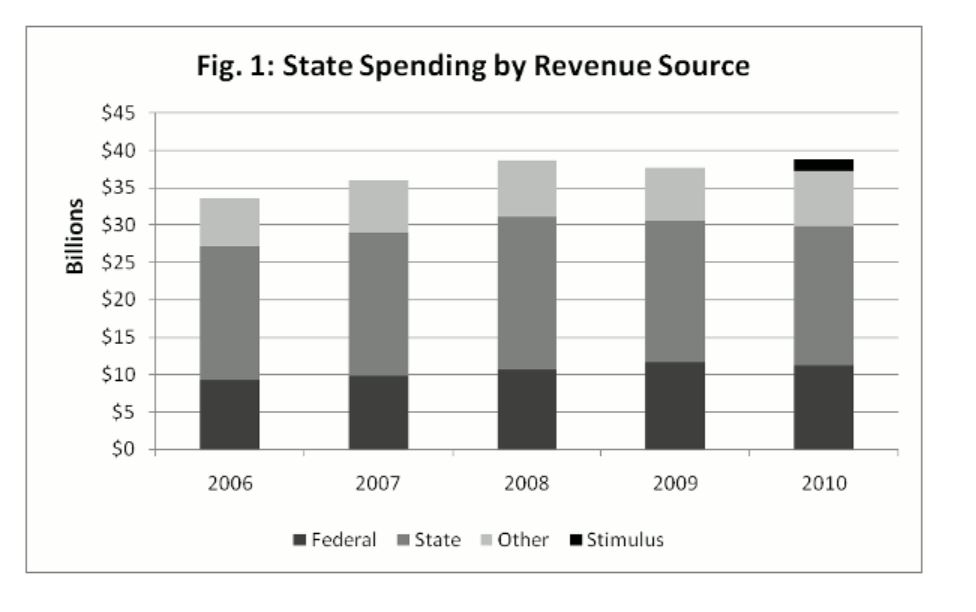 Figure 2 provides a more long-term view. The solid line represents total spending from 1998 to 2010. The dotted line represents a model based on increasing spending at a rate equal to the growth of Georgia’s population plus the rate of inflation. Spending trended higher than the population and inflation benchmark for most of that period, but the chart shows that the most recent belt-tightening brings the state in line with a more sustainable path. 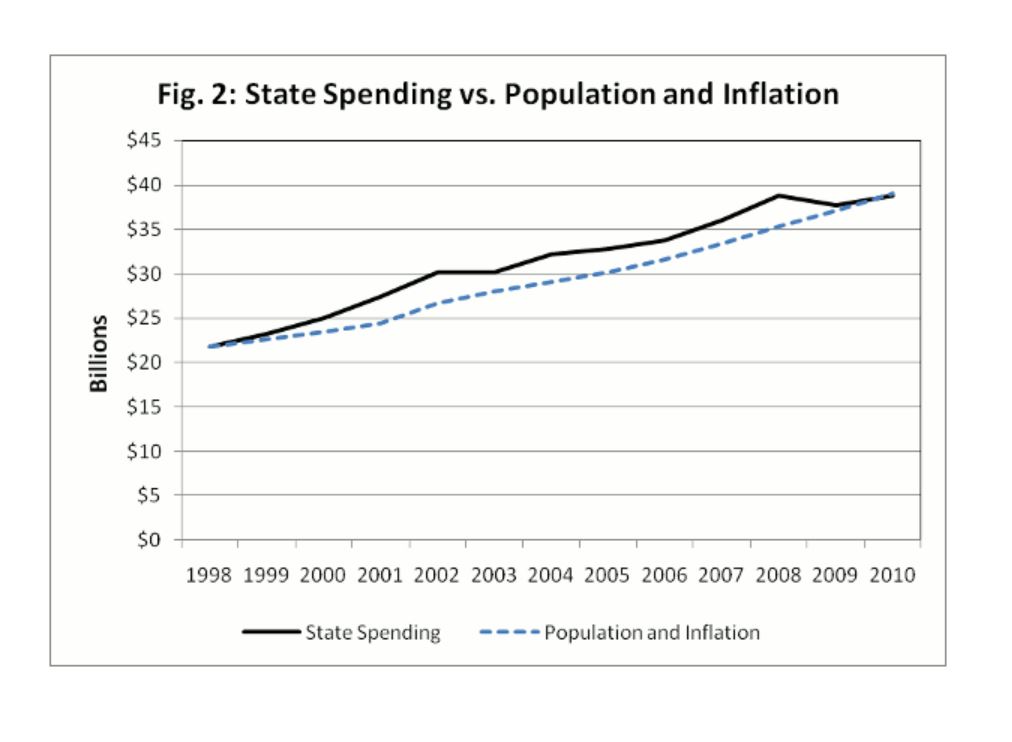 Figure 3 focuses on education and shows how – despite cries that the opposite is taking place – total spending per student has grown each year in Georgia. In fact, according to the latest rankings, Georgia’s per-student expenditure is now the 27th highest in the nation. 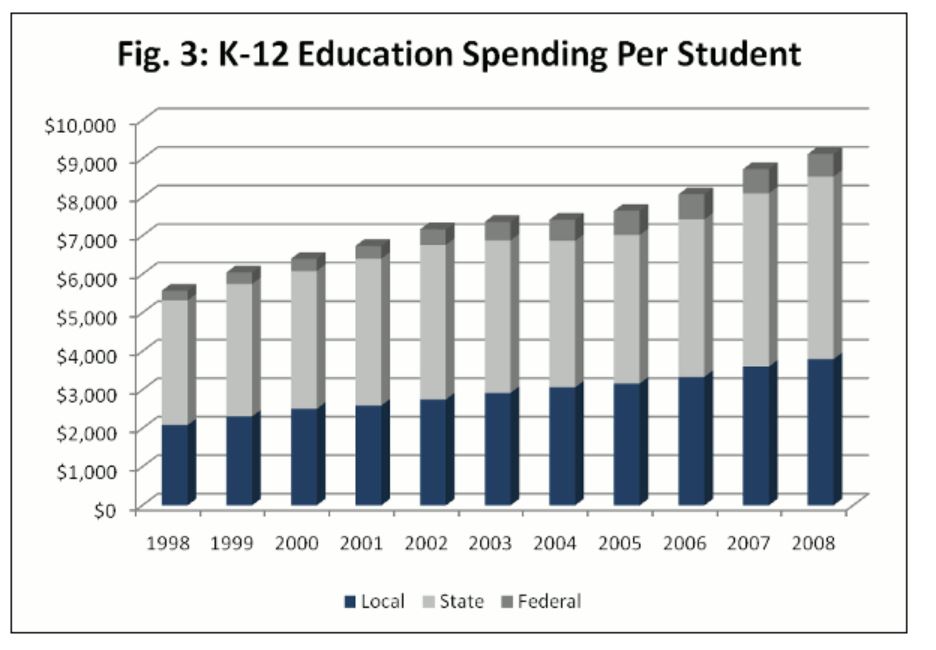 It’s easy to point out areas where Georgia has underinvested, such as in transportation, but there are also many areas where savings can still be found. Reforming the outdated state school funding formula should help produce better results for fewer dollars, as is occurring in neighboring North Carolina and Florida. In higher education, the state could save millions of dollars by shifting remedial education to lower-cost campuses. Innovative policies in corrections are already producing better use of the prison system, helping minimize the use of expensive prison beds for nonviolent offenders.

State budgeting isn’t easy. Unlike the federal government, states don’t have the luxury of running a deficit. Legislators are besieged every day with cries for more money. Government-paid lobbyists, agency heads, fellow legislators and countless advocacy groups constantly push to grow government and increase government spending. California and New York provide good lessons that many of these groups can never get enough. They always want more.

Georgia’s fiscal policy has served the state well. In March, Georgia once again was ranked in the top 10 on the State Economic Competitiveness Index produced by the American Legislative Exchange Council (ALEC) and economist Arthur Laffer. The Index ranks the 50 states “based on the relationship between policies and performance, revealing which states are best positioned to make a recovery, and which are not.” According to the authors, “The historical evidence is clear: States that keep spending and taxes low exhibit the best economic results, while states that follow the tax-and-spend path lag far behind.”

A weak economy is unable to provide sufficient tax revenues to fund adequate government services. Getting Georgia’s economy jump-started as quickly as possible is clearly in the best interests of Georgia’s taxpayers, workers and industries. A taxing and spending strategy that is pro-growth is the best way to get there.

Kelly McCutchen is executive vice president of the Georgia Public Policy Foundation, an independent think tank that proposes practical, market-oriented approaches to public policy to improve the lives of Georgians. Nothing written here is to be construed as necessarily reflecting the views of the Georgia Public Policy Foundation or as an attempt to aid or hinder the passage of any bill before the U.S. Congress or the Georgia Legislature.

© Georgia Public Policy Foundation (April 3, 2009). Permission to reprint in whole or in part is hereby granted, provided the author and his affiliations are cited.