The average Joe’s eyes tend to glaze over when I share that I work at a state-focused free-market think tank. I try again, telling them it’s a public policy research organization. What finally resonates is when I say, as I did this week at the sushi restaurant I frequent, “I work to keep government out of your business: lower taxes and stop interfering in how you run your business.”

When that dawned on the server at the restaurant, whose first language clearly isn’t English, a huge smile lit up her face. As I left, she said to me, laughing, “Now, go do your work!”

I love my work. It may sound like a highfalutin profession, but it’s common sense. It isn’t rocket science. It definitely isn’t Ivory Tower. For me, every policy I support comes from my personal experiences and the experiences of those around me. And a poignant reminder of that is the upcoming Atlas Network’s Liberty Forum and Freedom Dinner next month in New York: One of the finalists for the prestigious Templeton Freedom Award ($100,000 prize!) is the Free Market Foundation of South Africa, a think tank that has campaigned for free enterprise and limited government in my native country since 1975. 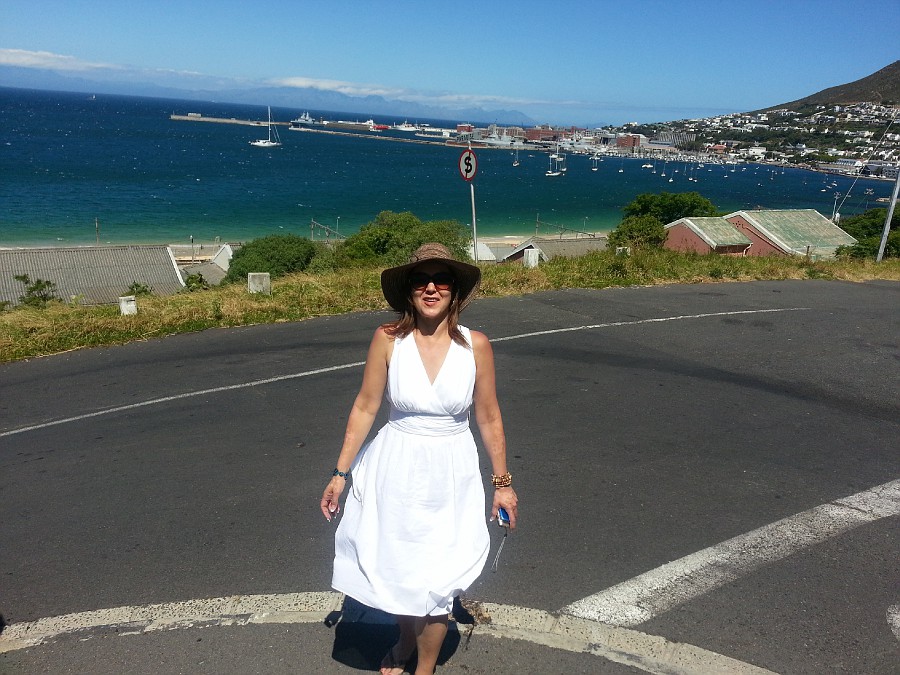 With the view behind me of Simonstown’s bay, it’s no surprise the government wanted the fisherman’s cottages my family called home.

The project they’re in the running for is called the Khaya Lam Project. It means “My House.” It epitomizes why I have always been so passionately opposed to eminent domain abuse and for “limited government:” No government should be able to seize your land without overwhelming justification.

In South Africa, the government deliberately drove people from their homes because it had its own designs on their land. It corralled people into racial group areas. In fact, the law was called the Group Areas Act. I know, because my family was forced out of their homes. I chuckle sometimes when sharing the photograph of Cotton Lane in Simonstown, where my extended “coloured” (mixed-race) family used to live before the area was rezoned “white.” But the harsh truth is the Cottons would have preferred to have their homes instead of a road named for them after they were ousted.

Even worse is what happened under the 1913 Land Act, which outright prohibited black South Africans from owning land. When you try to buy land in a foreign country, you naturally expect a little government pushback and restriction as far as ownership. But when you’re prohibited from owning property in your own country, it’s an outrage. Couple that with an apartheid government that deprives you of the ability to vote on the people and policies that affect you and it’s a travesty

That’s how we come to the Khaya Lam Project. More than two decades after apartheid ended, millions of black South Africans still don’t have title to the land on which they live. The Foundation’s project, powered by private donations, is an effort to finally give the deed to these residents, who have had occupation rights but no property deed.

“Black South Africans have had occupancy rights in state-owned rental housing in separate apartheid townships built especially to house them in proximity to ‘white’ towns and cities,” Foundation Director Eustace Davie explains. “Our task is to make everyone in the country aware of how the country will change for the better if we can extinguish the effects of one of the greatest crimes of apartheid: depriving black South Africans of property rights for 78 years.”

Private property rights are the foundation of national security. People who have a vested interest in their land tend to be interested in preserving, maintaining and improving it and peacefully coexisting with their neighbors. They’re able to trade and exchange and freely move about without fear of being removed from their land. As Sir John Templeton said, “Property rights are essential for human rights.”

South Africa’s Free Market Foundation, whose motto is “Progress through Freedom,” is no ivory tower. It isn’t “just” a think tank. It’s a DO tank. It’s one of several organizations in the running for the Templeton Award. To my other friends in the running: I hope you’ll pardon me if I’m just a little biased in favor of this effective, life-changing organization from the “old country.” 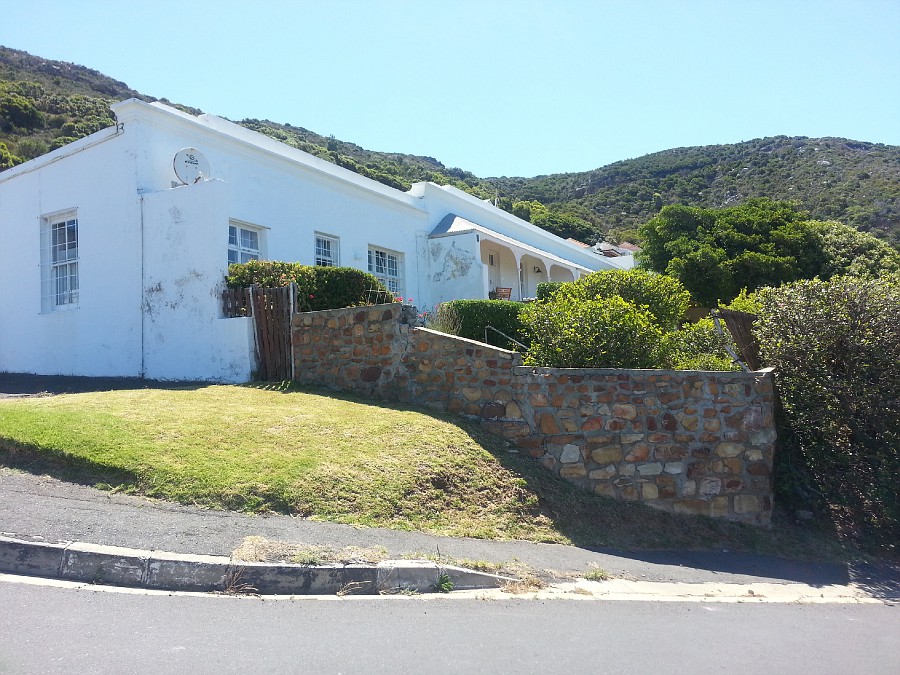 Cotton’s Cottages, overlooking the bay in Simonstown, where my family lived before the government forced them out. 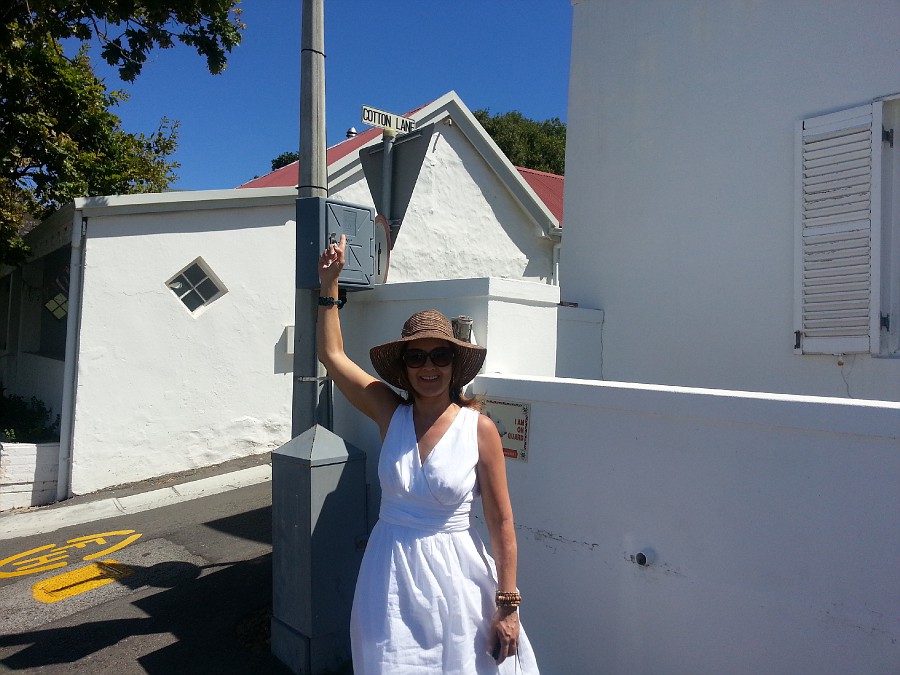 Cotton Lane is named after my family. 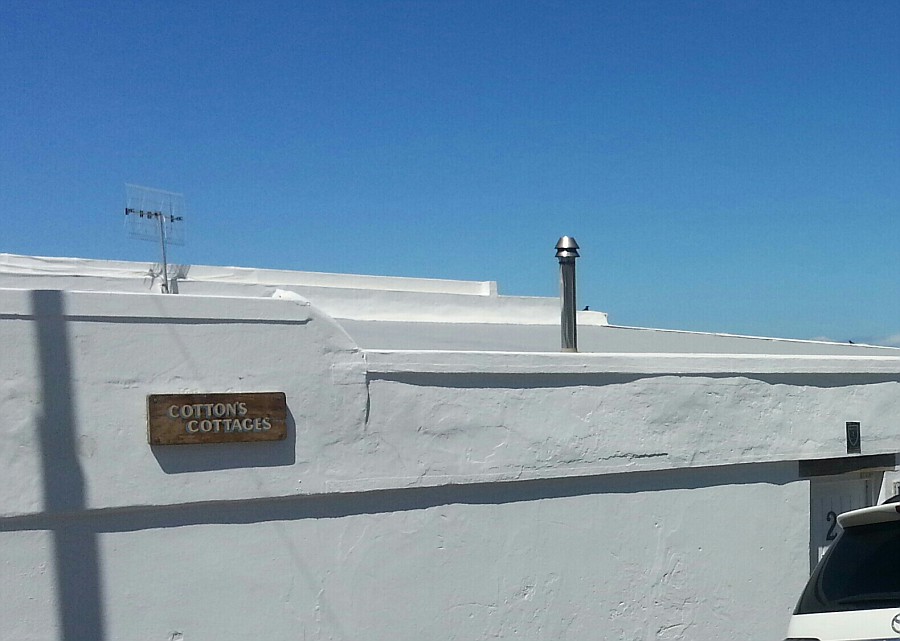 The cottages, too, are named after my family.