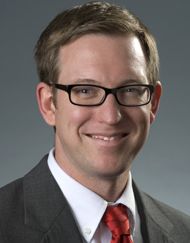 Last fall, then-new Coahulla Creek High School in Whitfield County made a bold move and issued all of its students tablets rather than textbooks.  Now a new report by Learning Untethered titled “Learning is Personal,” noted by Getting Smart, takes a closer look at how tablets are actually used in some 5th grade classrooms over the course of a school year.  This is a “project,” rather than a full research paper, but it is a project schools might want to take note of.

The questions the authors asked were “whether handheld and tablet form factors are adequate for student production of content, or just consumption, and whether Android or iOS devices are more appropriate for school implementation:  Students were issued 7” Samsung Galaxy Tabs, and were allowed to take the devices home and to choose install apps themselves  Some findings include:

Students’ writing quality was “essentially equivalent” whether they composed papers on tablets or on laptops (though this wasn’t scientifically tested).  However, the students preferred writing and working on larger projects using laptops. 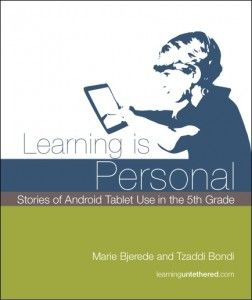 While the tablets seemed useful, and both the students and teachers changed their habits (and enjoyed doing so), there were some issues.  Many students faced technical issues with the tablets, which took some time to correct, and led to student frustration.  The authors expected (and hoped) that the current Android market would be very effective source on content for schools, but this proved not to be the case (though they hold out hope for either “rapid evolution and maturing” in the Android market, or in new pricing models for schools in the quality-controlled but more expensive iTunes app store).

“Learning is Personal” is not a scientific study (the authors note this explicitly), and should not be considered “proof” of anything.  But helpfully, “Learning is Personal” ends with a list of ideas that the authors think could be valuable as subjects of more rigorous research.  The project is useful as a way of hinting at what might work in practice for schools.  The authors’ final recommendations are that:

“…21st century students need personal devices AND ready access to high-quality, responsive desktops or laptops, but that if we have to choose between them, always-on, always-connected personal mobile devices provide the greater advantage.  Ideally, every backpack would contain both, with the mobile device always out in the students’ desks and the laptop pulled out for more concentrated work.”

As educators continue to consider how to move forward with embedding technology in their schools, this is the kind of project that could helpfully inform their discussions.

Eric Wearne is a Georgia Public Policy Foundation Senior Fellow and Assistant Professor at the Georgia Gwinnett College School of Education.  Previously he was Deputy Director of the Governor’s Office of Student Achievement.