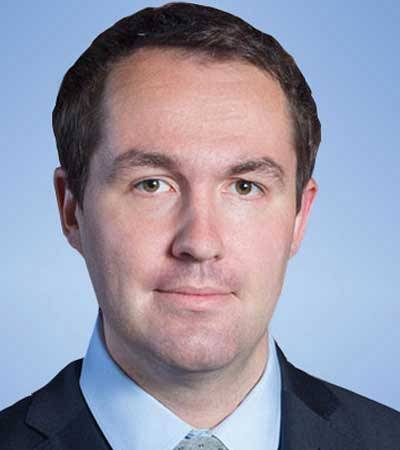 A new poll shows that a clear majority of Americans support Medicare for All – until they are told what it is and how it would work.

The survey was conducted by the Kaiser Family Foundation, which regularly asks Americans about health policy issues as part of its Health Tracking Poll series. It finds that 56 percent of the country supports a “national health plan, sometimes called Medicare for All” and an even larger percentage – 71 percent – supports the idea when told that it would “guarantee health insurance as a right for all Americans.”

When told that such a plan would eliminate health insurance premiums, 67 percent say they’re in favor.

One way to look at these numbers is as strong public approval for the broad outlines of a single-payer health care system, which would create a single national health insurance plan run by the federal government and financed through taxes. That public is support is why so many 2020 Democratic presidential contenders have been warming up to the idea.

But the more revealing part of the survey, I think, comes from the questions focused on the costs of single payer, all of which caused support for Medicare for All to drop below 40 percent. Told that it would eliminate private health insurance and require people to pay more in taxes, for example, support fell to 37 percent. Told that it would cause some medical treatments and tests to be delayed, support dropped even further, to 26 percent.

Medicare for All supporters might complain that these are loaded descriptions that don’t accurately capture the reality of single payer, which they say is about freeing people from premiums while offering a guarantee of access. But these are, at a very basic level, just descriptions of what an American single-payer system would do.

The most prominent such plan is the one put forth by Sen. Bernie Sanders (I-Vt.), which would eliminate all existing private health insurance plans in a four-year period. Although it allows for some secondary private coverage once the system is in place, it requires most everyone in the United States to enroll in a new, government-run plan.

Arguably the whole point of the most ambitious single-payer schemes is to move everyone off private insurance and onto a single federally managed plan; that’s not possible unless people who currently have private insurance get new coverage. Some single-payer proposals would make the transition more slowly, but coverage disruption is not incidental; it’s the point.

Financing that plan would require a massive increase in federal spending – about $32 trillion over a decade, according to estimates from think tanks across the political spectrum. Even with the most carefree attitude toward debt and deficits, it is nearly unthinkable that an increase in government spending of that size would not come with higher taxes, probably much higher taxes, which would likely affect the middle class.

The contention that waiting times for health care services would be longer is the most debatable of the bunch, but given the experience of other countries and the probable design of a full-scale single-payer plan, it’s a more than plausible outcome.

Government-run health care systems like the ones in the United Kingdom (which is fully socialized) and Canada (a territorial single-payer system) are notorious for having long wait times for services such as cancer treatment.

Furthermore, the Sanders plan calls for significant reductions to reimbursements for health care providers, which, if implemented, would almost certainly put some health care centers out of business, reducing the number of doctors and other medical professionals.

And although it’s possible, in theory, to imagine a system that doesn’t cut provider rates, that would be far, far more expensive and would require even higher taxes while robbing supporters of one of their favorite talking points – that Medicare for All is much cheaper, overall, than the current system.

Medicare for All proponents might be pleased with the show of support found in the survey, but what those questions mostly revealed was that people say yes when you ask them if they favor a health care system that is essentially cost-free.

Clear public support, in other words, only materializes when you ignore the practical reality of making a transition from a mixed public/private system to single payer – higher taxes, longer waits and the loss of existing private insurance arrangements.

So it’s not surprising that Medicare for All backers are remaining relatively vague about the particulars of their plans – especially when it comes to financing – and that the phrase’s popularity has coincided with its transformation into a non-specific catchall for additional government intervention in the provision of health care, whether or not that intervention amounts to a single-payer system.

Vagueness serves the cause here. The imaginary version of Medicare for All that entails no disruption or tradeoffs is popular; the reality is not.

This commentary by Peter Suderman, managing editor of Reason.com, was published on Reason’s website on January 24, 2019, and is reprinted by the Georgia Public Policy Foundation with permission. The Foundation is an independent, nonprofit think tank that proposes market-oriented approaches to public policy to improve the lives of Georgians. Nothing written here is to be construed as necessarily reflecting the views of the Georgia Public Policy Foundation or as an attempt to aid or hinder the passage of any bill before the U.S. Congress or the Georgia Legislature.

© Georgia Public Policy Foundation (January 25, 2019). Permission to reprint in whole or in part is hereby granted, provided the author and his affiliations are cited.