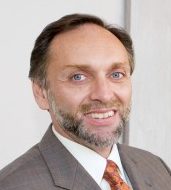 More than 12 million nondisabled, working-age Americans are enrolled in Medicaid. They receive medical care that is virtually free, and in most states they are under no obligation to work or seek work.

Until you consider how much these “free” benefits may cost a recipient over the course of a lifetime. That could total more than $323,000 in forgone wages for men and over $212,000 for women, according to a study by the Buckeye Institute, an Ohio-based free-market think tank.

More hours on the job translates to more wages. Over the course of a lifetime, the differences in income accumulate to levels that significantly improve living standards.

The authors also note that most people who remain in the work force will work their way off Medicaid and experience earnings gains more similar to those who were never eligible for benefits. Male recipients who follow that trajectory will earn nearly $1 million more over the course of a lifetime than those who remain on Medicaid and don’t increase their work efforts. The lifetime difference for women, the authors estimate, would exceed $725,000.

The reasons for these differences are not far to seek. People who receive income-related benefits have powerful disincentives to work. A job provides income. Too much income results in loss of benefits. These perverse incentives discourage people from pursuing the surest way to escape poverty: a job. Work requirements help break this dynamic, discouraging long-term dependency.

Some beneficiaries, of course, will choose not to comply with work requirements. Arkansas, which last September began requiring recipients to work or look for work, removed nearly 17,000 people from the rolls. (All were eligible to re-enroll on January 1.) The CMS Actuary estimates that the cost of providing Medicaid to a nondisabled, childless adult averaged more than $6,300 in 2016. It hardly seems unreasonable to ask recipients to make at least some effort to work in exchange for such a generous subsidy.

The Buckeye Institute study comes as many states are considering whether to expand Medicaid eligibility to nondisabled, childless adults. The Affordable Care Act (ACA) incentivized states to undertake such expansions.

These states define work activities to include such things as community service, job search and education. All of these activities count toward their required 80 hours of monthly work. And all of them, like a job, benefit recipients.

Many conservative critics of Medicaid expansion focus on its cost to taxpayers. But they shouldn’t overlook that “free” Medicaid without work requirements imposes significant costs on recipients themselves, a point seldom made in the policy debate.

Medicaid and other welfare programs should be a bridge for non-aged, nondisabled adults, not a destination. It should offer them a way out of poverty, an opportunity to acquire skills and develop habits that increase their earnings and improve their material well-being. The Buckeye Institute study provides empirical evidence that work requirements benefit the poor by nudging them toward the path of self-sufficiency.

© Georgia Public Policy Foundation (January 11, 2019). Permission to reprint in whole or in part is hereby granted, provided the author and his affiliations are cited.