A host of tax bills are up for consideration as the Georgia General Assembly enters its final week: tax breaks for the music industry, tax breaks for big construction projects, tax breaks on jet fuel, taxes on Internet purchases, taxes on ride-sharing services such as Uber and Lyft, and cuts in the individual income tax rate. 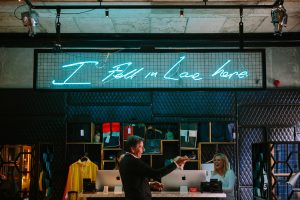 Some proposed tax breaks are designed to keep businesses in our state. But what about the forgotten man who expands his business without playing the game of searching for handouts, pretending he or she might move out of state without an “incentive?

On the campaign trail, politicians often criticize tax breaks for special interests and the use of the tax code to “pick winners and losers.” Despite that, the siren song of job creation and promises of economic growth are clearly hard to resist; several of these bills are passed each year.

As with pork barrel spending projects, the difference between competitive economic policy and special interest tax policy is often in the eye of the beholder.

So what’s an honest legislator to do? Heed the “forgotten man.”

The forgotten man was the successful theme of the recent national election. The concept can be exceptionally helpful in facing this policy challenge.

Every proposed tax break comes with promises of more jobs and investment. What business wouldn’t argue that a tax break would lead to job creation and investment for their industry? But what about the “forgotten man,” the business owner, hard at work, who has no lobbyist or a political connection to get a tax break? That forgotten man might have produced even more jobs, but we’ll never know.

Some proposed tax breaks are designed to keep businesses in our state. But what about the forgotten man who expands his business without playing the game of searching for handouts, pretending he or she might move out of state without an “incentive?”

Legislators are mostly good people trying their best to do a good job. They are not experts at predicting the most efficient way to allocate capital in our complex economy. No one is.

It’s like trying to pick the stock market. You may call one or two turns in the market correctly, but you have to be right many times to do better than a simple “buy and hold” strategy.

The same is true of picking industries for tax favors. One pick may have great results, but the long-term results are unlikely to be very impressive. This is true, especially, because the decision makers are often more likely to be influenced by campaign contributions than by expert opinion. And don’t forget, much like with stocks, people tend to talk about their winners and neglect to tell you about the losers.

Even with a high-profile program like film tax credits, who is to say we wouldn’t have created more economic growth by giving those millions of dollars to the bio-tech industry, the automobile industry, or simply by lowering taxes on hundreds of thousands of small businesses through reducing the individual income tax rate?

The best tax reform is applied broadly, not by carving out companies, industries or other groups for incentives and special treatment.

That’s easy to say and much harder to implement; even arguments for unwise policy can be persuasive. That doesn’t make them right, but it does make them hard to resist. It’s the reason legislators need a reference point to keep them steady. And it’s a compelling reason for legislators to heed the forgotten man.

© Georgia Public Policy Foundation (March 24, 2017). Permission to reprint in whole or in part is hereby granted, provided the author and his affiliations are cited.