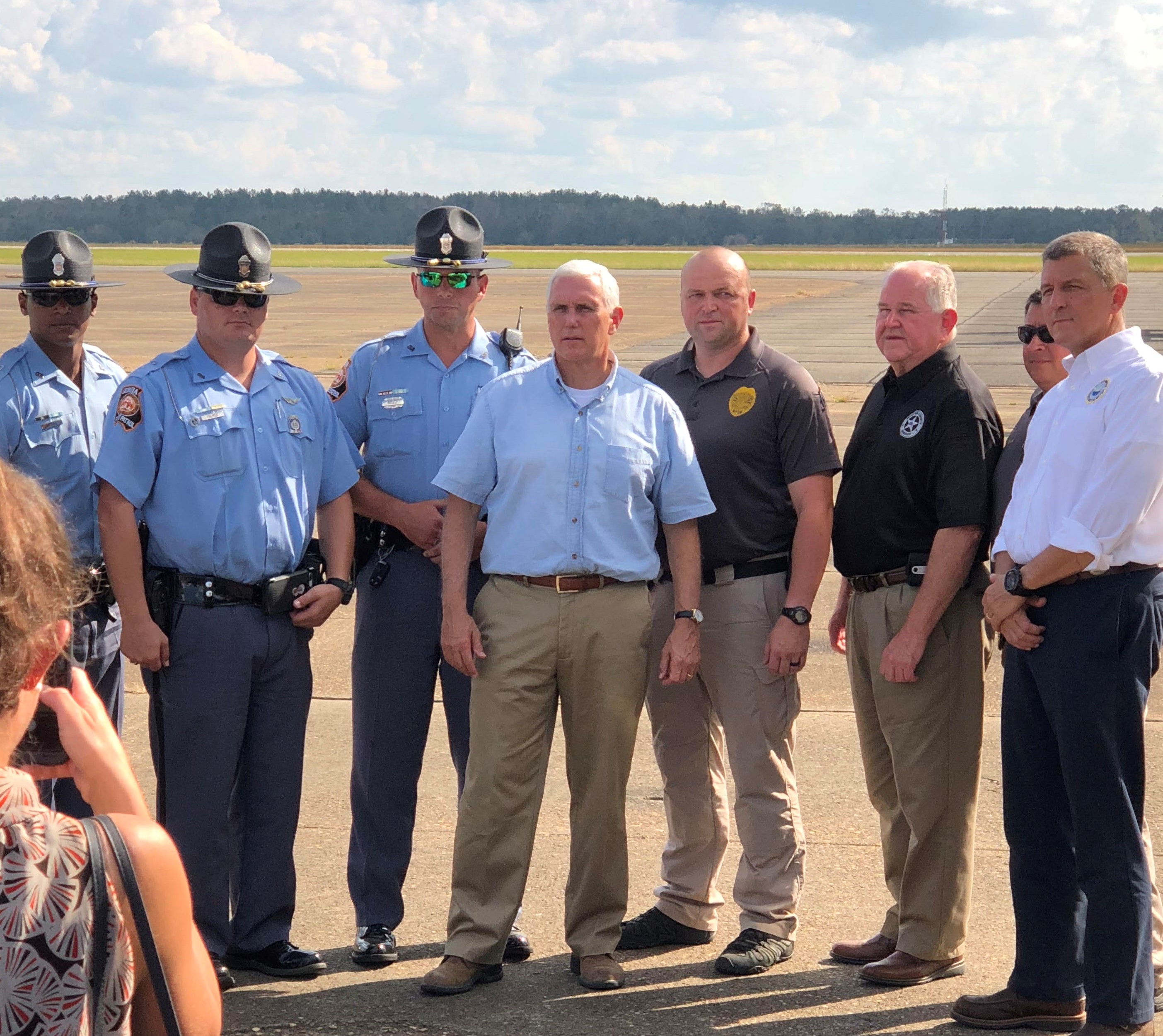 Hurricane Michael made landfall in the Florida Panhandle and sustained major, hurricane-force winds as it entered southwest Georgia’s agricultural heartland. It appears the losses to Georgia agriculture alone will exceed $2 billion. This unprecedented hit may require similarly unprecedented responses from the private sector and government.

As of this writing, I estimate Georgia cotton growers suffered $550 million in losses. Worse, Georgia pecan growers suffered $560 million in lost crop, damaged and destroyed trees, and lost future income while waiting for replanted orchards to mature. Georgia vegetable farmers also suffered heavy losses, perhaps over $400 million. Topping even that, Georgia timber owners may have lost $1 billion, with 250,000 acres completely lost and 750,000 acres with varying levels of damage. Add in “smaller” losses, such as almost 100 chicken houses and 2 million chickens destroyed, plus damage to peanuts, soybeans, container nurseries and greenhouses, and the total losses in Georgia’s agricultural industry will almost surely exceed $2 billion.

Agriculture is a vital part of Georgia’s economy. The value of agricultural production, counting timber, is about $14 billion per year. The total value of the food and fiber sector in Georgia, counting all the food processing, paper and wood manufacturing, and food retailing industries, exceeds $74 billion. Agriculture and related industries support over 400,000 jobs in Georgia, about one in 10 workers in the state.

In short, agriculture is Georgia’s largest industry, and restoring it to health is vital.

We can hope farmers bought crop insurance to reimburse them for part of these losses; generally, some percentage of the value of the lost crops. Some of the trees (for timber and pecans) are insured, and business insurance will cover damage to structures and equipment such as chicken houses and irrigation systems. However, uninsured losses will still be considerable and demand additional help.

The biggest thing Georgia farmers will need is access to capital. Federal disaster relief should provide some outright grants and low-interest loans. The federal government could also ensure the farm credit system can meet the need for loans, and that impacted farmers can easily qualify for that credit, perhaps through an expansion or simplification of existing U.S. Department of Agriculture (USDA) Rural Development or Small Business Administration (SBA) loan guarantees.

Credit is also needed to replace the lost infrastructure of our agribusiness supply chain. Most peanut buying points in southwest Georgia were damaged or destroyed, along with thousands of storage facilities, equipment sheds, irrigation systems and other farming infrastructure. Repurposing cotton warehouses for peanut storage this year would solve two problems: helping peanut farmers as well as cotton ginners with little cotton to gin. Any regulatory relief needed for such repurposing must be provided quickly.

The advantage of such approaches is they utilize existing institutions. Farm credit banks already know how to make loans. The USDA and SBA already know how to do loan guarantees. The federal government knows how to inject capital into the banking system and subsidize interest rates. Without having to invent the wheel again, such an approach could provide aid to Georgia farmers quickly. Plus, with most of the money coming in the form of (subsidized) loans, the cost to taxpayers would be minimal.

Giving impacted farmers loans with low or no interest for up to 10 years would afford them the opportunity to dig their way out of this hole, rebuilding their equity while maintaining some standard of living. Funneling the necessary working capital and interest subsidies through existing banks should help efficiency, by using the private sector wherever possible.

Georgia farmers want a hand up to get back on their feet after Hurricane Michael, not just a handout. If we think creatively, we can find a way to ease the financial burden of this storm without simply passing out taxpayer dollars.

Jeffrey H. Dorfman is a professor of agricultural and applied economics at the University of Georgia and a senior fellow with the Georgia Public Policy Foundation. The Foundation is an independent, nonprofit think tank that proposes market-oriented approaches to public policy to improve the lives of Georgians. Nothing written here is to be construed as necessarily reflecting the views of the Georgia Public Policy Foundation or as an attempt to aid or hinder the passage of any bill before the U.S. Congress or the Georgia Legislature.

© Georgia Public Policy Foundation (October 19, 2018). Permission to reprint in whole or in part is hereby granted, provided the author and his affiliations are cited.