Excerpt from the keynote address by Daniel Garza, executive director of The LIBRE Initiative, at the Georgia Public Policy Foundation’s 2014 Annual Dinner on March 5, 2014. Garza’s family immigrated to the United States from Mexico. Garza, who as a child worked alongside his father and brother in farm fields, became an elected official, a White House staffer and now is executive director of The LIBRE Initiative.

My parents saw America, I think, like a lot of immigrants did before them: as the Promised Land. I like to quote a song by Woody Guthrie that he wrote about the Joad family in the novel, “The Grapes of Wrath.” He’s talking about the family coming to California and he said, and they came to the mountain top and it looked like the Promised Land, a rich green valley with a river running through it. There was work for every single hand. 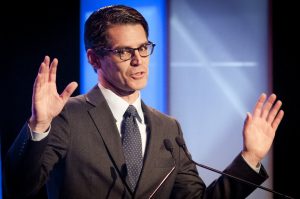 My parents saw America like that. It really was rich and prosperous and they knew they could improve their lot in life not only for themselves but for their children. They were right.

You see, Hispanics have not rejected free market principles. There has just been an absence of the conversation within our community. We’re driving an unprecedented effort at the size and scale that we’re doing it.

The famous phrase in our Declaration of Independence is categorically free market, that we are endowed with certain inalienable rights, the right to life, liberty and the pursuit of happiness. The Founding Fathers were saying we don’t know what does it for you; you figure it out. You figure out what makes you happy. You work hard, you save, risk your capital, make profit, pursue your aims, your goals, your aspirations, not those of another.

American individualism – that is, our free enterprise system – has been remarkable in its capacity to expand and advance human possibility. Through the free market we have discovered that a free human has the God-given ability to create wealth, to control his destiny and to anticipate what life may bring the efficiency and the accumulation of capital. That freedom explains why some people, even in difficult economic times, can move up the economic ladder despite assertions that they are among the most vulnerable, just like waves and waves of immigrants did before us – people just like my parents. 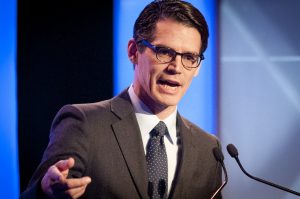 America was built on waves of poor immigrants who achieved the American Dream. But lately we have turned our backs on the free market system. The current administration argues that only by increasing taxes, expanding the army of federal bureaucrats and spiking government spending will we see better days. Instead of sticking to the business of redistributing knowledge and opportunity, the government is now redistributing earned wealth from workers to non-workers on a grand scale by massive spending programs, things like stimulus, bailouts, subsidies, earmarks, cronyism run rampant.

At a time when American taxpayers have had to make sacrifices, politicians say we don’t do enough to pay our “fair share.” The thing is, when is Washington going to make badly needed sacrifices and when is it going to look out for the interest of the taxpayer? When we will focus once again on growing economic opportunities in our private sector and return to our free market ways?

Methodically and deliberately, government now permeates every aspect of our lives, usurping the role of the market, the family unit and the church, convinced that government can remedy every social ill under the sun. This administration has grown the size and the scope of government at levels without historical precedence with only a meager 2 percent GDP rate and 8 percent unemployment average to show for it. 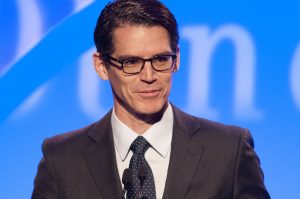 Watching conservatives trying to appeal to Hispanic votes can be frustrating to watch because they are making it harder than it really should be. Conservatives can and should win this test every time but time and again they have failed to make an effective case to the Hispanic community. Having ceded outreach efforts of minority communities to progressive non-profits, unions and liberal candidates their neglect has resulted in the loss of precious votes on a massive scale across the country.

Hispanic celebrities are not preaching free market principles. The National Council of La Raza and Legal United Latin America don’t have workshops about the free market. We have to do that. Youth care about inequality, the cost of their tuition; let’s talk to them about the free market alternatives. Women care about workplace advancement, the education of their children; let’s have that conversation, market-based. The business owner cares about regulations and taxes how he’s going to grow his business; let’s have that conversation. 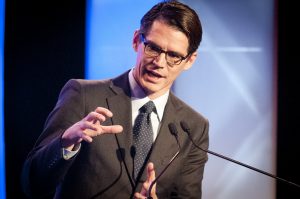 You have to challenge the narrative. They’ve been told that you don’t care, that all you care about is the rich. We have to tell our story. Over 80 percent of American millionaires are self-made. They had nothing. It was the free market system that made them prosperous. They need to tell their stories.

There are no Hispanic issues. It’s not just immigration. It’s about the debt, it’s about defense, it’s about education, it’s about transportation issues. It’s all of it. If you’re somebody who is running for an office earn their vote, respect them, talk about all the issues that are impacting your community. Go into their churches, their chambers of commerce, the colleges and the universities, have those conversations.

Do not pander. I don’t know how to say this without sounding uncouth: This isn’t about white people telling Hispanics we really, really do like you. This is about conservatives having a conversation with conservatives at that level, a level of respect, as equals. You want to earn their vote; you want to listen to what their concerns are. That should be your perspective. Show up, listen and engage.

Make sure that we engage with the Hispanic community, that we tell our story, that we drive the principles of the free market, sound money supply, limited government, free enterprise, free trade, risk taking, individualism … that we celebrate the entrepreneur. Those are the true heroes of our economy. The middle class is hurting. We need to have that conversation as well. We hope that you will join us. Thank you so much.

Daniel Garza is executive director of The LIBRE Initiative.