By Grace-Marie Turner and Tyler Hartsfield 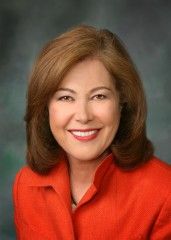 All eyes have been focused on the functionality of the HealthCare.gov website — or the lack thereof — since its launch October 1. But another rolling disaster is underway that is much more significant: Despite the president’s assurances to the contrary, virtually everyone — not just the 15 million Americans with individual policies — will feel the brunt of Obamacare’s sweeping changes. Once members of the public begin to see the costly changes to their health plans and the limits on their access to doctors, the issue will dominate the debate through 2014.

Earlier this year, the president asserted that “for the 85 to 90 percent of Americans who already have health insurance . . . their only impact is that their insurance is stronger, better, more secure than it was before. Full stop. That’s it. They don’t have to worry about anything else.” And as recently as November 14, the president claimed that “when I said you can keep your health care, I’m looking at folks who’ve got employer-based health care; I’m looking at folks who’ve got Medicare and Medicaid — and that accounts for the vast majority of Americans.”

So let’s look at the various categories of people the president has tried to assuage:

Medicare: There are approximately 50 million people on Medicare. Overall, seniors and people with disabilities on the program will see a $716 billion cut in payments to physicians, plans, hospitals, and other providers over the next ten years. Seniors will experience restricted access to care, and many already are being forced to find new doctors as physicians retire, sell their practices, or stop taking Medicare.

About 13 million of these seniors have voluntarily enrolled in Medicare Advantage plans, which combine hospital and doctor coverage and often prescription drugs into a single private health plan. These seniors are seeing their plans and services cut because of $156 billion in cuts to the program ordered by Obamacare.

UnitedHealth Group, the nation’s largest provider of Medicare Advantage plans, has dropped thousands of doctors from its networks because, one executive said, “we are under substantial funding pressure from the federal government.”

Medicaid: This joint federal-state program is a safety-net program for 55 million of the poorest and most vulnerable Americans. Unfortunately, the low reimbursement rates for doctors serving Medicaid patients in most states make it very difficult for many on Medicaid to find doctors when they need care.

Obamacare will bring as many as 19 million additional people into the Medicaid program to compete with the existing users for care. This will make it even more difficult for those on Medicaid today to get a doctor — particularly a specialist — to see them, since the health law does not increase the number of providers available to provide actual medical care. Many will be forced into hospital emergency rooms for routine care.

The New York Times quotes Hector Flores, a primary-care doctor in East Los Angeles who has 26,000 patients in his practice, more than one-third of whom are on Medicaid: “There could easily be 10,000 patients looking for us, and we’re just not going to be able to serve them.”

Employer coverage: Many small businesses are finding that their health plans don’t comply with Obamacare’s expensive mandates. An estimate in the June 2010 Federal Register predicted that up to 80 percent of small-business plans could be lost.

The president assures employees that their coverage is “stronger, better, more secure than it was before,” but that is not their experience. The administration knew that tens of millions of people would lose their current coverage and face higher costs to comply with Obamacare’s mandates.

And the distortions ripple throughout the economy. A survey, conducted by Public Opinion Strategies for the U.S. Chamber of Commerce and the International Franchise Association, found that more than half of businesses with 40 to 70 workers will make personnel decisions to stay below 50 full-time employees — the threshold at which the health law requires them to provide health insurance to workers or pay a penalty.

That means some people will lose their jobs, others will never get hired, and still others will have their hours cut. These employers report that, even with the one-year delay in the employer mandate, many already have reduced worker hours, cut staff, or replaced full-time employees with part-time workers.

Employees of large companies also will feel the impact in the form of higher premiums, higher deductibles, and more limited networks. Starting next year, virtually every person covered by a health plan will be taxed $63 — money that goes to a $25 billion fund designed to help offset the risks of covering people with preexisting conditions. Policyholders face another health-insurance tax averaging $150 per employee, and some also will pay a “Cadillac tax” that starts in 2018. While these costs are not charged to consumers directly, they will be passed along in the form of higher premiums. Employers trying to hold down costs are also likely to restrict networks.

Individually insured: The president has repeatedly disregarded the roughly 5 percent of people with “junk,” “substandard,” “sub-par,” and “bad-apple” insurance — people who purchase individual health-insurance policies for themselves and their families.

We’ve heard a lot over the last several weeks about the millions of policies that have been canceled because they are not Obamacare-compliant. While the Manhattan Institute’s Avik Roy argues that the 5 percent number is too low, it still represents about 15 million people.

The health law tries to force them into the exchanges, where they will pay higher premiums and contribute to the law’s massive income redistribution.

The uninsured: The 15 percent of Americans who are uninsured are the target of Obamacare’s coverage expansion. But even they don’t fare well. Of the 48 million people in the U.S. who are without health coverage, Obamacare leaves about 30 million uninsured. The others are either going to be stuffed into Medicaid or forced to navigate the tortuous Obamacare-exchange maze.

So, the president’s assurances that Americans “don’t have to worry about anything else” will not ring true with the vast majority of Americans, who will be directly, and mostly adversely, affected by his signature health law.