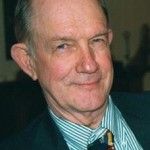 Trees are ubiquitous. Most of us love them; a few hate them. Homeowners can be ambivalent, at least about some trees.

Modern cities are fixated on trees.

In Athens, a tree actually owns itself – really, officially – but it’s not a new landowner; it (or its predecessor) inherited its space in the 1800s!

“Forest” is a concept that shifts with people, time and place. Trees have always grown in town and required attention. In 1901, The Atlanta Constitution reported on a city park commission meeting about the damage caused by “persons who hitch their horses to shade trees.” And in 1921, the U.S. Department of Agriculture published the Farmer’s Bulletin 1209: “Planting and Care of Street Trees.” It gave instructions and advice much like that given by today’s urban tree advocates.

The modern concept of urban forestry is more urbane, more trendy and more urgent. Today urban forests are protected and praised; their benefits counted far beyond anything accredited to trees a century ago. They shade us and our partially-wooden homes, lowering air-conditioning bills, reducing stormwater run-off, and even cleaning the air of pollutants.

A recent publication by the Georgia Forestry Commission cites 17 benefits of trees, none of them for use of harvested wood products. Some were esoteric, like “Provide spiritual and creative inspiration” and “Serve as friends, companions, playmates and teachers.”

As the modern view requires, none of the costs or liabilities were mentioned. In fact, nearly all sources of information about urban forests today – aside from tree surgeons and insurance agents – emphasize the benefits and overlook the negatives.

Unfortunately, storms happen. Trees and branches fall, sometimes on houses and automobiles, sometimes on streets and utility lines. Tree roots lift up pavement, sidewalks, and street gutters or curbs, all of which can cause injuries and cost money to repair. Occasionally, people are injured or killed when limbs or trees crash down.

Sometimes trees cost massive amounts of money. In 2010, the city of Savannah lost a $12 million lawsuit for injuries caused when a large tree branch fell on an automobile and an occupant lost her leg. Savannah spends about $2 million annually for tree maintenance.

Like many of Georgia’s towns, Sky Valley, in northeast Georgia, has no shortage of trees. The city (pop. 267) is a “Tree City USA,” one of more than 3,400 communities have achieved Tree City USA status, according to the Arbor Day Foundation, “by meeting four core standards of sound urban forestry management: maintaining a tree board or department, having a community tree ordinance, spending at least $2 per capita on urban forestry and celebrating Arbor Day.”

Most cities have a special set of rules regarding trees, and homeowners and builders can pay dearly for overlooking them. In 2005, there were just 35 Georgia counties and 146 municipalities with tree ordinances. A Georgia Urban Forest Council survey found 15 ordinances were reported as passed from 1970 to 1990, compared to 51 from 1990 to 2005.

Cities spend considerable resources maintaining urban forests that count in the “benefits” list. But the benefits are much overstated. A scientific paper estimated that in 2010 trees in Atlanta removed from the air 64.5 metric tons of particulate matter (particles 2.5 micrometers or less in size). That sounds like a lot but is just 4.4% of the yearly rate of particle decrease since 2000.

Another paper estimated that trees reduced the concentration of five major air pollutants in Atlanta’s air by less than 1% each year. And since most trees are in rural areas, urban forests account for a small portion of pollution removed by trees; less than 10 percent in Georgia and the nation.

A complication in the urban forests’ “health benefit” narrative is that trees contribute volatile organic compounds (VOCs) which help produce ozone, in addition to their role in removing it from the air. That probably accounts for a conclusion in a U.S. National Park Service report: “From 1990 to 2014, average ozone concentrations in national parks were statistically indistinguishable from the 20 largest U.S. metropolitan areas.” Either urban trees don’t remove ozone, or national parks produce as much as cities do.

At a time the nation has 40 million more acres of forest (4 million acres more in Georgia) than a century ago, it’s easier to live among the trees and enjoy their benefits. Sometimes, however, the over-advocacy, overprotection and over-emphasis resembles the beating of a hard-working horse.

© Georgia Public Policy Foundation (August 23, 2019). Permission to reprint in whole or in part is hereby granted, provided the author and his affiliations are cited.