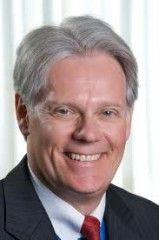 Georgia is moving quickly toward the end of an era as parole offices are being closed at a pace that will see most of them completely shuttered within the next calendar year.  A handful already are closed, about another dozen will close within weeks and the remainder will close as the state moves away from real estate toward reliance on parole officer-friendly remote technology.

“The day of the parolee reporting to a parole office is long gone,” said Michael Nail, executive director of the state board of Pardons and Paroles.  Virtual offices – two-man parole teams in vehicles – will replace real estate.  “Our officers will be in the community where parolees reside and work and it’s no longer parolees coming to where the parole officer works,” Nail said.  Teams are equipped with Android devices that connect to a Google.Gov platform.

The Pardons and Paroles board expects to save $1 million when contracts expire on leased office space statewide.  From a previous high of 48 parole offices, the state currently has about 40 still open.  Nail said 13 will close in December and nearly all others within 12-to-18 months. Those that remain open in state buildings will often share space with state probation employees.

The decision to move away from real estate and toward two-man mobile parole teams is equal parts the reality of the state budget and evidence of success that Pardons and Paroles has witnessed since it began a voice recognition parolee call-in reporting experiment.  A call-in pilot program that began 18 months ago with 1,300 parolees has expanded to almost 3,400.

Pardons and Paroles is its own agency, not part of the Department of Corrections, and it has a current fiscal year budget of just under $52.7 million.  Like nearly all state agencies it has been asked to propose 3 percent in cuts, or about $1.6 million, for the fiscal year that starts in July.  Closing under-utilized offices and moving personnel into the field is part of absorbing that cut.

Georgia has about 23,000 former penitentiary inmates on parole.  Almost one-third who have been successful under regular supervision are considered low-risk to re-offend or pose a public safety risk.  Starting in summer 2011 the state began to assign low-risk parolees to a voice recognition system in which the parolee is required to report by phone.  Software developed by Atlanta-based Anytrax can identify individual parolees and the service is available in multiple languages.

Nail said the model has succeeded on several levels.  First, just 1.7 percent of parolees who were assigned to voice recognition reporting have re-entered the system for technical violations or a new criminal charge. Second, the number of cases assigned to parole officers has declined from about 75 to about 40 with increased face-to-face emphasis on higher-risk parolees.  Third, the agency determined it does not need to maintain leases on costly real estate.

“This is what we were able to do to meet the mandated reductions,” Nail said.  “If we had not gone down that road the only thing you can cut or reduce is staff and personnel.”  The state parolee population is up about 10 percent over ten years but the number of case workers has declined about 10 percent over the past five years.  No case worker expansion is anticipated.

Pardons and Paroles has also begun an enhanced house arrest monitoring pilot project in which cell phones combined with voice recognition technology are used to track the location of parolees.  Cell phone technology enables parole officers to identify a parolee’s exact location. Think of this as a GPS type technology without GPS costs.   Anytrax charges $7 per month per parolee enrolled in its services; that cost is charged to parolees and is not paid by state dollars.

None of these changes is directly tied to criminal justice reform measures that were adopted by the 2012 Legislature and which are currently being implemented statewide.  However, voice recognition tracking and creative uses of cell phone technology are examples of innovation developed in the private sector that can be successfully applied in the public sector.

“Sometimes philosophically in government and the public safety arena we get in the mindset that we are the only ones who can effectively do our business,” Nail said.  “This has shown us we can be more effective when we reach out and find others who can assist us doing our job.”

Nail added, “This is what community supervision ought to be all about.”

(This article was republished by Right on Crime at the Texas Public Policy Foundation.)

3 thoughts on “End of an Era: Georgia Begins to Close Parole Offices”