(Corrected version to reflect that SPN was established in 1992 and 150 organizations attended the 2014 SPN conference.)

When the State Policy Network was established in 1992, the Georgia Public Policy Foundation was one of just 12 independent, free-market, state-focused think tanks around the nation. Its leaders could have met in someone’s garage.

If you haven’t heard of SPN, the think tanks’ “umbrella,” visit www.spn.org to find out more. You can be sure the big-government, anti-free market, “progressive” groups are paying attention. They’re doing all they can to demonize SPN and its member think tanks. They admitted as much when leftist activists descended on Detroit to hold their annual Netroots conference for online activism in July, devoting an entire session to SPN and – their puerile term – the “stink tanks.”

Their goal: “Shining light on these Stink Tanks and sort of connecting them to their real agenda, because they function by trying to be as benign as possible,” one speaker told the attendees. “That’s how they get Democrats to pass their bills; that’s how they convince Republicans to stall big government stuff. … So the next step for us is to take down, dismantle this sort of series, this network of institutions that are state-based in each and every one of our states.”

“But you know, but for those [liberal] leaders standing up in those states, those guys would continue to operate with impunity, without people really being aware of what they’re up to, what their extreme agenda is and how they really are undermining the state.”

Happily for Americans, SPN’s public policy research and education groups are hardly “benign.” In fact, the theme for SPN’s 2014 conference was, “Dare to Disrupt!” The poet said, “No snowflake in an avalanche ever feels responsible;” Ronald Reagan said, “There is no limit to the amount of good you can do if you don’t care who gets the credit.” 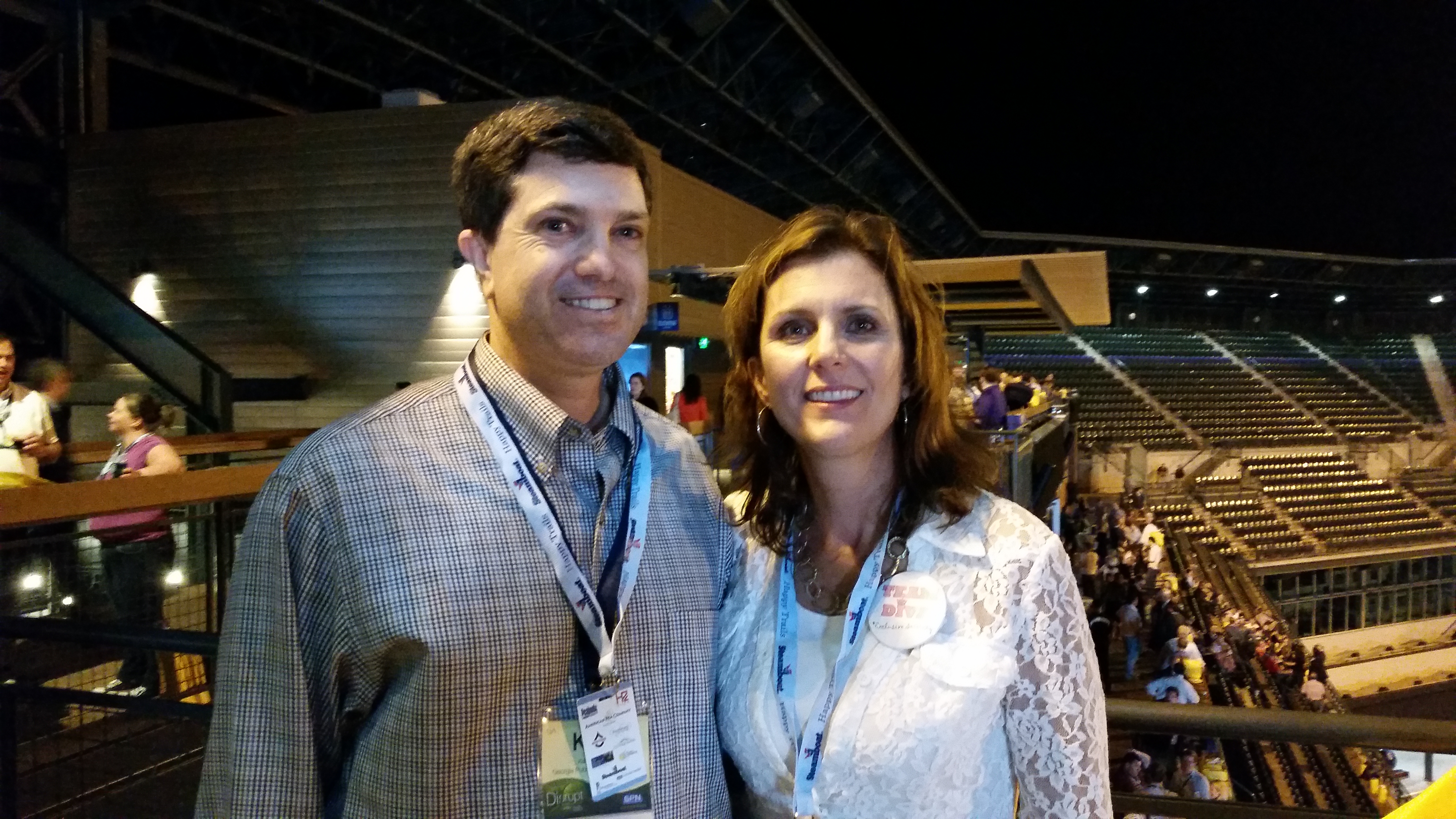 Last year’s honoree was Jennifer Parrish, a Minnesotan who led a fight against forced unionization of home child care providers. This year, interior designer Patti Morrow of Greer, S.C., was honored for fighting since 2004 against onerous licensing requirements promoted by the protectionist American Society of Interior Designers (ASID). Occupational licenses often come with “public safety” justification but, in reality, are frequently more anti-competitive, anti-entrepreneurial and job-stifling.

Accepting the award, Morrow shared how, as one person challenging a powerful group, she was initially intimidated by ASID’s heft. But she drew strength from the reminder that, when taking aim at a Goliath opponent, “How could I miss?!”

Challenging the Goliath of Big Government and statism – government’s growing control over our business and businesses – is what the “stink tanks” do. If that is an “extreme agenda” and “undermining the state,” you should thank your state think tank for raising a “stink.” Because, like the frog in the pot who just sits there still while the water temperature slowly rises to boiling point, many Americans don’t realize that government is increasingly insinuating itself into their decisions, their choices and their wallets. And if you’ve heard of the “sue-and-settle racket,” you know that progressives and liberal activist groups frequently collude with government bureaucrats to take your money and liberties without your permission.

The Georgia Public Policy Foundation and its sister think tanks around the nation accept only private funds voluntarily contributed by individuals, businesses and private foundations from people inspired by their commitment to our core beliefs. None of us accept “public” funds – Americans’ hard-earned taxpayer dollars – because we believe you should be able to choose whether and whom to fund. With your voluntary support, we dare to disrupt the growing ascendancy of government. Join us. As SPN’s Unsung Hero Patti Morrow reminded us, “Every voice counts.”