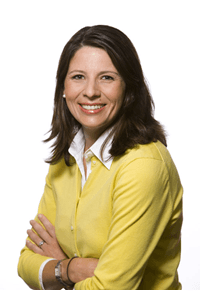 This week, the U.S. Supreme Court ruled in favor of the administration to allow ObamaCare subsidies to flow through HealthCare.gov. This is a disappointment for the rule of law and for the states that have fought to keep some of ObamaCare’s flawed policies out of their states.

While the administration and ObamaCare supporters attempt to convince the American people that it is now smooth sailing for ObamaCare, nothing could be further from the truth.

Despite the decision, the problems with ObamaCare are real and not getting better. The law’s flawed foundation continues to make ObamaCare unworkable, unaffordable and unpopular.

As my colleague Ed Haislmaier skillfully points out, “The complexity and cascade of adverse effects are the inescapable byproducts of major flaws in the legislation’s basic design.” For instance, the complexity of the tax credits has resulted in two-thirds of those receiving subsidies having to repay some portion of the subsidies they received, according to H&R Block.

Nothing in the court’s ruling will change this moving forward. Each year individuals wishing to claim a subsidy will have to estimate their income for the year in advance. Any miscalculation, specifically underestimating their income, necessitates a repayment to the IRS.

Today, a majority of the Supreme Court chose to overlook the clear language of the statute. As Justice Antonin Scalia noted in his dissent, it is “quite absurd” that Congress meant to allow subsidies in the exchange established by the federal government when it expressly limited those subsides to state-run exchanges. This flawed ruling allows the administration to continue making the law, rather than enforcing it.

The law continues to be unaffordable for everyday Americans. ObamaCare’s costly insurance regulations have made coverage more expensive. The Supreme Court’s decision to allow the subsidies to flow through HealthCare.gov only helps a few million people pay for coverage, leaving millions more facing higher, not lower, health care costs.

Even now, double digit rate increases are being submitted for 2016. These trends fuel the mounting budgetary pressures facing the law, as my colleagues Robert Moffit and Pat Knudsen have well documented.

With millions of Americans facing higher costs and personally affected by the law’s flawed design, it isn’t a surprise that ObamaCare remains unpopular. According to the Real Clear Politics average from April 30 to May 31, 53 percent oppose the law while only 42.8 percent favor it – a 10.2 point difference. Moreover, an American Perceptions survey by The Heritage Foundation, found that 54 percent of those surveyed thought that the problems with ObamaCare rollout were just the beginning.

The Supreme Court ruling does not fix ObamaCare. The only fix to ObamaCare is its repeal.

Nina Owcharenko is director of the Heritage Foundation’s Center for Health Policy Studies and a Senior Fellow at the Georgia Public Policy Foundation.