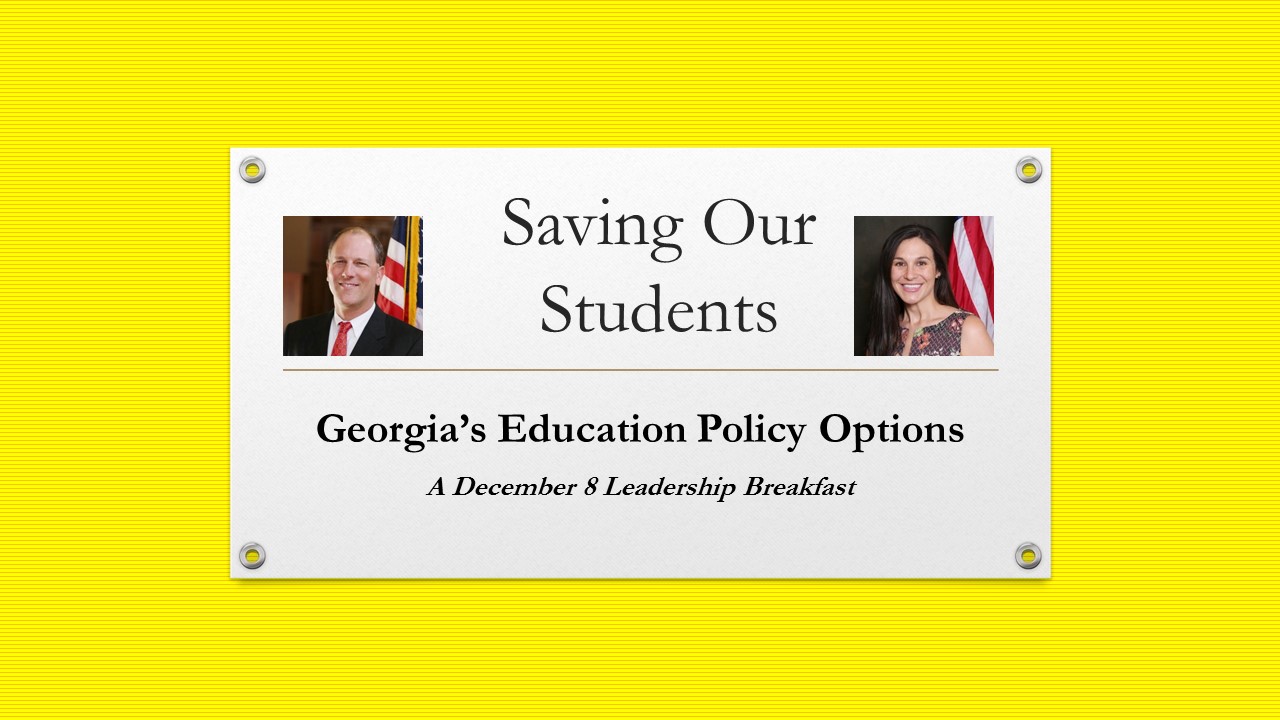 Still, this state can’t afford to leave 68,000 children out to dry in “chronically failing schools.”

What next? Find out at, “Saving Our Students: Georgia’s Education Policy Options,” the final Leadership Breakfast of 2016 hosted by the Georgia Public Policy Foundation, at 8 a.m. on Thursday, December 8 at Cobb County’s Georgian Club.

The speakers are (outgoing) Rep. Mike Dudgeon, a member of the Education Reform Commission, which released its recommendations in December 2015, and Erin Hames, a former teacher, former Chief of Staff at the Georgia Department of Education, and Governor Deal’s chief policy advisor until leaving to become President of ReformEd in September 2015.

This Leadership Breakfast, which is open to the public, is $30 to attend. Register online here by Tuesday, December 6, 2016, or make your check out to Georgia Public Policy Foundation and mail to 3200 Cobb Galleria Parkway, Suite 214, Atlanta GA 30339.

About the Georgia Public Policy Foundation: The Foundation, which celebrates 25 years in Georgia in 2016, is an independent, state-focused think tank that proposes market-oriented approaches to public policy to improve the lives of Georgians. Visit our Web site at georgiapolicy.org.