MACON – Hundreds of charter public school advocates who traveled here last week heard Apple founder Steve Jobs remembered, discussion about a proposed national legal defense fund to help protect charter schools that are under legal assault and they heard a glimpse about what might come after No Child Left Behind.

But if they were hoping to hear about a resolution to who can authorize charter schools in Georgia, that wasn’t happening.

Georgia – once considered a national leader in alternative authorization for charter schools – took a significant step in another direction — some say backward — in May when the state Supreme Court ruled that the Georgia Charter Schools Commission was unconstitutional.

The decision returned authorization solely to local public school district boards of education.  Fifteen schools and nearly 15,000 students affected by the ruling were given a reprieve within three months when the state board of education re-authorized them as state special schools and Governor Nathan Deal found some $10 million to reopen the doors.

But their long-term viability remains in question.  Emergency funding is good only this year.  A legal framework that would enable the state to help new charter schools open without local school district approval remains in limbo until at least the General Assembly next year.

Appearing on video Governor Deal told some 300 conference attendees, “Charters have proven to be a valuable tool in Georgia’s education portfolio and we will take the necessary steps to protect your mission.”  State schools superintendent John Barge said, “There’s probably going to be a push for a constitutional amendment.”

What that amendment might say will remain undecided for months.  It could appear on the November 2012 ballot.  First it would need two-thirds approval by the state Senate and House. Achieving that level of General Assembly support might prove harder than convincing voters.

“We shall overcome the decision of the Supreme Court!  We shall!” Tony Roberts, CEO and president of the Georgia Charter Schools Association said to robust applause.  Roberts also pledged to double the number of charter schools in Georgia – currently 226 – within ten years.

Peter Groff, senior adviser at the Black Alliance for Educational Options and former president of the National Alliance for Public Charter Schools, proposed creation of a national legal defense fund “that pools the greatest minds in the country together to talk about how we can figure out where legal assistance is needed, where we need to go in and fight.  Imagine what would have happened if we had a legal defense fund in place when this suit in Georgia came up.”

Groff said, “If you believe as many do that education is the civil rights issue our time then you know it is at this time in a civil rights movement when the courts come into play.  You all know that better than anyone.  I have encouraged very loudly the sector to explore every legal avenue available not only to solidify and protect but to be progressive and strategic to ensure equity across the public education spectrum.”

Barge delivered the lunchtime keynote address two days after undergoing major knee surgery.  He made his way onto the podium with crutches and an aide close at hand.  His thoughtful, well-crafted discussion of education policy began with “You guys; I appreciate what you are doing.”  Barge – then just four months on the job – played a pivotal role in helping to keep open the state’s 15 former charter commission schools after the Supreme Court decision. 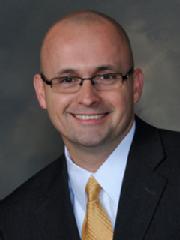 Barge said he is “very confident” the U.S. Department of Education will grant Georgia’s request for a waiver from No Child Left Behind graduation mandates.  Federal officials, acting on behalf of the White House, invited all 50 states to apply for waivers.  Georgia did, and Barge traveled to Washington to submit the waiver request and discuss changes to statewide public education accountability.

Barge tried to provide a soft landing for the next graduation rate report that will be released this fall.  “Statewide we’re looking at a little over 10 percent reduction in the graduation rate.”  One year ago the state said 80 percent of high school students graduated on time.  The next report is likely to be less than 70 percent because the national formula for how states count graduation rates has changed.  Five-year graduates are no longer considered “on time.”

The superintendent also said a new career pathways emphasis will begin next fall for all high school incoming freshmen.  “College is the most expense career development program there is,” Barge said.  “Guys, in K-12 education we can do a much better job helping children find out what it is they are interested in and pursuing that.”

“I say this sincerely, we all share sadness at the passing away of Steve Jobs, a man who started the business that brought us this (Roberts held up an IPad) in his garage.  He would have made a good charter school student or a good charter school leader.  This man Steve Jobs because of the technology that we have now is probably going to be one of the most influential people in the advance of education that we have ever known.”