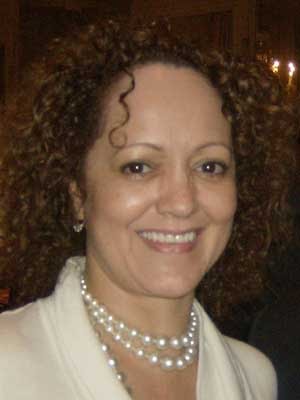 And then what? The American Medical Association reports that the Centers for Medicare and Medicaid will raise Medicaid payments to primary care physicians to 100 percent of Medicare rates for the calendar years 2013 and 2014. Nationally, Medicaid’s average payment rate for physician services is just two-thirds of what Medicare pays. States will receive an additional $11 billion to cover the additional payments. OB/GYNs and emergency room doctors will not receive a pay increase. (In Georgia, 52 percent of births were covered by Medicaid in 2010.)

You WILL be well: With wellness programs becoming such an important tool in managing long-term health benefit costs, employers are investing more heavily in wellness-related incentives,  according to Business Finance Magazine. The 2012 Mercer health benefits survey found a significant uptick for the third year in a row in the use of incentives or penalties to encourage higher participation in wellness programs and to reward results. Nearly half of large employers now use these incentives or penalties, up from one-third in 2011. The most common incentive is a reduction in health insurance premiums for participating in these programs. The median reduction is $260 per year for employee-only coverage. Under ObamaCare, allowable health-based incentives have been increased from 20 percent of the cost of health coverage to 30 percent. Programs designed to prevent and reduce the use of tobacco can offer rewards worth as much as 50 percent of the health coverage costs. How employers can structure these wellness programs is the subject of proposed regulations currently up for public comment.

New Rx slow on ROI: Drugmakers are taking a targeted, smarter approach to research and development, getting more compounds through the approval process, but nagging commercialization issues remain, according to the latest annual study of R&D productivity by Deloitte and Thomson Reuters. The number of new drug approvals was up by about 30 percent but expected revenue from new drugs was lower. The average cost of developing a new drug hovered around $1.1 billion. Reuters said the slow return on R&D investment reflects growing caution among governments about buying costly new drugs, as well as more new products addressing relatively small patient populations. “In effect, the industry is treading water in the fight to deliver better returns on the billions of dollars ploughed into the hunt for new drugs each year,” according to the report.

Voters like choice: Voters tend to agree with the federal government setting standards for health insurance coverage but think individuals should have the right to choose reduced coverage if it saves them money, according to the latest Rasmussen Reports national telephone survey. The survey found that 39 percent of likely U.S. voters think the government should require every health insurance company and health insurance plan to cover the exact same set of medical procedures. Thirty-two percent oppose such a mandate; 29 percent are not sure. (To see survey question wording, click here.)

From death sentence to manageable: Drugmakers are developing at least 73 drugs or vaccines for patients with AIDS and HIV, according to a PhRMA report, and pharma innovation is changing the disease from a death sentence to a manageable condition, another report found. “Incredible strides have been made in the battle against HIV/AIDS, but the disease still poses a global threat, and the collaborative path to further solutions for patients will be complex,” PhRMA CEO John J. Castellani said. “The nearly 75 medicines in development offer great hope for better treatment and prevention of HIV/AIDS in the years ahead.”  A second report, a white paper sponsored by PhRMA and published by Boston Healthcare Associates, tracks advancements in treatment that have made HIV a manageable, chronic condition. The report shows that while the number of people living with HIV increased by 28 percent between 1996 and 2000, due primarily to rising survival rates, hospitalization rates fell by 32 percent during the same period. Source: Drug Store News

Better the devil you know: More than 1.1 million people in the United States are living with HIV infection, according to the Atlanta-based Centers for Disease Control and Prevention. Nearly one in five (18.1 percent) of those people are unaware of their infection. Despite increases in the total number of people living with HIV infection in recent years (due to better testing and treatment options), the annual number of new HIV infections has remained relatively stable: approximately 50,000 Americans.

Stem cell breakthroughs: A patient’s own blood has been used to make personalized stem cells, which doctors hope will eventually be used to treat a range of diseases. This could be one of the easiest and safest sources of stem cells, according to the findings of a study by a team at the University of Cambridge, published in the journal Stem Cells: Translational Medicine. The cells were used to build blood vessels. Prof Chris Mason, an expert on regenerative medicine at University College London, said there was some “beautiful work” coming out of the lab in Cambridge. “It’s a hell of a lot easier to get a blood sample than a high quality skin sample, so that’s a big benefit,” he said. But experts caution that the safety of using such stem cells is still unclear.

Fighting drug-resistant bacteria: Remember Aimee Copeland, the Snellville, Ga., student who lost her limbs after she was infected by drug-resistant bacteria when she fell and injured herself while zip-lining? Now, the Examiner reports, Belgian biotech firm Galapagos reports has identified a new class of antibiotics that demonstrate strong activity against drug-resistant strains of Staphylococcus aureus, including methicillin-resistant Staphylococcus aureus (MRSA), the flesh-eating bacteria that nearly killed Copeland. The new antibiotic acts against an enzyme that is key to the growth of all bacteria, the company said. Clinical studies could begin in early 2014. In the community, most MRSA infections are skin infections. More severe or potentially life-threatening MRSA infections occur most frequently among patients in healthcare settings.

“I’m not saying thyroid cancer, melanoma, breast cancer and lung cancer can’t be horrible diseases. Each one of those can quickly spread throughout the body – that is, metastasize – and lead to death. I’m not saying if you have early signs or symptoms of these cancers that you shouldn’t go to your doctor. Quite the contrary: if you have an enlarging lump in your neck or breast, a mole that’s getting bigger, or a new cough and some blood in your phlegm, you should see your doctor. The question is whether your doctor should be looking for these cancers when you are well. While it may seem that screening can only help you, it can also hurt you: it can lead you to be overdiagnosed and treated needlessly.” – Dr. H. Gilbert Welch, “Overdiagnosed: Making People Sick in the Pursuit of Health”.