Truthfully, the public charter schools constitutional amendment that Georgia voters approved Tuesday was a modest proposal that sends a message voters in the state will insist on public schools innovation, even small innovation which is where the state is with charter schools. 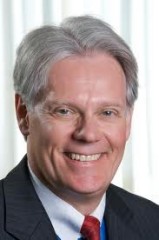 The big stuff like linking teacher salaries to student academic performance and eliminating teacher tenure was voted on in other states.  We are not ready for those votes in Georgia.

Perception is a significant percentage of reality.  Imagine the national perception that would have been created if Georgia became the first state to vote against a constitutional amendment that sought to expand public charter school options for parents.

The amendment prevailed with 58 percent and a margin of some 625,000 votes.  It handily won all the major population counties surrounding Atlanta and it carried Gwinnett County by 75,000 votes.  The Gwinnett school board was the leading opponent and significantly financed a costly lawsuit that overturned the previous state charter school commission.

How did this victory happen?  There is no single answer; there are many.  Proponents made their argument that parental choice for children should be paramount.  Opponents also built a case around children but in their scenario children left behind in traditional schools would see their futures compromised by for-profit education companies that were taking the money.

Both sides emphasized local control.  Proponents contended parental choice was the ultimate local control.  Opponents counter-punched that the state Supreme Court granted exclusive control to local school boards, even though that language is nowhere in the state constitution.

Legislation that created the public charters schools constitutional amendment had no chance to pass without that compromise, so it happened.  Proponents then worked out a formula in which new state-approved charters would receive slightly more per pupil state support than traditional public schools.  Slightly was the key word; it was a bit more, not a lot, just a bit and if those new charter schools were a district, they would be the third lowest funded school district in Georgia.

Opponents thought they saw the opening for a new strategy.  Now they argued it was unfair that state-approved public charter schools would receive more per pupil funding than traditional public schools.  Proponents built their position around an explanation about the relationship between local property tax dollars and per pupil state funding.  Apparently that worked.

Opponents introduced so many numbers into the conversation that it became nearly impossible for any regular person to sort them out.  They argued that new state-approved public charter schools were a threat that could cost tens or hundreds of millions of dollars, take your pick.  That argument also did not stick with voters.

Opponents continuously argued state budget cuts over several years forced local districts to furlough teachers and trim school days from the calendar.  State budget cuts at any dollar level do not automatically require schools to adjust their calendars.  There are some formulas in play – too complex to describe here – but suffice it to say, local boards control school calendars.

Opponents pointed to the number of school systems that converted to charter status as proof that local boards will create charters.  But they stopped short of explaining that when public school systems convert to charter status they immediately become eligible for additional state financial aid that can be millions of dollars per district.  This argument also fell short.

Opponents won the media war.  Most media bought the opposition argument that the charter schools amendment would expand state government, create a dual or second state school system and cause a very costly duplication of state services at a time when schools were being asked to suffer from reduced funding.  Most voters did not agree with most media.

Ultimately, opponents decided their best path was to portray themselves as victims.  They pushed a strategy that local public schools were being compromised but proponents prevailed with a strategy that parental choice was the ultimate local control.  At the end opponents said state-approved charters would re-segregate Georgia schools.  That was a low point in the dialogue.  Minority families have clearly benefited from charter schools.

Truthfully, there is no national debate about the future of public charter schools.  Twenty years ago there was not even one anywhere in the United States.  Today there are more than 5,600.  That conversation is over.  The President of the United States, both major political parties and many education innovators are firmly in the corner of expanded public charter school options.

Truthfully, Georgia is still in the early days of fashioning its public charter schools strategy.  Incidentally, while you are reading this another 52 students will decide to drop out of Georgia public schools, as 19,250 do each year.  There is no intent here to suggest charters could save them all, but something needs to save them and time has been running out for a very long time.