The Atlanta Journal-Constitution published an op-ed on May 19, 2015, about the Atlanta Streetcar by Foundation Vice President Benita Dodd, “A streetcar named denial.” Read it on the newspaper’s Web site here (subscription required); the full text is below. 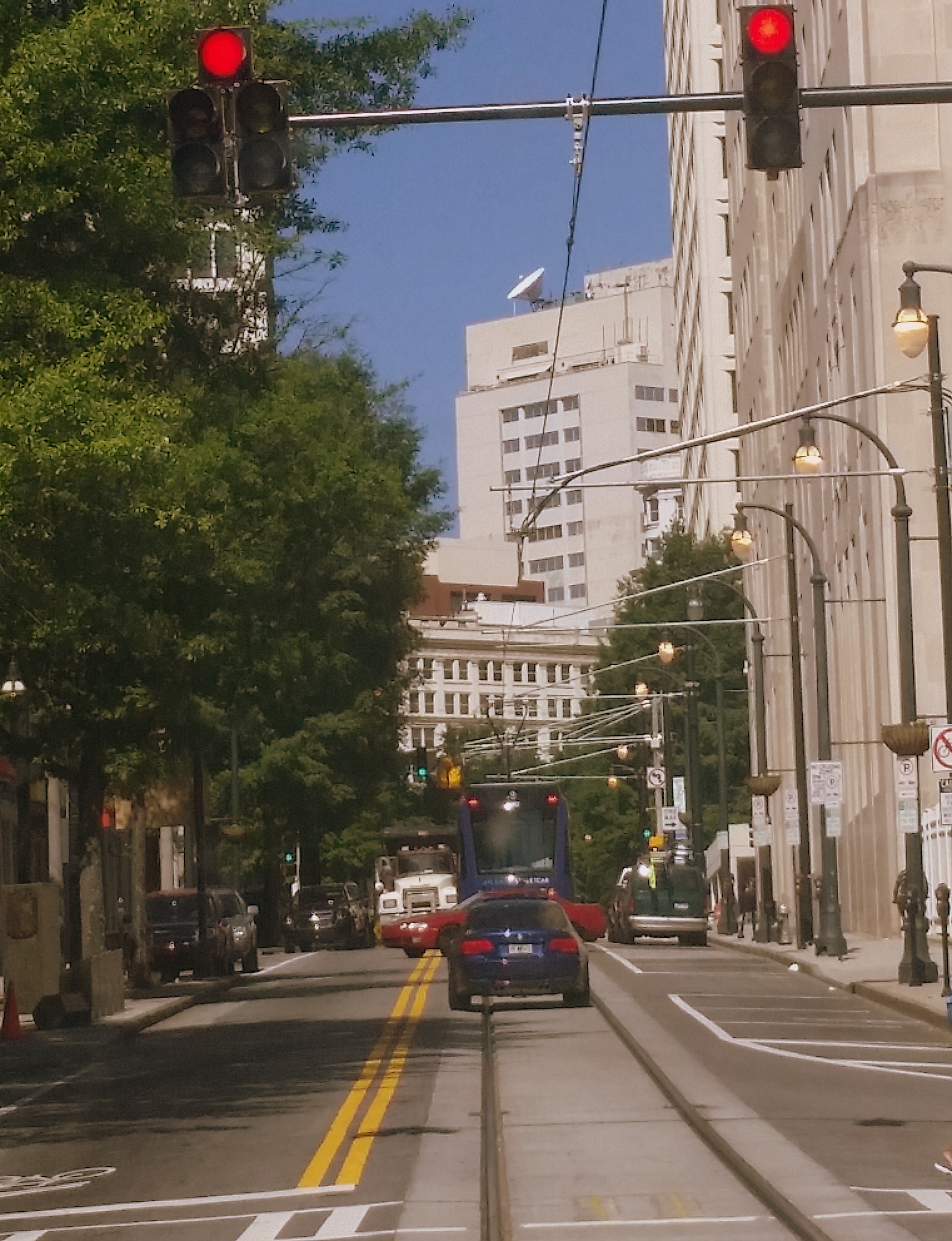 After almost five months of official Atlanta Streetcar operation, city officials are exploring route expansion to the Beltline. But storefronts boarded up and covered by newsprint along the route are their own news story on the economic-development promise.

It may be that the promises are simply slow to be fulfilled. Nevertheless, looking ahead to Streetcar promises should require looking back on past promises.

Deadlines: The streetcar was originally scheduled to begin operating in May 2013. Service began on December 30, 2014, inconveniencing commuters and businesses along the route far longer than expected.

Construction: The 2.7-mile project was at least $28 million over its initial capital budget of $72 million, of which $47 million was a federal grant. The last official cost estimate, back in 2013, was $98 million. Expect that to go up: AT&T recently became the first utility of 15 affected by construction to sue the city, seeking reimbursement of $5.7 million for equipment relocation costs.

Operations: Annual operating cost estimates started out in 2010 at $1.7 million. In 2014, the estimate was $3.2 million; at last count in February 2015, it was $4.8 million. The city also expects to spend more than $1 million on a new office, “dedicated to amassing federal transit funding.”

Hours: The city initially proposed running the streetcar no later than 11 p.m. any night. Now, the service runs to 1 a.m. Fridays and Saturdays. As the song goes, “Nothing good happens after midnight,” and empty beer bottles strewn along the route may be testament to that.

Ridership: In the federal grant request, estimated weekday ridership was 2,600. In its first six weeks of operation, the city reported ridership of 102,000, or 18 percent lower than projections. After Mayor Kasim Reed announced the ride will be free the entire first year, officials say ridership is 20 percent higher than expected.

Traffic: The plan was to, “prioritize the corridor’s use away from automobile traffic,” the city said. Fifty-seven percent of the households in proximity of the streetcar don’t even own an automobile. But it appears the city is indeed prioritizing auto traffic “away:” The slow-moving vehicle traps cars that share the route; unfamiliar street markings force vehicles to back up for streetcar turns, no easy task anytime, let alone in rush-hour traffic; and traffic lights in the corridor are painfully unsynchronized.

As one who took the time to drive (28 minutes), ride (35 minutes ) and walk (43 minutes) the entire 2.7-mile route Wednesday last week — around mid-morning to give it a fighting chance — the verdict: uninspiring, uncomfortable and unlikely to succeed.

Why? The 35-minute ride is not only uninspiring but scary in some stretches. There was no visible police presence along Auburn Avenue, where pedestrians and tourists encounter stretches of buildings boarded up, graffiti, empty beer bottles and the occasional catcall. A friend reported witnessing a mugging in broad daylight at one stop; derelicts already are sleeping at some stops – in broad daylight.

One rider, a seasoned military veteran who took his wife on the streetcar out of curiosity over the weekend, said he will never do it again.

“It was a 20-minute wait. Then the driver couldn’t make the turn at the end to go back because of cars in the way. It crept forward because of the cars in front.”

He said nervous tourists watched rowdy passengers misbehave as the crowded streetcar made its way along “dilapidated” Auburn Avenue. “Even though there was an [Downtown] Ambassador on board, he did nothing to stop bad behavior and expletives on the crowded car.”

The streetcar will always be taxpayers’ albatross. It’s a ride you take once because you’re curious, many times because it’s free. As humorist Will Rogers said, “If you find yourself in a hole, stop digging.”

As the military veteran tourist said, more recently, “I don’t see how this is going to last. It’s free now; no one is going to pay to be this uncomfortable.”