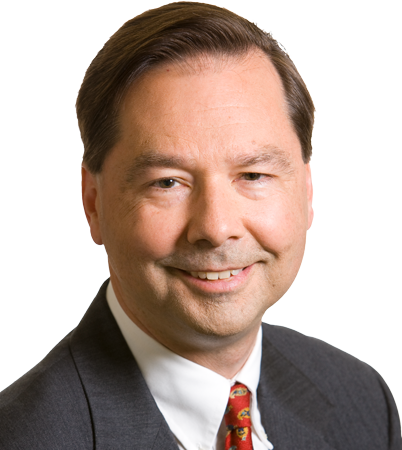 The topic is especially relevant in Georgia, as allegations of impropriety linger over Georgia’s November 2018 elections, and it’s one von Spakovsky is uniquely qualified to tackle.

A senior legal fellow in The Heritage Foundation’s Edwin Meese III Center for Legal and Judicial Studies, von Spakovsky is manager of the think tank’s Election Law Reform Initiative, where he studies and writes about campaign finance restrictions, voter fraud and voter ID, enforcement of federal voting rights laws, administration of elections and voting equipment standards. President Donald Trump appointed him to the Presidential Advisory Commission on Election Integrity in 2017.

Before joining Heritage in 2008, von Spakovsky served two years as a member of the Federal Election Commission, the authority charged with enforcing campaign finance laws for congressional and presidential elections, including public funding. Previously, von Spakovsky worked at the Justice Department as counsel to the assistant attorney general for civil rights, providing expertise in enforcing the Voting Rights Act and the Help America Vote Act of 2002.

He has served on the Board of Advisors of the U.S. Election Assistance Commission and on the Fulton County Board of Registrations and Elections. He is a former vice chairman of the Fairfax County (Va.) Electoral Board and a former member of the Virginia Advisory Board to the U.S. Commission on Civil Rights. He currently serves on the Policy Board of the American Civil Rights Union.

Von Spakovsky is a former litigator, in-house counsel and senior corporate officer in the insurance industry, where he worked on tort reform and civil justice issues for more than a decade. The resident of Vienna, Va., is a graduate of Vanderbilt University School of Law and earned his bachelor’s degree from the Massachusetts Institute of Technology.

This event, which is open to the public, is $35 to attend and includes lunch. Registration is required; the deadline to register is Friday, August 23. Register here at Eventbrite or send your check for $35 per attendee (memo: “Elections Event”) to Georgia Public Policy Foundation, 3200 Cobb Galleria Parkway, Suite 214, Atlanta, GA 30339.

Media who wish to attend must contact Benita Dodd.

About the Georgia Public Policy Foundation: Established in 1991, the Foundation is an independent, state-focused think tank that proposes market-oriented approaches to public policy to improve the lives of Georgians. Regular events include Leadership Breakfasts and Policy Briefing Luncheons. Like the Foundation’s Facebook page at facebook.com/GeorgiaPolicy and follow us on Twitter at twitter.com/gppf. The Foundation is ranked in the Global Go-To Think Tank Index as one of the “Best Independent Think Tanks.