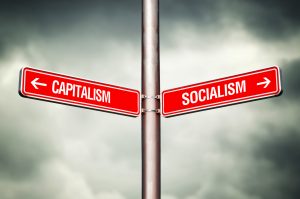 Because of the COVID-19 pandemic, this event has been converted to a livestreamed online event via Zoom. Register here.

U.S. Sen. Bernie Sanders of Vermont, a self-described “democratic socialist,” found a great deal of support for his platform as a Democratic presidential candidate, (starting out as the Democrats’ frontrunner) before he dropped out on April 8. As he ended his candidacy, he noted, “While this campaign is coming to an end, our movement is not.”

Support for socialism was on the rise in the U.S. prior to the outbreak of COVID-19. What is its future in these uncertain times?

Registration is free but a reservation is required. Register here. 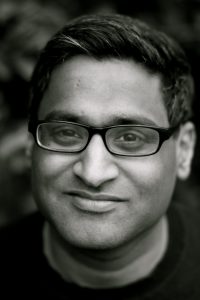 Ramesh Ponnuru is a Senior Fellow at National Review Institute and a senior editor at National Review, where he has covered national politics and policy for 20 years. He is also a columnist for Bloomberg Opinion, which syndicates his articles in newspapers across the nation. He is a visiting fellow at the American Enterprise Institute and he serves as a contributing editor to National Affairs, the quarterly journal of conservative ideas. His articles are frequently published in The Wall Street Journal, The New York Times and The Washington Post. In 2015, he was included in the “Politico 50,” Politico’s list of “the thinkers, doers, and dreamers who really matter” in American politics.

In 2014, Ponnuru contributed to and (with Yuval Levin) edited the book, “Room to Grow: Conservative Reforms for a Limited Government and A Thriving Middle Class.” New York Times columnist David Brooks called the book “the most coherent and compelling policy agenda the American right has produced this century.” Ponnuru was subsequently featured in a New York Times magazine cover story about reform-minded conservatives. In 2013 he was a resident fellow at the University of Chicago’s Institute of Politics.

Ponnuru is a regular speaker on policy, politics, and constitutionalism at the nation’s leading college campuses and law schools. He also appears regularly on television programs about public affairs. He is the author of a book on the sanctity of human life and American politics and of a monograph on Japanese industrial policy. Previously he has been a columnist for Time magazine and WashingtonPost.com. A graduate of Princeton University, he lives in the Washington, D.C., area with his wife and three children.