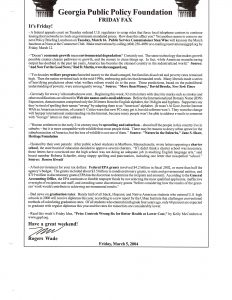 “Note, besides, that it is no more immoral to directly rob citizens than to slip indirect taxes into the price of goods that they cannot do without.” – Albert Camus

“If the freedom of speech is taken away then dumb and silent we may be led, like sheep to the slaughter.” –  George Washington

Jobless: The number of Americans seeking unemployment benefits dropped last week to 498,000, its lowest level since the start of the pandemic, according to data released Thursday by the U.S. Labor Department. That was down from a revised total of 590,000 the previous week;  economists had predicted 527,000 new claims. The number of Americans on government assistance remains high, however, with more than 16.1 million claiming continuing assistance.

Prices: Chicken prices are climbing as demand increases, The Wall Street Journal reports. Chicken suppliers are struggling to raise production because they are having trouble getting enough workers. Wingstop restaurant said it is paying 26% more for bone-in chicken wings this year. Chicken is Georgia’s No. 1 agriculture product and the state is the nation’s top chicken producer.

Carrot and stick: Montana will become the first state to opt out of several federal programs that helped boost unemployment payments. Instead, it will offer $1,200 one-time payments to those starting new jobs. It’s an attempt to both incentivize and push the roughly 10,000 people still out of work because of the pandemic and help employers desperate to find employees. Source: Independent Record

Jobs: More than 241,000 job openings are listed on the Georgia Department of Labor’s EmployGeorgia page. “In many cases, employers are willing to train quality candidates and assist with attainment of additional credentials,” the department states.

Funding the IRS: Tax experts are skeptical of President Biden’s plan to raise $700 billion over a decade from increased tax audits of the wealthy and corporations as a major funding source for his spending proposals. One noted the IRS offshore amnesty program (2009 to 2018) raised $11.1 billion, averaging just over $1 billion a year. Source: Accounting Today

Miscalculation: The president’s American Families Plan could cost about $700 billion more than advertised because the White House underestimated the cost of its child-care and education policies, according to a new analysis by the University of Pennsylvania. Its widely used Penn Wharton Budget Model finds the plan would boost government spending by $2.5 trillion over a decade, not the $1.8 trillion estimated.

Hearing: The Georgia Advisory Committee to the U.S. Commission on Civil Rights hosts a panel discussion on civil asset forfeiture and its impact on communities of color on May 10 (Monday) at noon. Register to view or comment at https://bit.ly/3mvDOh2. This is the committee’s second hearing on the issue; recordings and transcripts from the first are available at https://bit.ly/3xxVJsF.

Collaborating: The police department in LaGrange and the state Pardons and Paroles Board will implement a pilot project that provides input to the board on parole candidates. Police are concerned about an increase in repeat offenses: According to a city council resolution, 57% of suspects in violent crimes and 59% in property crimes were on probation, parole or out on bail pending felony charges. Source: LaGrange News

Easing: About 191,000 offenders are serving felony probation sentences in Georgia, more than in any other state. Gov. Brian Kemp has signed legislation that would reform lengthy probation. The law, which takes effect in July, allows a judge to terminate felony probation after three years if offenders have paid restitution, committed no new offenses and had no revocation in the previous 24 months. Source: Atlanta Daily World

Emerging markets: The nation’s most urban counties lost population for the year ending July 1, 2020, for the second year in a row, according to new census population estimates. While departures accelerated, slowing international migration contributed more to the 0.3% loss in urban counties. Lower-density suburbs saw the greatest population gains. Among those that lost population: the San Francisco Bay Area, New York, Los Angeles and Chicago. Austin grew the most. Source: New York Times

COVID-19 update: The Georgia Department of Public Health reports COVID-19 cases, deaths and vaccination rates on its website here. Anyone over age 16 may be vaccinated. Georgia’s mass vaccination sites close May 21.

This month in the archives: In April 25 years ago, the Foundation published, “A Free-Market Solution to Groundwater Allocation in Georgia.” It noted, “By using time- and place-specific information to establish groundwater rights, and allowing their transfer, efficient use of the aquifer becomes feasible.”

Foundation President Kyle Wingfield attended a farewell celebration in Atlanta for departing South Korean Consul General Kim Young-Jun, who is returning home after three years of covering the six-state jurisdiction that is home to about 250,000 natives of South Korea. Eighty-seven South Korean companies have a Georgia presence. Wingfield also chatted with fellow guest Robert Hall, who turned out to be a longtime Friday Facts fan and gave the Foundation a thumbs up!

Have a great Mother’s Day weekend!