How the state budget process works

Unlike the federal government, Georgia’s Constitution mandates a balanced budget. The state also has a constitutional debt service limit of 10% of prior-year revenues.

Traditionally, Georgia’s governors are conservative in setting the revenue estimate. If the economy experiences an unexpected recession, a lower initial revenue estimate makes it less difficult to curtail spending. This also means actual revenues will exceed the revenue estimate in most years. The “amended” budget decides where to reduce appropriations in a recession or how to spend excess funds during a growing economy.

The state has two primary reserve funds. The Midyear Adjustment Reserve allocates funds to be appropriated in an amended budget during the next legislative session to fund the increased cost of new students enrolled in the fall.

If the economy experiences an unexpected recession, a lower initial revenue estimate makes it less difficult to curtail spending.

The Revenue Shortfall Reserve, often referred to the state’s “rainy day” fund, allocates funds to offset an unexpected shortage in revenues during the upcoming fiscal year.
At the beginning of 2020, the revenue shortfall reserve, also known as the “rainy day fund” balance, was estimated at $2.8 billion.

Where does the money go?

Chart 1.1 shows how state dollars were allocated by policy area in the Governor’s FY 2021
budget, which anticipates spending $28.1 billion in state dollars. That amount increases to $54.2 billion when it is combined with federal dollars and other revenues such as higher education tuition payments and state employee health insurance premium payments. 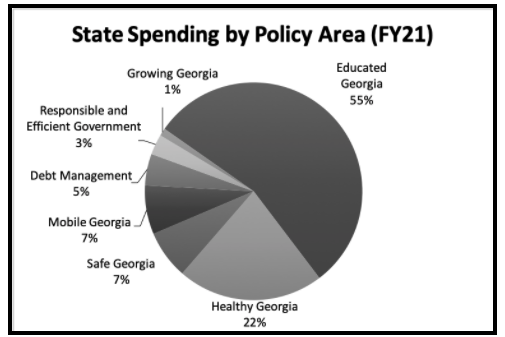 The U.S. Census Bureau data for FY 2017 (latest data) provide the most accurate overview of state spending because it includes all sources of revenue – federal, state and local – for all states.

Some states are more decentralized, with local governments accounting for a large portion of all government spending; in others, state government plays a larger role. State spending as a percentage of total K-12 education spending, for example, ranges from 32% in New Hampshire to 90% in Vermont. For this reason, it is important to examine state spending plus local spending when comparing states. 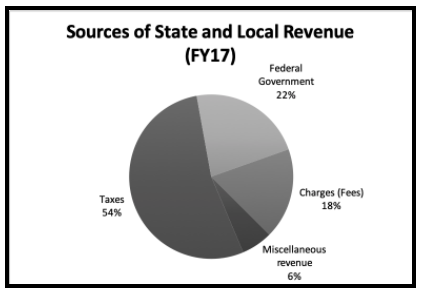 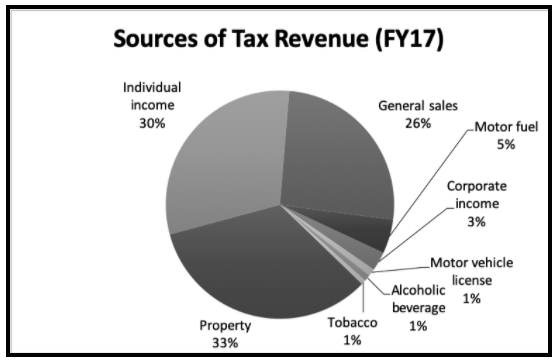 Of the $71.5 billion in total general expenditures, $63 billion goes toward annual operating expenses and $8 billion toward capital projects.

The 10 categories in Table 1.4 account for 92% of all expenditures. 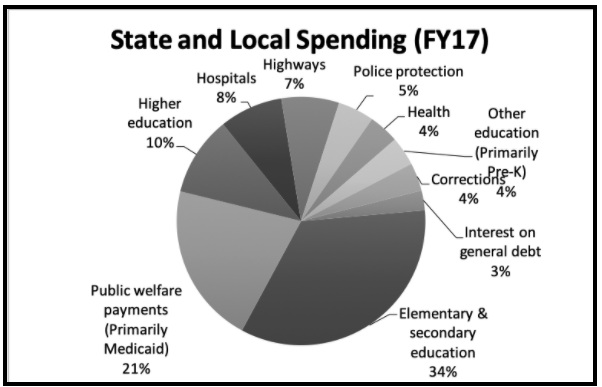 The best way to evaluate spending is to look at individual policy areas. Here is a summary.

One factor to keep in mind is that in Georgia, as in most states, spending rises during good economic times and must be ratcheted back during recessions due to balanced budget requirements. (Chart 1.6 shows dips starting in 2002 and in 2008, with increases in between.) It’s easy, but misleading, to make the case that spending is growing either too fast or too slowly by cherry-picking the right starting and ending points in the economic cycle.

A more accurate picture is achieved by looking at spending over an entire economic cycle. Finally, budget predictions can often be inaccurate because no one can perfectly predict the future. Where possible, audited, actual spending figures should be used.

It's easy, but misleading, to make the case that spending is growing either too fast or too slowly by cherry-picking the right starting and ending points in the economic cycle.

A reasonable benchmark for government growth is population and inflation. On an inflation-adjusted, per capita basis, the size of Georgia’s state government (as measured by spending) in 2016 was the same as it was in 1996. 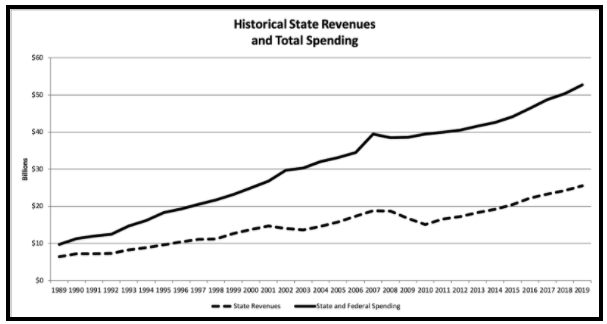 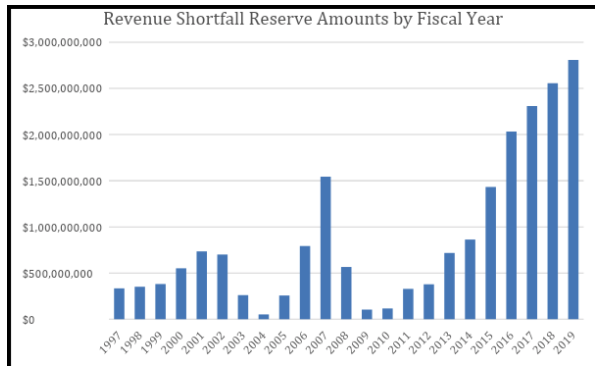 There are several sources and many ways to look at state revenue and spending. Here is an overview of the various sources of data:

U. S. Census Bureau – The U.S. Census Bureau publishes an annual survey of federal, state and local funds for each state. The information is usually a couple of years old; the latest is for FY 2017.

Open Georgia – Open Georgia is a gateway for obtaining information and key documents about how the State of Georgia spends tax dollars and other revenues to provide services to Georgians.