We’re back! After a three-year hiatus, “Checking Up On Health” is returning to the Foundation’s pages as part of Medical Monday. Look for our weekly healthcare- and technology-related policy news, views and commentaries. 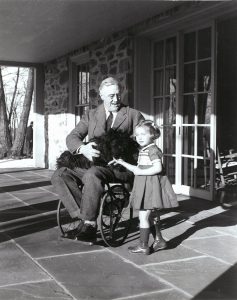 Looking back: President Trump’s COVID-19 diagnosis, treatment and apparent speedy recovery have been in the spotlight, especially amid the heated upcoming presidential election. This president isn’t the first to have to deal with illness during his term. Today, everyone knows about FDR’s polio, but it wasn’t common knowledge among voters then. Did you know, for example, that the public was told Dwight D. Eisenhower had “a digestive upset” when he’d actually had a heart attack? National Geographic explored how past presidents managed. Read more here. Increasing transparency and 24-7 coverage make it difficult to keep any secrets in the White House nowadays; in the not-so-distant past, the media were complicit in keeping the presidents’ health woes from the public.

Giving back: Congress allocated $175 billion in relief aid to hospitals and other healthcare providers to cover expenses and lost revenues tied to the COVID-19 pandemic. Several hospitals that treated large numbers of pandemic patients this spring returned grants received from the federal government. In May and June, 10 hospitals declined their high-impact payments and returned a total of $183.1 million in funds, according to data from the Centers for Disease Control and Prevention. Just two Georgia hospitals among the 17 in Georgia that received first-round payments returned them, Becker’s Hospital Review reports. On June 3, Tanner Medical Center of Carrollton returned a grant of $35.2 million and Tanner Medical Center of Villa Rica returned a grant of $27.4 million.

Backing data: Between March and July, U.S. deaths increased 20%, but only 67% of the “excess deaths” were directly attributed to COVID-19, according to a new study published on the Journal of the American Medical Association website. The study found “Excess deaths attributed to causes other than COVID-19 could reflect deaths from unrecognized or undocumented infection with [COVID-19] or deaths among uninfected patients resulting from disruptions produced by the pandemic.” Of interest, the 10 states with the highest per capita rate of excess deaths were New York, New Jersey, Massachusetts, Louisiana, Arizona, Mississippi, Maryland, Delaware, Rhode Island and Michigan.

Fighting back: GPS trackers in 3D-printed fake turtle eggs are helping trace and expose the illegal trade in see turtle eggs. The fake eggs, placed in nests on the beach in Costa Rica, were developed at the University of Kent. When the tracker, known as the InvestEGGator, is gathered up in the clutch of eggs by traffickers it can be followed to its destination, including to restaurants and bars where the eggs are sold as a delicacy. Researchers still need to work on the reliability of the trackers, which reportedly have a failure rate of 32%. For some fascinating photos and the story behind the eggs, read the Smithsonian Institution’s article here. Source: Cell.com