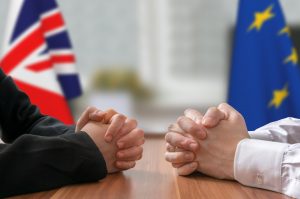 March 18: “Brexit: The Good, the Bad and the Messy,” a noon Policy Briefing Luncheon focusing on the United Kingdom at the end of nearly a half-century of European Union membership. Join Andrew Staunton, British Consul-General in Atlanta, and Zilvinas Silenas, President of the Foundation for Economic Education (FEE) and former President of the Lithuanian Free Market Institute, for a discussion moderated by Georgia Public Policy Foundation President Kyle Wingfield. Wingfield was a Brussels-based correspondent for The Wall Street Journal before moving to Atlanta. Georgian Club. Registration and networking at 11:30; event begins at noon. $35. Information, registration here.

Were you at our 29th Anniversary Celebration and Freedom Award Dinner? Visit our Facebook page to view photographs of the January 28 event at the Fabulous Fox. Tag yourself and friends while you’re there!

“Laws are made for men of ordinary understanding and should, therefore, be construed by the ordinary rules of common sense. Their meaning is not to be sought for in metaphysical subtleties which may make anything mean everything or nothing at pleasure.” – Thomas Jefferson (1823)

“Dost thou love life? Then do not squander time, for that is the stuff life is made of.” – Benjamin Franklin

Going down: The United States led the world in reducing CO2 emissions last year while also experiencing solid economic growth, according to the International Energy Agency. U.S. energy-related CO2 emissions dropped 2.9% and the U.S. decline since 2000 is “the largest absolute decline by any country over that period.” Among the reasons: a 15% reduction in coal-fired power generation and a decline in electricity demand due to milder weather.

Gas up: With benchmark gas prices in 2019 an average of 45% lower than 2018 levels, gas increased its share in U.S. electricity generation to a record high of 37% last year, the International Energy Agency reported this week.

Fracking folly: Legislation introduced in Congress would ban hydraulic fracturing, the innovative practice that has increased the supply and lowered the prices of natural gas and oil in the United States and enhanced energy security. A House bill would prohibit fracking across the nation by 2025 and within 2,500 feet of occupied buildings by February 2021. Source: The Hill

Riding high: Americans are very optimistic about the country, according to Gallup’s annual Mood of the Nation poll.  An astounding 84% said they’re satisfied with “the overall quality of life,” and Americans’ overall satisfaction with the country’s direction is at its highest point since 2005. Gallup also noted, “Average satisfaction across 27 issues is higher than when [President] Trump took office.” Issues with wide satisfaction and enormous gains include the economy (68%), “the opportunity for a person to get ahead by working hard” (72%), and military strength (81%).

At what cost love? It’s a Happy Valentine’s Day today for retailers! This year consumers are anticipated to spend an average of $196.31 and a record total of $27.4 billion on Valentine’s Day, according to the National Retail Federation.

Accountability: For decades, the Centers for Medicare and Medicaid Services (CMS) has not recouped federal funds from states with Medicaid eligibility error rates exceeding 3%, according to the Government Accountability Office. CMS plans to start in FY 2022. In Louisiana, for example, an audit found that “checking income data during individuals’ coverage period, such as on a quarterly basis, could have saved the state tens of millions of dollars in managed care fees for individuals whose incomes exceeded eligibility thresholds during their enrollment period.”

Coronavirus: The Atlanta-based Centers for Disease Control and Prevention updated to 14 the number of confirmed U.S. infections with coronavirus, or COVID-19, after a person evacuated from Wuhan, China, was diagnosed with the virus. The official toll in China reached almost 60,000 infections and more than 1,300 deaths. Read the Foundation’s recent commentary here. Source: Reuters

Pawning car titles: A new bill in the Senate seeks to cap interest rates on car title loans and limit how much lenders could collect in the event of a default. The Mercatus Center warned against such restrictions in 2009: “This misguided paternalism will instead cut many people off from much-needed cash, encourage other, more dangerous lending practices, and potentially lead to other detrimental outcomes such as bounced checks or bankruptcy.”

Going back: The Georgia General Assembly is back in session February 18. Follow the Georgia 2020 legislative session online at legis.ga.gov/.

Sputtering: A late-year surge in New York subway ridership helped December nationwide transit ridership climb 3% over December 2018. Overall, 2019 ridership was up 0.1% over 2018, according to data from the Federal Transit Administration. Without the New York City subways, ridership nationwide fell by 1.5% in December and declined 1.2% for 2019 as a whole. Source: NewGeography.com

This month in the archives: In February 15 years ago, the Foundation published, “Medical Liability: Balancing Access to Health Care, Patient Safety and Compensation.” It noted, “Bad outcomes have significant consequences for patients even if the doctor rendered the best care. A perfect system would provide swift no-fault compensation for every patient who suffers a significant, permanent, adverse medical event coupled with a professional review of each questioned case.”

Foundation in the news: The Atlanta Journal-Constitution quoted Kyle Wingfield on proposed cuts for some state agencies: “This is not the Great Recession all over again, despite some of the rhetoric you hear; we’re still talking about spending more state tax dollars this year than last year, and more next year than this year.”

Visit www.georgiapolicy.org to read the Foundation’s latest commentary, “Put the Brakes on High-Speed Rail in Georgia,” by Baruch Feigenbaum.