“One of the great mistakes is to judge policies and programs by their intentions rather than their results.” – Milton Friedman

“The more the state ‘plans’ the more difficult planning becomes for the individual.” – Friedrich Hayek

“Life is made up of constant calls to action, and we seldom have time for more than hastily contrived answers.” – Learned Hand

We’re hiring! The Georgia Public Policy Foundation is on the lookout for an entry-level development associate. Find out more at https://talentmarket.org/devo-assoc-gppf/. 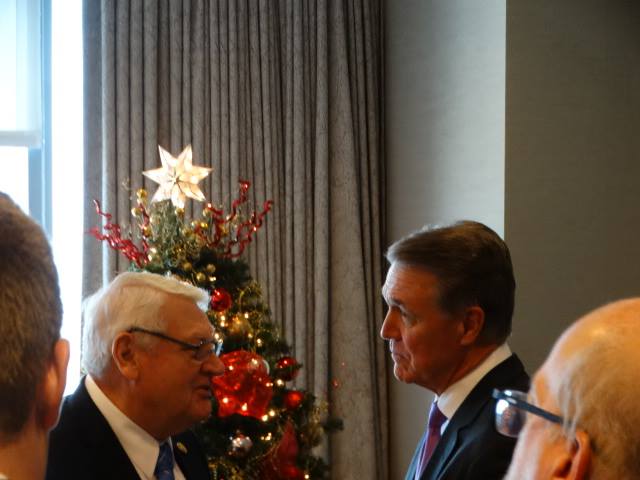 On a personal note:

Our best wishes to former Foundation President Griff Doyle, who retires April 1 after serving since 2011 as Vice President for Government Relations at the University of Georgia. He will be succeeded by Toby Carr.

Congratulations to Dr. David Martin, recently retired executive director of the Georgia Council on Economic Education and a longtime friend of the Foundation, who will be honored with a much-deserved national award from the Jump$tart Coalition for Personal Financial Literacy in Washington, D.C., on April 3.

No MARTA contract: Voters in Gwinnett County said no to a nearly 40-year contract with MARTA to take over transit services and levy a 1 percent sales tax in the county to fund transit, including a potential MARTA heavy rail expansion into Gwinnett. More than 91,000 voters turned out for the special election – just 17 percent of registered voters – and more than 54 percent of voters rejected the contract. Advocates vow to try again. Source: News reports

Yes to autonomous: The city of Chamblee (pop. 30,000) received a grant in 2018 from Georgia Tech to develop an operations plan for an autonomous shuttle project on Peachtree Road in downtown Chamblee. This week, the city council approved an application for a $10 million grant from the U.S. Department of Transportation to fund a demonstration project; the city will put up $100,000 in matching funds.

Alphabet soup: Legislators are considering a new statewide transit entity. The Georgia Mobility Department, or GMobile, would replace the Georgia Regional Transportation Authority (GRTA) and serve as “a single agency accountable to the Governor for all transit-related programs statewide.” Funding for the agency would include a sales and use tax on ride-hailing services (Lyft and Uber) and taxis and would create nine regional mobility zones.

ESAs: After a 28-25 defeat in the Senate of Education Scholarship Accounts (also known as education savings accounts), the Senate will reconsider a version of the legislation. Writing in The Augusta Chronicle, Foundation Senior Fellow Ben Scafidi notes, “Georgia has had two other small school choice programs for over a decade and they have not been the end of public education. … We should not stand in the way of giving children who do not do well in a traditional public school another path forward with an ESA.”

Enrollment: There were 3.85 million babies born in the United States in 2017, a 10.7 percent decline from the 2007 high. The ensuing decline in school enrollment has a silver lining, writes Mike Petrilli, president of the Fordham Foundation: With fewer students, school districts can be more selective in teacher hires, close down low-performing schools rather than just older schools, and increase funding per pupil without ballooning the total education budget. Source: EducationNext

It’s what you do with what you have: “Curriculum on its own, even a good one, is not a game changer,” is the conclusion of a Harvard study of middle school mathematics curricula. Writing in EducationNext, John White notes that researchers saw no evidence of differences in achievement growth for schools using different elementary math textbooks and curricula. “Absent a system of teacher preparation and support organized around a curriculum, schools have lots of tools and only partially prepared users,” White writes.

No SPLOST: Whitfield County voters on Tuesday rejected 58-42 percent a proposed 1 percent, six-year, $100 million Special Purpose Local Option Sales Tax (SPLOST). The county’s current four-year SPLOST, on track to collect $64 million, will expire on June 30. The proposed SPLOST would have started on July 1. About 13 percent of registered voters turned out for the special election. SPLOSTs were approved in Clayton and Barrow counties.  Source: News reports

More than enough: The United States has a population of 327.9 million but mobile subscriptions of 347.4 million, or 106 percent of the population, according to the Digital 2019 Global Digital Yearbook. There are 312.3 million internet users (95 percent penetration), 230 million active social media users and 200 million mobile social media users. The average time spent using the internet is 6.5 hours a day. Source: Hootsuite.com

Testimony: Kyle Wingfield testified this week on health-care waivers before the House Health and Human Services Committee. Watch his testimony at the 1:25:45 mark.

Foundation in the media: The Moultrie Observer and The Fayette Citizen published Benita Dodd’s commentary on local governments’ architectural ordinances and The Marietta Daily Journal published her letter to the editor on the issue.

This month in the archives: In March 10 years ago, the Foundation published, “Georgia ‘HOT’ on the Trail of Congestion Relief.” It noted, “Legislators are feuding over whether Georgia transportation reform should occur via a regional, statewide or governance approach. What they should focus on is the most cost-effective strategy to reduce urban traffic congestion: investments outside the costly, crowded urban region.”

Visit www.georgiapolicy.org to read the Foundation’s latest commentary, “Gwinnett Has Time to Do Transit Right,” by Benita M. Dodd and Dave Emanuel.