A reminder: Your weekly FRIDAY FACTS is made possible by the generosity of the Georgia Public Policy Foundation’s donors. As the year draws to a close, we ask that you consider making a tax-deductible contribution to help advance our important mission by clicking here.

February 7, 2019: Mark your calendar for “Romance of the Rails,” a Policy Briefing Luncheon with Randal O’Toole of the Cato Institute. Details to follow. 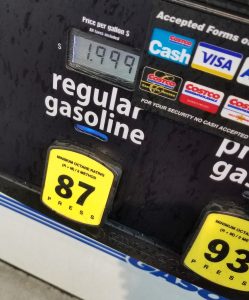 “We have created a false dichotomy between urban and rural America by cherry-picking places like San Francisco and New York and pitting them against equally specific examples of rural America, like Appalachian Kentucky. We have painted a portrait of an out-of-touch elite vs. an angry populist movement. But both are tiny minorities of the population. Most Americans aren’t in the top 1 percent and don’t attend Pilates classes or read the New Yorker. But neither are the lives of most rural Americans captured in the pages of ‘Hillbilly Elegy,’ nor are they angry and resentful of globalization and Manhattanites.” – Elizabeth Currid-Halkett, “The False Stereotype of Two Americas”

“Tocqueville found that American manners, while less ornate than those of our aristocratic ancestors across the pond, were more benevolent and sincere. We were kind to others because of our shared humanity, not because we owed anyone submissivness. A boss and a subordinate were fundamentally equal: ‘Within the terms of this covenant the one is a servant, the other a master; beyond it they are two citizens, two men.’” – Alexandra Hudson

“Many people hardly ever see a politician as a person anymore. Instead, a politician is a shadow they watch on television, not knowing whether he is speaking impromptu or reading a text written for him by anonymous advisers or experts from a screen hidden behind the cameras. Citizens no longer perceive their politician as a living human being, for they never have and will never see him that way. They see only his image, created for them by TV, radio and newspaper commentators.” – Vaclav Havel 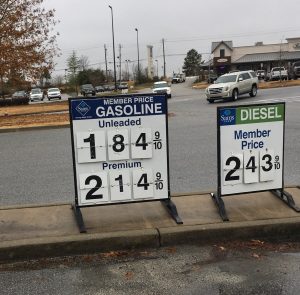 Short and sweet: The Internal Revenue Service published its redesigned Form 1040, along with six related tax schedules, for next tax season after changes under the Tax Cuts and Jobs Act promised to simplify the tax preparation process. While the new form is not quite postcard size, as originally promised by the Republicans in Congress who pushed through the new tax law at the end of 2017, it is considerably shorter than last year’s Form 1040, Accounting Today reports.

We have a winner! Mongolia’s VAT revenue has grown 33 percent since it began enrolling citizens in a lottery, and Accounting Today reports the north Asian country has expanded its tax base by almost half since 2016. How? It prints a lottery ticket on every retail receipt when the 10 percent value-added tax is paid, so consumers insist on paying the tax at the register to get the ticket. Mongolia’s shadow economy – when retailers cut costs by failing to report sales to the tax office –  has been estimated at 16 percent of GDP.

Up: The U.S. oil industry is delivering a one-two punch to Middle East producers already reeling from a collapse in prices, Bloomberg reports. Light oil pumped in U.S. shale fields is increasingly making its way to Asia, undercutting sales by the likes of Saudi Arabia. Additionally, America is exporting a record amount of refined fuel, contributing to a global glut in gasoline and naphtha. That’s hurting some of the biggest members of the Organization of Petroleum Exporting Countries as they prepare to curb crude output in a bid to stabilize the market.

Down: Gasoline prices are less than $2 a gallon at almost one in five gas stations in the country. As many as eight states could soon have an average price of under $2, USA Today reported last week, citing data from GasBuddy. “At $2 a gallon, they are as low as they were back in 1986, after adjusting for inflation,” Investor’s Business Daily notes.

Falling  short: Some U.S. natural gas trading dipped below zero last month, reflecting a glut of production and not enough capacity to bring gas to market. The Wall Street Journal reports shale drillers in the Permian Basin are producing vast amounts of gas as a byproduct of prospecting for oil. But there aren’t enough pipelines to take all the gas to market, causing some of it to become landlocked and sending local prices into free fall.

By the numbers: The Foundation website’s top 10 reads in 2018, according to Google Analytics: