We asked Georgians to share their health plan experiences under the Affordable Care Act.
Here are some of their stories.

‘Services fell to the point that we looked at medico-tourism’ 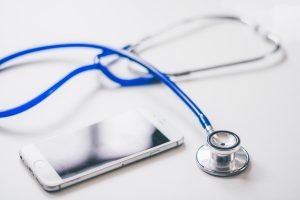 Affordable Care Act? My wife and I and one child; insurance has tripled in the past three years. Last year was $18,000 with over $10,000 in deductibles and we are relatively healthy. … A skin cancer surgery about five years ago; a heart scare about eight years ago (that turned out to be nothing).

Each year the price rose staggeringly, the deductibles increased and the services fell to the point that we looked at medico-tourism to Mexico as a realistic option when minor hernia surgery was going to cost me $8,000 out of pocket because we hadn’t met a deductible.

This year we moved to a faith-based program. No telling how that is going to work, but health care had gotten insane. To make it worse, the few meds we do take are constantly challenged by the insurance company, which requires us to spend additional personal time providing “proof” these were medically necessary.  It made my head spin.

‘Premium is lower but choices are few’

I had a Humana Silver POS plan with a very low deductible for three years. Last fall, I got a letter stating this plan was no longer available. I was offered my choice of four BCBS Georgia Pathway plans (HMOs only) through the marketplace with much higher deductibles. But the gynecologist I have had for 21 years does not accept the plan. The premium is lower but the choices are fewer.

The plan is comparable as far as services to price, but the difference is the choice you lose when you go from a POS plan like Humana as opposed to an HMO like BCBS. On the positive side, at least my physician accepts it. 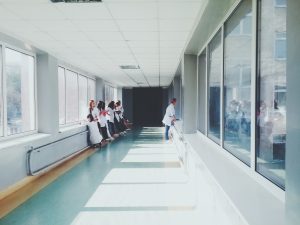 I spent days trying to get coverage; they dropped me through the cracks so I went every year without coverage. When I did get coverage, it was close to $400 a month with a $6,500 deductible. I had to go through cancer screening and diagnostic testing, but the diagnostic testing wasn’t covered until after the deductible was paid. I owe the medical center money, but thank goodness I was clear of cancer (Grandma died from breast cancer) Because of what I went through financially during those two or three months of appointments, I wasn’t able to continue with coverage. I’m over a year now paying for medication out of pocket, and I have to take something that there’s no generic for.

A blessing our plan ‘only’ went up 16 percent

The market is shrinking in Georgia. Four of the nine carriers that previously offered plans on the exchange exited at the end of 2016. While this meant less for metro Atlantans, the counties outside the metro area lost options; Blue Cross Blue Shield of Georgia is the only carrier that offering exchange plans in all 159 counties in Georgia for 2017. Georgia’s average premium increase was expected to be 25 percent, so we at the Foundation count it a blessing that our plan “only” went up 16 percent. This was despite the staff and our health being the same as it was last year. At least we have options!

In 2013, I was laid off from my job with Blue Cross Blue Shield of Georgia. When the COBRA notice arrived, we began to look for new coverage and found a little policy with HumanaOne that was just great for our family. All of our doctors were in the POS network. While the deductible was around $5,000 per person ($10,000 per family), it afforded us three doctor’s office visit co-pays per year not subject to that deductible and a generic drug copay.

We paid $649.15 a month for our family of five, substantially less than the COBRA premiums, and we were really happy with the choice. 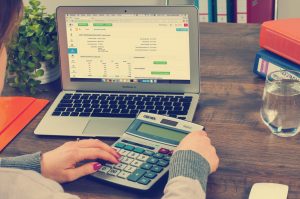 In 2014, Humana informed us the plan was non-conforming to the ACA and offered us a number of plan choices, all more costly than the plan we originally purchased. We are rather healthy and literally chose the plan with the cheapest premium.

Our new, coerced choice took effect February 2015. The premiums went up to $788.15 and the benefits shrank. There were no more physician copays nor any generic drug benefit. We were in a $6,600 individual/ $13,200 family deductible plan with all services subject to satisfaction of the deductible. Luckily, our doctors were all still in-network so we just toughed it out.

In late 2015, Humana again informed us we would be forced into an ACA-compliant plan (essential benefits and metal distinctions). Again, we chose the least costly premium. The $1,187.62 per month represented an increase of $399.47 per month for our family for a Bronze HSA compatible plan. There was no first dollar coverage and our deductible was still high at $6,450 individual/$12,900 family. While we kept our doctors, we had little else.

In late 2016, Humana announced it was exiting the market. After extensive searching, we chose Ambetter Bronze, to avoid the fine associated with the individual mandate.

Not one of our doctors is in-network. We actually still do not have ID cards even though we have now paid two premiums.

We have determined that we will pay our doctors cash and ignore our plan, which is actually more of a hassle than just paying.

When I graduate law school in May, John and I hope to legitimately form a group to enter the small group market. Although it will be pricey, there are still tax benefits associated with group coverage, and we might actually find a plan that puts our doctors back into our network.

I took the time to write this and pull this information together precisely because John and I are NOT average. We uniquely understand insurance; he regulated Georgia’s industry for 16 years and I sold the products for as long. The only comfort is the increase in premiums has inconvenienced us rather than financially destroyed us.

Yet each time that Humana mail came, I felt powerless and violated just like so many others whose positions were and are far much worse than mine. The ACA is an indiscriminately terrible law.

As for ‘keeping my doctor’ …

My experience started with the increases of premiums, deductibles, co-pays and the 20% payment of what the final charge was for the doctor bill.

First, my premium went from $425/month for my family of three to over $1,000 in 2 years. We ended up dropping my husband from our policy and my daughter’s father picked up her premium, leaving me to pay $506/month just for myself on the “Silver” plan I purchased from Healthcare.gov. My deductible was $2,000 with a co-pay that changed with every doctor visit, along with a 20% co-pay of the final bill. 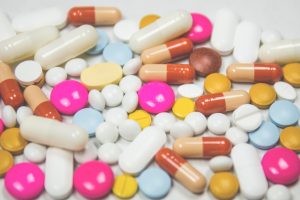 As for “keeping my doctor,” that was not true either. I’ve been seeing my family doctor since I was 23 years old (I’m 51 now) and I could not see him because the United Healthcare plan that I purchased through Healthcare.gov was not accepted at his office (I did not know this before I purchased it because the website showed him as a doctor on the list). I had to get a new primary care doctor (never saw that doctor, just his assistant). Before I could go to my specialists that I’ve been seeing for years, I had to get a referral from the primary care physician which meant 2 doctor visits… PCP then Specialist.

So, I decided to opt out of health insurance this year and pray I don’t have anything major happen to me. I am taking the $506/month I spent on my premiums last year and setting it aside for anything that may come up. Surprisingly, my medications are about the same cost without insurance, so no big loss there.